Where Trains Once Rolled, Bicyclists and Runners Set to Roam 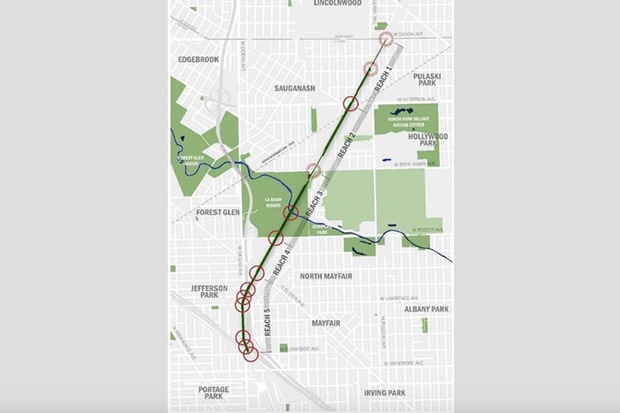 A map of the proposed Weber Spur Trail on the Northwest Side. [Chicago Department of Transportation]

NORTH PARK — With the last trains having made their final run on the Weber Spur decades ago, city officials unveiled plans Tuesday to turn the defunct rail line into a multi-use trail in an effort to make it easier for those on two wheels get from the Northwest Side to Downtown.

The Weber Spur, built in the 1890s to relive congestion along the rails packed with freight trains and passenger trains, is now home only to lush vegetation, wildlife and the occasional runner, bicyclist or hiker brave enough to ignore the "No Trespassing" signs.

Ald. Margaret Laurino (39th), whose ward would be bisected by the proposed trail, said it was a "great project" that would bring much-needed new recreation opportunities to the Northwest Side.

The trail would begin at Devon Avenue, just south of Chicago's border with Lincolnwood. It would head southwest to Peterson Avenue, in Sauganash, where it would link up with the Sauganash Trail. From there, the trail would cut through La Bagh Woods, part of the Cook County Forest Preserve District, and meet an extended North Branch Bicycle Trail that would allow outdoor enthusiasts access to the north suburbs.

Heather Cherone says the project could still be years away:

From Foster Avenue east of Cicero Avenue, the initial phase of the Weber Spur trail would end at Elston Avenue, and connect to the bicycle lanes that lead Downtown.

Approximately another mile of the trail could be built from Elston south to Cicero and Sunnyside avenues, but Chicago Department of Transportation Deputy Commissioner Janet Attarian said Tuesday night that could be difficult and expensive.

Ald. John Arena (45th) has urged city officials to extend the trail alongside the former Mayfair Lumber site, near Cicero and Lawrence avenues, which city officials are in negotiations to buy in order to move a Streets and Sanitation facility as well as a Water Management maintenance yard.

But that would mean crossing Cicero Avenue as well as the Kennedy and Edens expressways and assuming the liability for those bridges, Attarian said. That 0.7-mile stretch would cost more than the other 1.3 miles of the proposed Weber Spur trail, she said.

"It would be very challenging," Attarian said, adding that the trail in that location would have great views of Downtown and potentially would be an asset to the trail system.

City officials cautioned that the process of transforming the 2.7-mile stretch of unused railway also known as the Mayfair Cutoff was in the early stages, and work was not likely to begin in earnest for another three years at the earliest, Attarian said.

It is also unknown how much the project would cost, Attarian said.

Instead, the session held Tuesday at North Park University was designed to gather feedback about what the trail should look like and what it should feature — ranging from bicycle repair stations to plazas and picnic tables. 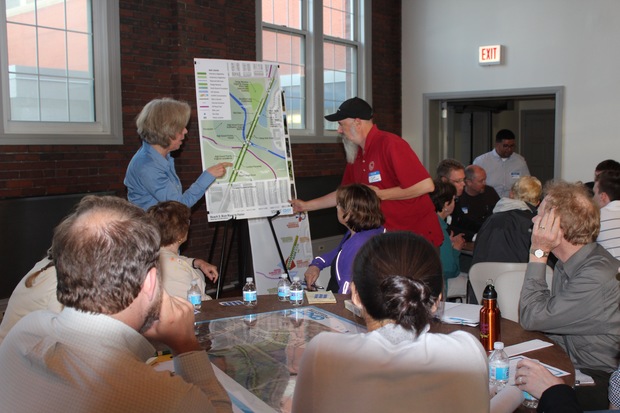 The city is counting on federal money to buy the 24.5 acres of land once the design for the trail is in place. Another meeting will be held this summer to begin developing concrete plans, Attarian said.

The proposed trail would be just as long as the Bloomingdale Trail, or the 606, which is scheduled to open next week, but otherwise would not have much in common with the urban trail through Wicker Park, Attarian said.