JEFFERSON PARK — A plan to raise taxes in the Jefferson Park Business District by an average of $1,100 a year to fund an effort to fill empty storefronts and spruce up the commercial district along Lawrence and Milwaukee avenues got a cool reception from residents Thursday night.

While the several dozen Jefferson Park residents who attended a community meeting agreed something needs to be done to bring new life to the business district, many were upset homeowners were being asked to foot the bill for improvements designed to attract more shoppers to Milwaukee Avenue between Montrose Avenue and the Kennedy Expressway, as well as to Lawrence Avenue between Austin Avenue and the Kennedy.

"This is a hardship," said Paula Stecker, who helps run the condominium association at 5840 W. Lawrence Ave. "Our residents cannot afford this unfair taxation."

But city regulations and state law require Special Service Areas to be contiguous regardless of the kind of the properties involved, said Lionel Rabb, the president of the Jefferson Park Chamber of Commerce.

"We would love to exclude residential properties," Rabb said, adding that the chamber has to follow the rules laid out by the city. "We're locked into this."

A more lively business district would benefit everyone in the area by making their properties more valuable, Rabb said.

"We're not talking thousands of dollars, we are talking hundreds of dollars a year," Rabb said.

There are five single-family homes in the proposed Special Service Area, whose owners would see their taxes rise by about $300 a year. The owners of the 386 condominiums in the area would pay an additional $200 a year, officials said.

Ron Ernst, a member of the Jefferson Park Neighborhood Association, said the tax hike would hurt middle-class residents and seniors on a fixed income.

"It is just not fair," Ernst said, adding he planned to petition city officials to change the regulations.

A survey conducted in March by the chamber found "overwhelming" support for a tax hike to benefit the business district, chamber executive director Amie Zander said.

"This is a logical step," Zander said. "We are falling behind other business districts that have" Special Service Areas.

Approximately 51 percent of Jefferson Park residents and business owners said they did not think the area was "conducive to business success." In addition, a majority of people said they were unhappy with the cleanliness of the district and the amount of plants and flowers, according to the survey.

Most said they would be willing to pay higher taxes to attract more businesses to Jefferson Park and help the existing businesses thrive, according to the survey.

Larry Fisher, who has owned Heatmasters near Lawrence and Central avenues for 30 years, said he could remember when Jefferson Park was a vibrant hub thrumming with shoppers. That ended with the rise of the malls in the 1980s, he said.

The additional money would be used to clean up around two CVS drugstores and a Jewel grocery store in the proposed area, which are typically covered in litter, Rabb said.

Fisher, a member of the advisory committee crafting the proposal, said one of the first things he would recommend would be to hire a crew to clean up the garbage along the fence that separates Ainslie Street from the CTA railroad tracks.

The steering committee that has been working to establish the special service area has set a tentative annual budget of approximately $220,000 to fund efforts to attract new businesses by hiring real estate brokers to market the empty storefronts as well as to push Jefferson Park as a great neighborhood to open a business, Zander said.

The initial budget proposes to spend the largest chunk of money — $82,000 — on fixing up public property and improving the area's aesthetics, officials said.

Taxes could rise annually based on a vote by the special service area's commission, made up of members named by Mayor Rahm Emanuel.

The initial proposal calls for Jefferson Park businesses to pay 0.45 percent of the equalized assessed valuation of their property by Cook County officials to the special service area, officials said. The tax rate would be capped at 0.75 percent of property's value during the 10-year term of the plan, officials said.

The proposed Jefferson Park Special Service Area is based on the successful effort in the Six Corners Shopping District, which helped attract more than two-dozen new businesses and begin to reverse decades of decline, officials said. 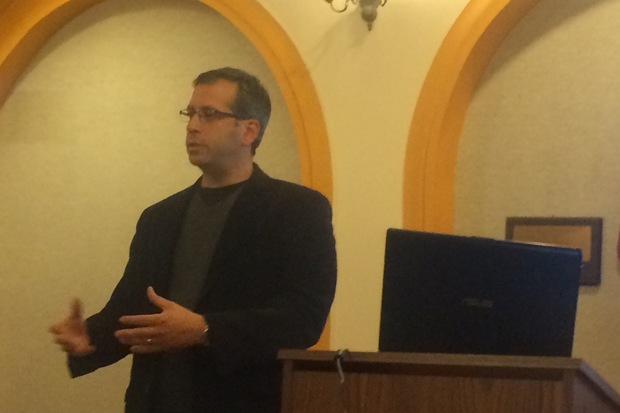 Ald. John Arena (45th) said a Special Service Area was a good way to benefit the community, and praised the impact it has had at Six Corners in Portage Park.

Since the money is controlled by a board made up of local residents, rather than the City Council, it can be used quickly to make a real impact, Arena said.

"I think Jefferson Park has even more potential than Six Corners," Arena said, noting the neighborhood's proximity to several bus lines, the CTA Blue Line and the Metra.

Another community meeting will take place at 6:30 p.m. May 21 at the Copernicus Center, 5216 W. Lawrence Ave., to give residents another chance to weigh in on the proposed tax hike, which must be endorsed by 20 percent of the 703 property owners in the area, Zander said.

The final application for the tax hike is due to the city June 12. If approved, residents would see the increase on the second installment of their 2016 property tax bill, officials said.