She loves the sport so much, the Old Town resident is willing to risk injury and her planned career as a prosthodontist — which she has spent more than a decade pursuing at a cost of hundreds of thousands of dollars.

Last year, Alberts was in her third season as a wide receiver/safety with the Chicago Bliss, a member of the six-team Legends Football League. She's suffered a concussion and broken rib, but — knock on wood — no injuries yet to her hands, which she'll need to perform surgeries and other procedures on repairing and replacing teeth as a prosthodontist.

The Washington University in St. Louis graduate in biology and anthropology also has a degree from the University of Illinois at Chicago College of Dentistry and, in 2015, was in her final year of UIC's three-year advanced prosthodontics program.

"My parents, they were both upset, especially initially," Alberts said. "They couldn't believe I could do something to hurt my career, and they couldn't understand the reasoning behind it. ... But I fell in love with football. I've had this fight with multiple people who say it's totally awful to women. And I tell them, 'I see your point, but I'm still going to play.'"

Justin Breen says Alberts understands what others think of the league:

Competitive On And Off The Field

Growing up near St. Louis in downstate Smithton, Ill., Alberts was an all-state volleyball, basketball and track star at Freeburg High School, where she also was named valedictorian. She was all-American in volleyball and track at Washington University, winning a volleyball national championship in 2007.

"Alli is an absolute perfectionist, along with literally being cognitively at a genius level," said Alberts' sister, Megan, an eye doctor.

Alberts has lived in Wrigleyville, Wicker Park and now Old Town since moving to Chicago in 2009, when, for the first time since third grade, she wasn't on a high-level competitive team.

In 2012, she was flipping through the channels when a Legends Football League game came on. Alberts said she was immediately hooked with the players' toughness and skill and didn't mind that they were wearing the equivalent of a bikini with limited padding and a hockey-style helmet with a clear visor.

She successfully tried out for the 3-0 Bliss, which does not pay its 20-some players, and has been one of the team's stars in her three seasons.

"She has amazing talent and could overshine all of us, but she recognizes that every win is completely a team effort," said Bliss tight end Deena Fagiano, who's also Alberts' roommate.

Said Alberts' mother, Shari, an emergency room nurse: "She represents all-around excellence in the classroom and on the court or track. We weren't too happy when she said she was going to play in the LFL, but we have learned to embrace yet another chapter in sports with Alli." 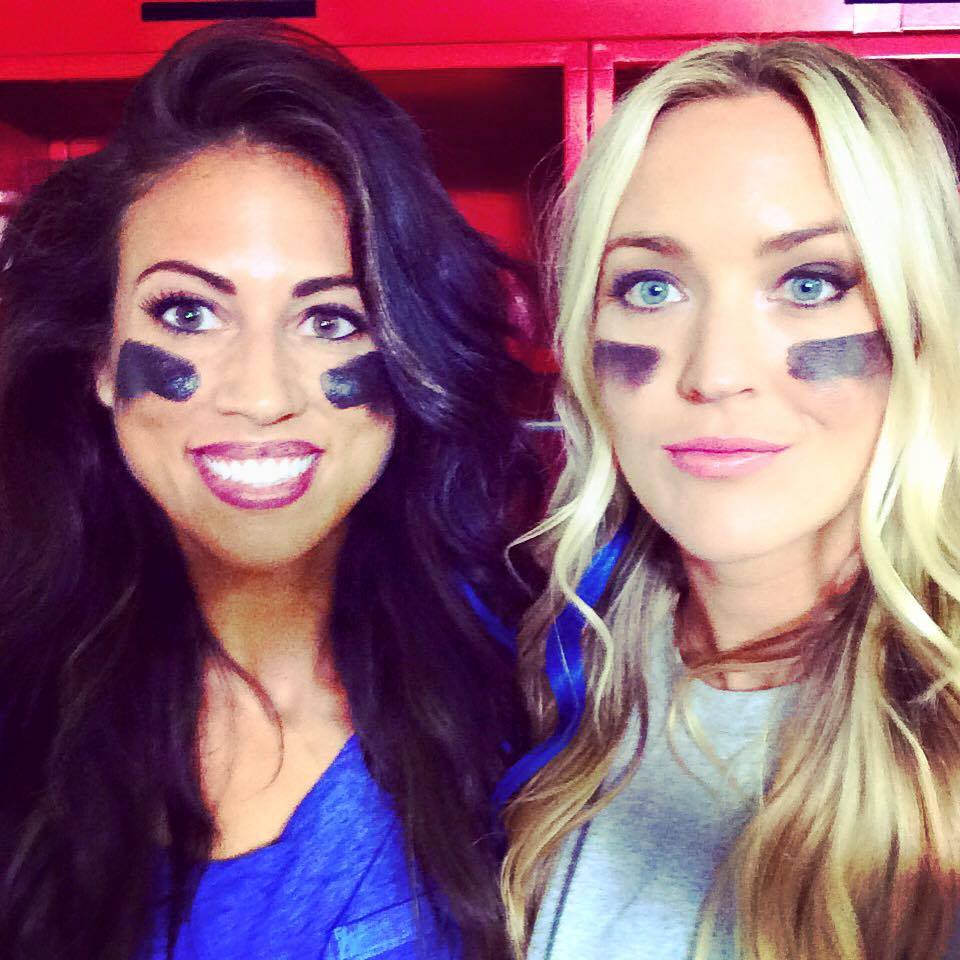 At a recent home game at Toyota Park in suburban Bridgeview, Alberts also demonstrated her beer-chugging ability. Named the game's MVP, she was given a bottle of beer and was asked to spray it everywhere. Instead, she tipped it over and downed it in seconds. Video clips of the episode went viral.

"I've always been a champion beer chugger," Alberts said. "And I've had so many proposals after that beer chug, on every form of social media."

Megan Alberts noted her sister "isn't just a bimbo girl chugging a beer." But most of Alberts' fans don't know she's a prosthodontist, and she tries to keep her football life a secret from her patients.

"I don't tell them or I avoid the question as much as possible, even when they ask me why I have a bruise on my elbow or somewhere else," Alberts said.

A Passion For Fixing Smiles

Alberts has been obsessed with teeth since she was 16, when she had two teeth replaced with crowns. She said her doctor didn't listen to her in terms of how she wanted the crowns to look, and Alberts went through five more procedures in the next decade to fix the problem.

"I didn't want anyone else to go through what I went through," Alberts said. "I didn't like my smile growing up. I was uncomfortable smiling big and I always practiced making my smile smaller. I've only liked my smile for the last two years."

Alberts' residency program is teaching her how to repair and replace teeth with crowns, bridges, veneers, inlays, dentures and implants. She spends about 60 hours a week taking classes, visiting patients and doing the actual procedures.

When she graduates next year, she'll likely join a private practice in the Chicago area because she's not ready to quit playing football. In the offseason, she is the only woman on her flag football team. With the Bliss, she has two three-to-four-hour practices with the team each week plus does her own conditioning. 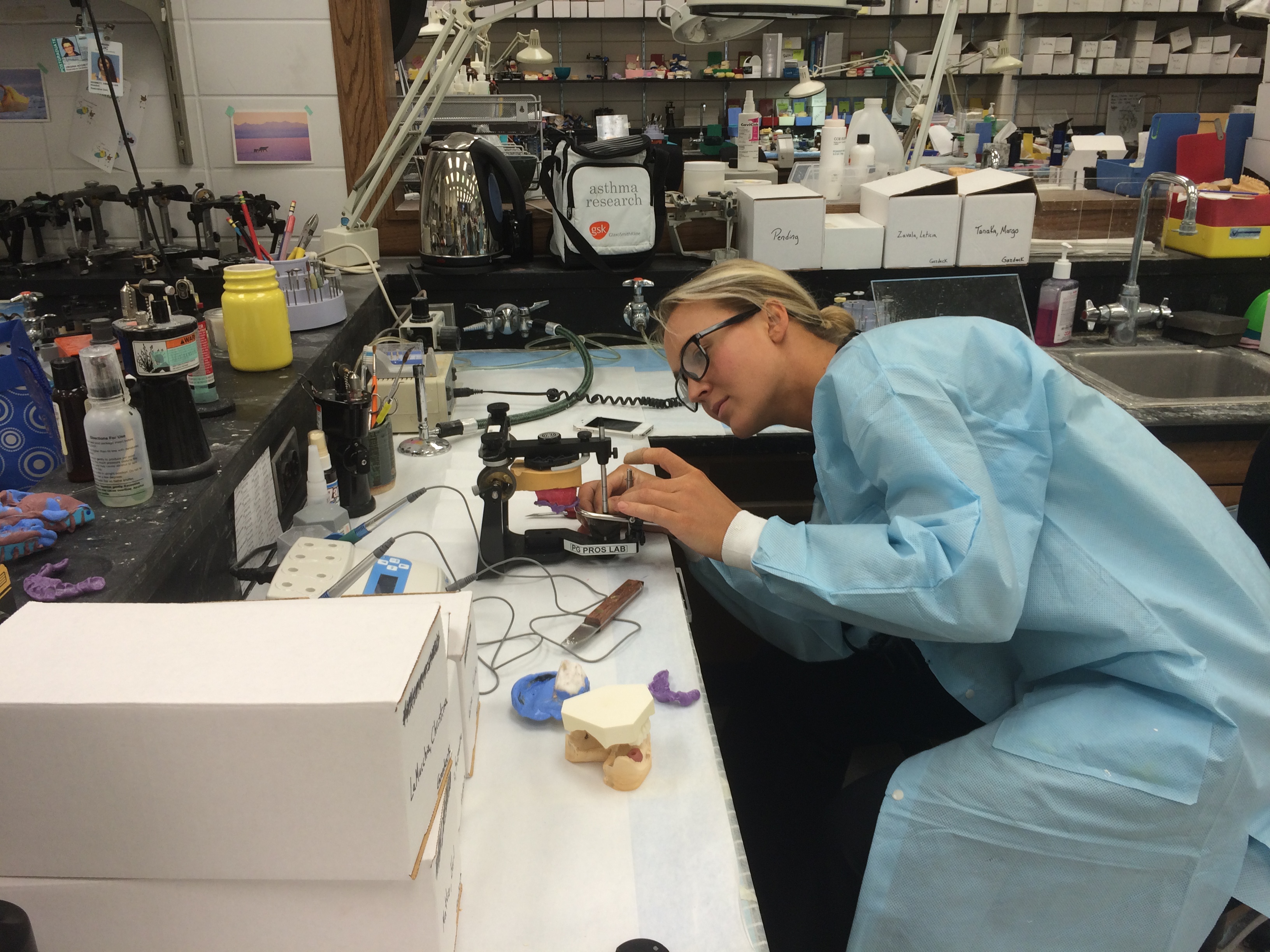 The Bliss practices in full football pads, but the players wear a much-stripped-down version during the actual games.

"You get these fluffy, little s--- pads," Alberts said. "There's barely any plastic. When you're playing, you don't feel [the hits], but the next day you feel like you're in a wreck. I've been in car accidents before, and this is much worse."

And Alberts said she doesn't mind showing off her body in the Bliss' skimpy uniforms.

"It's pretty clear what [the league] is trying to spotlight," Alberts said. "It's all very clear what's going on, but for me, it's giving me a platform to play and have a good time. And in some ways, this is a way to get people to watch the women's game." 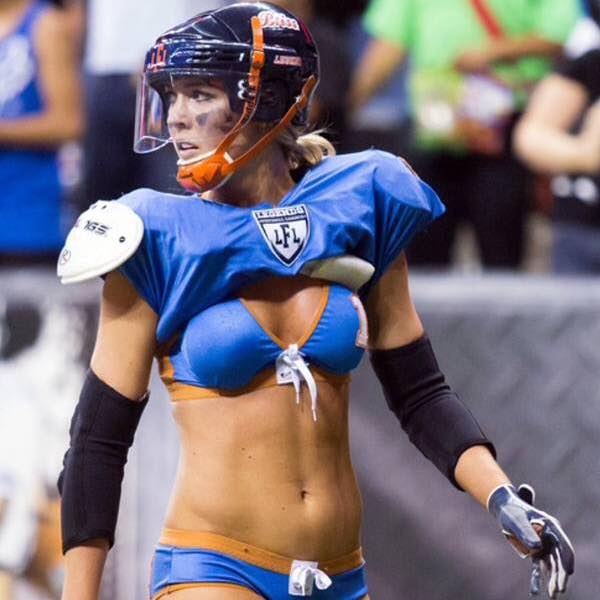 Put Your Money Where Your Pride Is: The LGBTQ Businesses Of Chicago