By Heather Cherone |&nbspMay 13, 2015 6:25am
@HeatherCherone
Twitter Facebook Email More
The Dunning Tax Increment Financing District, due to expire at the end of the year, should be extended for another 12 years to fund a proposed new high school near Oak Park Avenue and Irving Park Road, Ald. Tim Cullerton (38th) said
View Full Caption
City of Chicago

DUNNING — The Dunning Tax Increment Financing District, due to expire at the end of the year, should be extended for another 12 years, a city commission unanimously decided Tuesday.

The proposal now heads to the City Plan Commission May 21 and then to the City Council in June with the unanimous recommendation of the Community Development Commission.

"This is a classic example of what a TIF is designed to do," Cullerton said, adding that he hoped a school would be built on the 235-acre property as well as athletic fields and a park.

The extension of the TIF district could also help nearby businesses get grants, Cullerton said.

Thomas Kurian, the city official overseeing the proposal to extend the TIF, told the commission most of the feedback received by city officials had been positive.

If the extension is approved by the City Council, the extension of the TIF district to 2027 could generate $60 million, according to the proposal from the city's Department of Planning and Development. The proposed budget would earmark $47 million for "public improvement and public facilities."

A new high school — which has been a proposal without plans for years — would relieve the space crunch at Taft High School, which is the most crowded public high school in Chicago.

The TIF district, which was established in 1991, is on the grounds of the former Chicago-Read Mental Health Center and adjacent to the Dunning-Read Conservation Area, a 23-acre oasis of wetlands and woodlands being restored to its natural state near Irving Park Road and Oak Park Avenue.

Jason Quaglia, a Portage Park resident, was one of two people to testify at Tuesday's public hearing, and said the extension of the TIF district should specify that any school built on the property with TIF funds should accept students from the surrounding neighborhood, and not admit pupils through a selective-enrollment process. 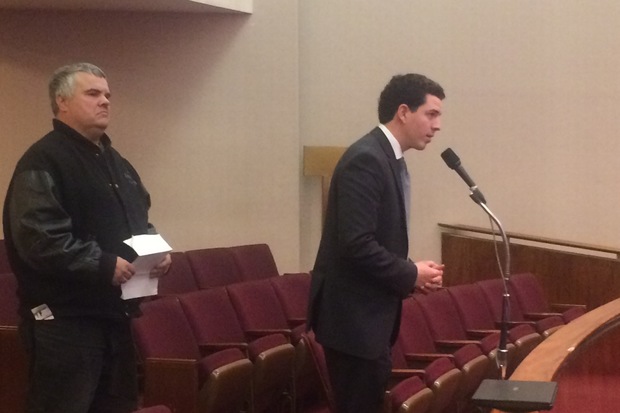 In addition, the woodlands should be preserved in perpetuity and an certain percentage of the land should be used in conjunction with a possible high school and nearby Wilbur Wright Community College, Quaglia said.

Tax-increment financing districts capture all growth in the property tax base in a designated area for a set period of time, usually 20 years or more, and divert it into a special fund for projects designed to spur redevelopment and eradicate blight.