CHICAGO — Mayor Rahm Emanuel just added a hammer to his toolbox to smack down "problem" bars.

Two days after a pair of men was shot dead outside a Bucktown nightclub with a documented history of violent crime in March, the city moved to beef up the police superintendent's power to act decisively against problem bars.

And on Wednesday, the City Council passed an Emanuel-sponsored ordinance that empowers Police Supt. Garry McCarthy, and his successors, to immediately close any establishment that poses a threat to public safety.

The ordinance gives the police superintendent the authority to close an establishment for up to six months. And after that, closure could become permanent if the owner doesn't take steps to ensure public safety.

“We have heard from residents in our neighborhoods who want irresponsible business owners held accountable when they put public safety at risk, and this additional enforcement tool will help us accomplish that," Emanuel said after the measure passed.

Paul Biasco says the burden is now on bars to prove they're safe:

Once the police superintendent decides to shut a bar down, an owner can request a hearing to make his or her case.

The hearing officer in those cases? The mayor.

The ordinance also shifts the burden of proof to the owner to show that the business has made necessary moves to prevent any future incidents.

In order for the police chief to shut a business down, one of the following offenses must have occurred: a murder, illegal discharge of a firearm, aggravated assault or battery, criminal sexual assault or any action that causes another person to become unconscious, have severe bruising or bleeding or disability.

Emanuel and Ald. Brendan Reilly (42nd), who had been dealing with crime issues at Nouveau Tavern in River North, introduced the ordinance two days after the shooting outside the Bucktown club called Dolphin.

A mayoral spokeswoman said the ordinance had been in the works for months before the Dolphin shooting.

Currently the city can temporarily close an establishment after a violent offense takes place while an investigation is being conducted, but once the investigation concludes, the establishment can reopen pending the outcome of a license disciplinary hearing. That hearing can take up to six months to complete.

Shootings and other violent crimes connected to Chicago nightclubs have made headlines over the past year, including a number of high profile incidents.

Incidents connected to the Funky Buddha, Sawtooth in the West Loop and Riff Music in the South Loop top the list. Shootings at those clubs, in some of the city's hottest neighborhoods, put neighborhood pressure on ward leaders.

The Dolphin incident in particular put pressure on Emanuel and the city's finances in light of a lawsuit filed against both the Dolphin's owner and the city claiming the club should have been previously shut down.

Other shootings have resulted in clubs being shut down, but the process to close them in some cases, such as at the Funky Buddha in River West, were drawn out. Loopholes in the law allowed businesses to remain open for years by fighting city actions in court.

The Dolphin has been the site of numerous shootings and stabbings over the years and was closed in 2010, but reopened "per a court order."

DNAinfo Chicago analyzed the city's extensive crime data and found there have been 11 aggravated batteries, 11 assaults and one sexual assault in the immediate area of the Dolphin since 2013.

The nightclub has remained closed since the morning of the March shooting. The owner of the Dolphin voluntarily closed for 60 days, according to John Holden, a spokesman for the city's Law Department.

After a recent shooting, a looming eviction and a legal battle with the city, Sawtooth Restaurant and Lounge on Randolph officially closed in April. That closing came after an early-morning shooting March 28 near the club, 1350. W. Randolph St. A 29-year-old man was critically injured in the incident.

The troubled restaurant and lounge was also facing an eviction and city attempts to revoke its liquor license.

In a pending license disciplinary case, the city alleged violations against owners of the club including subterfuge, illegal expansion and illegally operating a restaurant as a tavern, said John Holden, spokesman for the city's Law Department.

Two other Sawtooth shootings in the last two years made headlines. In December 2014, a 35-year-old man was walking in the 1300 block of West Randolph Street and two men opened fire, striking him in his left thigh, according to police. In March 2013, a 26-year-old man was shot in his leg in an early morning shooting outside Sawtooth. More than two dozen police cars responded to the shooting because of a fight that reportedly broke out about the same time. 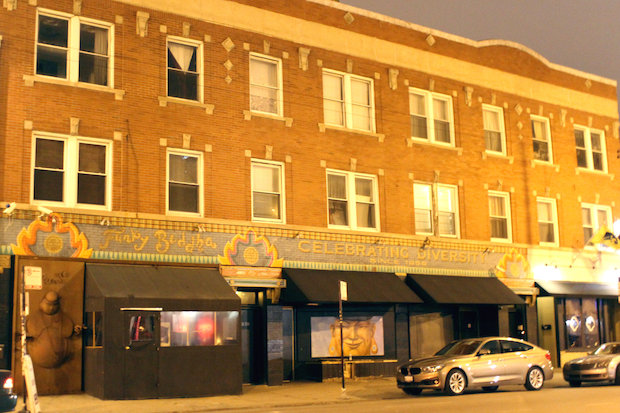 In one of the shootings, captured on a 77-second surveillance video provided to DNAinfo Chicago, the shooter was working at the bar as a security guard. A second shooting prompted an off-duty Cook County Sheriff's officer to shoot a man after he witnessed him shooting at a group of people outside the club.

In December, Funky Buddha voluntarily closed its doors for seven days. Less than a week later, Ald. Walter Burnett Jr. (27th) said that the bar's co-owner, Nick Stavropoulos, indicated that he planned to sell the business and would close the bar within 10 months. The bar had closed for good in February.

The Nouveau Tavern is an outlier in the conversation because the city brought swift action down on the bar/restaurant, though there have not been any shootings or stabbings connected to the establishment. 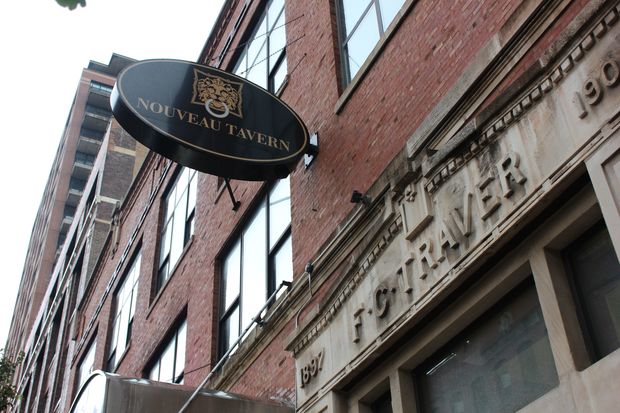 Ald. Brendan Reilly (42nd), who cosponsored the ordinance, has called Nouveau Tavern (358 W. Ontario St.) in River North a "consistent source" of 911 calls in the neighborhood. Police in October arrested Nouveau patrons on aggravated assault and gun possession charges, among other offenses, and Reilly has asked concerned neighbors to appear at related court hearings.

"Like most neighbors, I am incredibly frustrated with the multiple steps of 'due process' that has been afforded this establishment as they continue to violate city laws and negatively impact quality-of-life for residents," Reilly wrote to constituents in October. "I continue to press the city to expedite these processes as fast as possible."

Nouveau, whose owners have maintained they are unfairly targeted by Reilly and police, was briefly shut down by police over a licensing issue last year. City lawyers last month also moved to close the business through its Drug and Gang House ordinance before a deal was reached allowing Nouveau to reopen strictly as a restaurant.

"Neighbors shouldn't have to sacrifice their quality-of-life while the owners of these irresponsibly managed businesses game the system and take advantage of legal loopholes to stay open and wreak further havoc on the community,” Reilly said. “This ordinance will help us address a number of problem establishments and I applaud its passage."