Here's What The Latest Streeterville Tower Could Look Like

STREETERVILLE — A 45-story, oval-shaped apartment tower with a rooftop pool is the latest high-rise proposed in Streeterville.

Chicago-based Jupiter Realty met last week with the real estate committee of a neighborhood group to discuss the 444-unit tower it wants to build at 465 N. Park Drive. The site, owned by insurance giant MetLife, has sat vacant since a pre-recession apartment building by another developer failed to launch.

If built, the tower designed by Chicago-based Pappageorge Haymes would feature 181 parking spaces within the building, a street-level restaurant, and two rooftop decks, including one with a pool, according to the Streeterville Organization of Active Residents. The apartments would be mostly studio and one-bedroom residences that include balconies.

Dave Matthews outlines what's next for the proposed development:

"What we've seen so far is quite positive," said residents group President Gail Spreen, whose committee met privately with Jupiter.

The tower would be the latest apartment building going up in Streeterville, a neighborhood with a construction pipeline full of them. The nearby Loews Hotel will include apartments, and Glencoe developer Optima is building a rental tower at 220 E. Illinois St. Related Midwest — which also owns the Chicago Spire site at 400 N. Lake Shore Drive — plans an apartment/condominium hybrid at 451 E. Grand Ave., and Group Fox Inc. is putting apartments in a Streeterville loft building at 435 E. Illinois St.

Spreen said she wasn't concerned with the flurry of future rental buildings, saying Streeterville will always be an attractive residential destination because of its location near the Loop and Lake Michigan. More residents will also bring more retail and other investment, she said.

The project would require city approval because the site is zoned for the previous proposal: a 273-unit apartment tower. Spreen said her group is working with Ald. Brendan Reilly (42nd), whose ward oversees the pending development site, on scheduling a community meeting.

During its pitch to the residents group, Jupiter also presented a plan for renovating the nearby Ogden Park Plaza by adding a dog run and otherwise making the Downtown park more pedestrian-friendly, Spreen said. Jupiter Principal Don Smith declined to comment Friday, saying he would wait until the aforementioned community meeting, which has yet to be scheduled.

A Reilly representative and MetLife spokesman did not immediately return messages seeking comment.

The development proposal was first reported by Crain's Chicago Business. 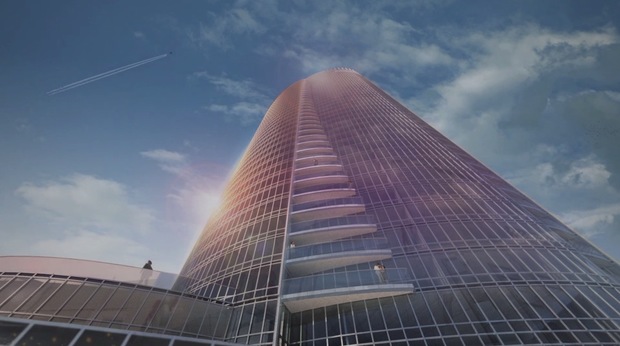