Your Cool Bearded Chef Should Be Wearing A Beard Net, Health Officials Say

You can count on seeing at least one, or possibly all of the above, in restaurants around Chicago.

But you'll have to look harder to find what some industry veterans reluctantly say is the next trend: beard nets. That's right — hairnets for your facial hair.

Credit, or blame, the hipsters. Beards of all lengths and shapes are in, if you haven't noticed, from the distinguished Abe Lincoln to full-on lumbersexual. They're just not being covered up in the kitchen as they should to be.

"Our city has turned into a 'Portlandia' episode," said Jack Bodman, co-president of Vienna Beef, a rare place where the use of beard nets is strictly enforced.

Janet Fuller discusses how common beard nets are in kitchens:

Bearded cooks in Chicago are supposed to wear beard nets, but many don't. [Flickr/April Pink]

Facial hair "is the fashion of the time, and I'm sure the health department is not happy about this fashion," said Michael Roper, owner of the Andersonville bar Hopleaf, where more than half of the male kitchen staff sport beards. "At this point, they haven't come down real hard on the beard issue, but I have a feeling we have to soon because it's just become so ubiquitous."

The city's health code stipulates that "all food handlers engaged in the preparation of food" use "effective hair restraints to confine hair." That goes for beard hair, however bushy or trimmed it may be, said Cristina Villarreal, spokeswoman for the Chicago Department of Public Health. (The rule does not apply to bartenders or servers, she said.)

Not wearing a beard net is considered a violation, albeit a "minor" one, which might explain why the city rarely cracks down, few kitchen workers wear them — and few are willing to talk about it. 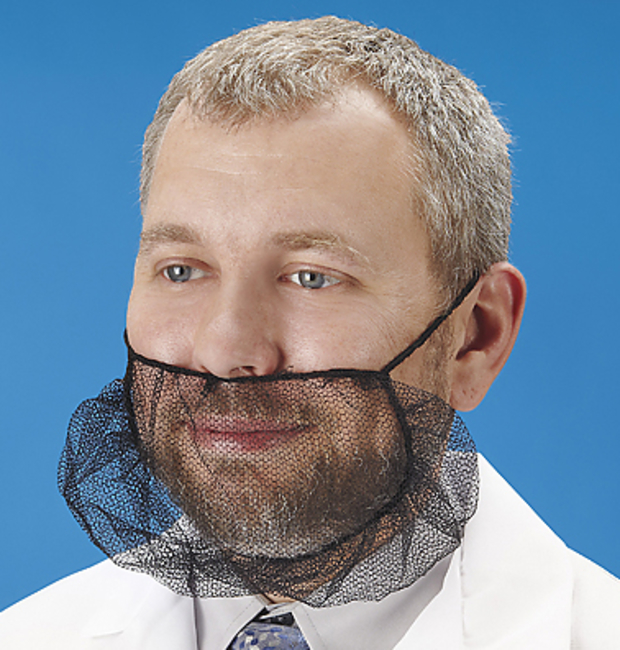 Calls to Land and Sea Dept., which operates the bearded-folk hangouts Longman & Eagle, Parson's Chicken & Fish and Lost Lake in Logan Square were not returned.

"I always keep a beard, but it's a short beard. I don't know where the line is drawn," said an employee at a popular Logan Square brewery who did not want to talk on the record.

So how long of a beard is too long? Villarreal said inspectors "use their discretion as to what is actually going to fall into the food. There's not really a length for hair, either, as long as it's pulled back."

Exposed beard hair "is kind of gross and dirty, but it's not necessarily going to be a health risk like food being at the wrong temperature," she said.

Oh, but beards are dirty — as dirty as a toilet seat, a New Mexico TV station reported last week. The station swabbed the beards of a group of men and had the samples tested by a microbiology lab that returned the surprising results.

Villarreal said health inspectors aren't writing more tickets for beard net violations, nor have they seen a spike in customer complaints related to them.

Inspectors have bigger fish to fry: checking for rodents and roaches, cross-contamination of food and equipment and inadequate hand-washing to name a few, all of which can shut a restaurant down.

"All the things that I think are critical, that's what [inspectors] go after," said Matthias Merges, the bearded chef and owner of Yusho, A10 and Billy Sunday.

But that doesn't mean free-flowing facial hair isn't a concern among inspectors or restaurateurs.

"If it's obvious and something [inspectors] notice, it's part of their process and they'll write it up," Villarreal said.

"It is definitely on [the health department's] radar," said Merges, who encourages his kitchen staff to "have really good, clean hygiene, keep their hair shorter, keep their beard clean or trimmed."

"But on the same token," he added, "you have to give people a little latitude to express themselves." 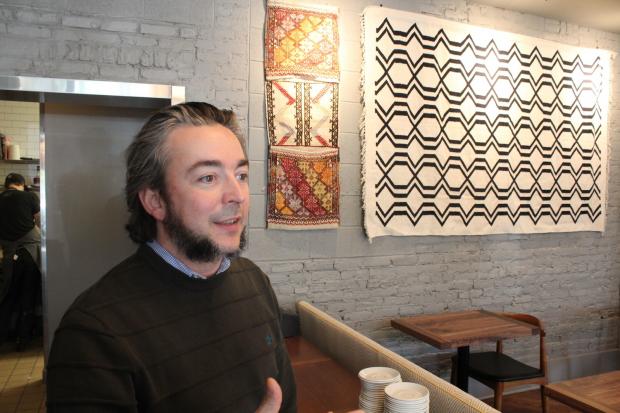 Matthias Merges, chef and owner of Yusho, A10 and Billy Sunday, said he would choose wearing a beard net over rubber gloves in the kitchen any day. [DNAInfo Chicago/Sam Cholke]

In the 1,846 visits city inspectors paid to restaurants and other food establishments in March and April, they cited lack of hair restraints 59 times. Villarreal said that could very well have included beard nets; inspectors just might not have specified that in their reports.

"During inspection, observed two staff members with facial hair (small beards) not wearing facial hair restraints. Must provide at all times at food prep areas," an inspector wrote of an March 11 visit to Specialty's.

"Employee(s) must wear hair and beard restraints when handling open foods," the March 26 report for Flirty Cupcakes read. An inspector had visited the cupcake shop earlier in March and noted the need for hair restraints but didn't specify beard nets then.

Chicagoans appear to be a little behind the curve when it comes to keeping facial hair contained. Sales of beard snoods in the UK — that's what they're called across the pond — are on the uptick among food workers thanks to the "hipster subculture" and tougher hygiene standards, the Daily Mail reported last fall.

In the U.S., you're most likely to see beard nets in fast-food chain restaurants and institutional food service. Pret A Manger, a UK-based company with eight locations in Chicago and more than 350 worldwide, requires its bearded employees to wear them, said spokeswoman Stephanie Perez.

Beard nets are nonnegotiable at American meat processing plants, which are subject to strict federal regulations and frequent inspections.

Anyone who enters the processing area at Vienna Beef's Damen Avenue factory, including visitors on public tours, must wear special coats, hairnets and, if they have facial hair — "anything more than a five o'clock shadow," Bodman said — beard nets. Regular guys on the tours protest the most, Bodman said.

Word of hair-related problems gets around.

"It's gotten a lot more strict. I have heard of restaurants getting in trouble for staff not having proper head covering," said Greg Laketek, owner of West Loop Salumi, 1111 W. Randolph St.

At his tiny salumeria, which also adheres to federal regulations, wearing just a hairnet isn't enough. He and his few employees, who are all clean-shaven, wear hats as well.

Laketek can't help but question a beard's potential for interfering with a customer's dining experience. It's a pretty short distance from beard to plate.

"Do beards not release as much hair?" he wondered.

Hopleaf's Roper (who is clean-shaven) admitted the lax attitude toward beard nets could become a problem.

In fact, Roper keeps a stash of beard nets in the kitchen, but "no one wants to wear them," he said. "They're really hot. They're annoying. Your beard gets itchy and sweaty and they look ridiculous."

"I would definitely prefer clean-shaven people in my kitchen, but if that was a condition of employment, I would have no people," he said.

Things could always be worse, Merges said. At least cooks don't have to wear gloves, as is required in many other states. California passed, and later repealed, a bare-hands ban in restaurants last year that set off fierce resistance in the restaurant community.

"Nothing is worse than working in fine dining and trying to plate and take the temperature with your hands and really feel the food with those on," Merges said. "I find that more of a hindrance than wearing a hairnet or beard net."

Roper is hopeful that the beard fad, at least among restaurant workers, will pass, though it may not happen organically.

"My feeling is, if and when the crackdown comes, you'll see a lot of shaving going down, because I just don't see a lot of people wearing [beard nets]," he said. 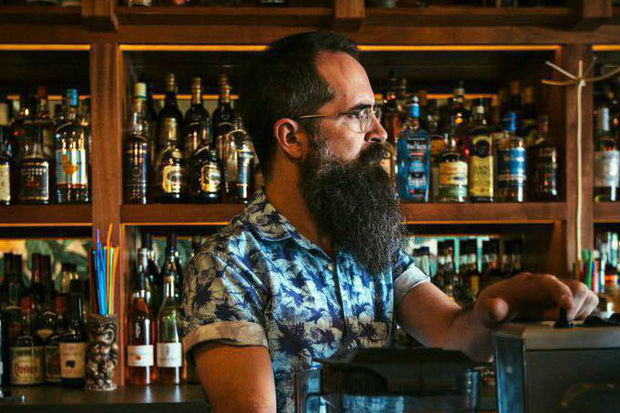 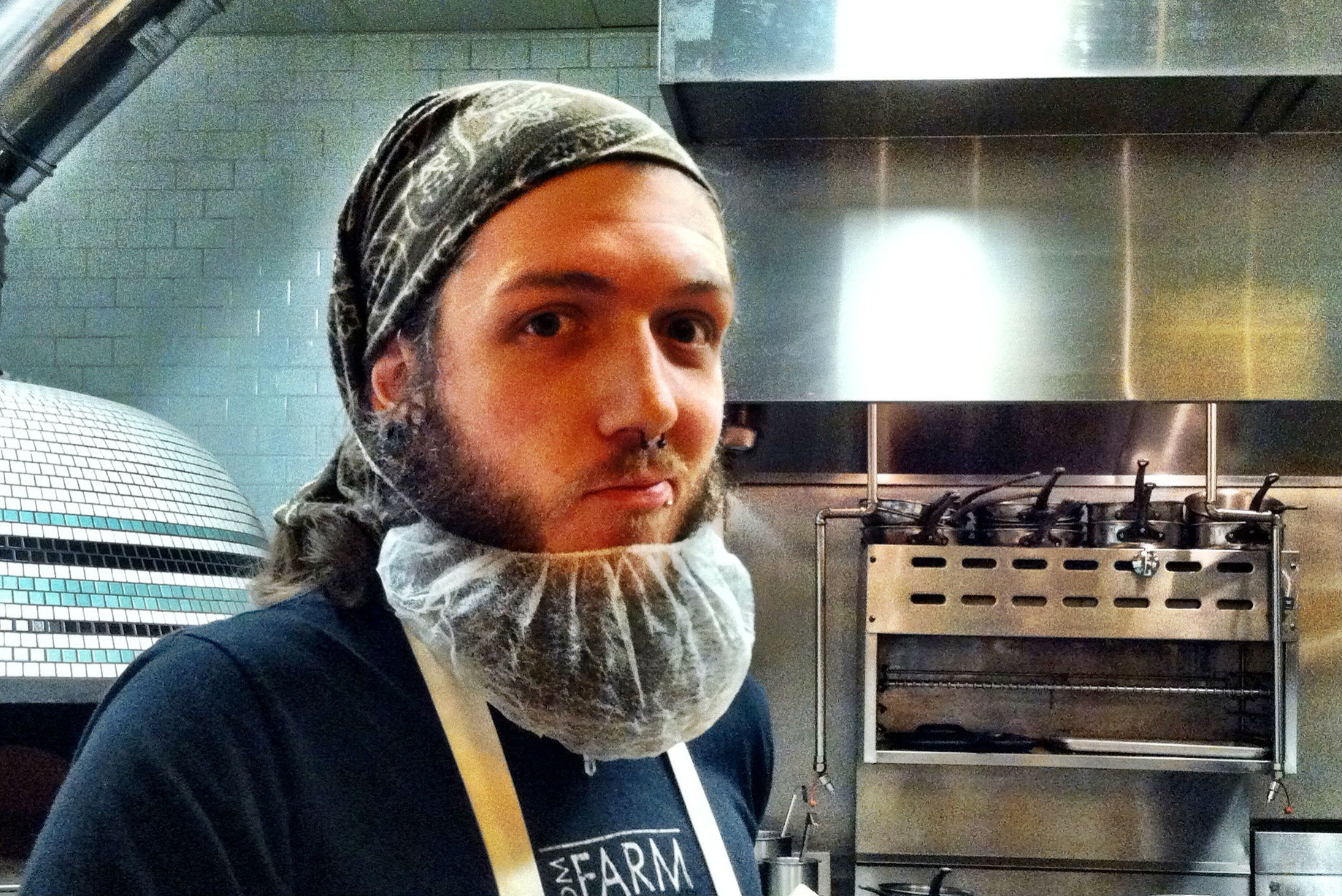 'Urban Explorer' Photographs Chicago from Places You're Not Supposed to Go