By DNAinfo Staff |&nbspApril 29, 2015 7:56pm | Updated on April 30, 2015 8:37am
Twitter Facebook Email More
Taylor Swift's "Shake It Off" has been a staple on 12-year-old Emily Beazley's playlist, which she listens to during her radiation treatment. Wednesday night Emily she got some direct encouragement from the pop star herself — Swift spoke with Emily on the phone, according to a Facebook post from Nadia Lopez Beazley, Emily's mom.
View Full Caption
DNAinfo/Howard A. Ludwig; Getty Images (Swift)

MOUNT GREENWOOD — Taylor Swift's "Shake It Off" has been a staple on 12-year-old Emily Beazley's playlist, which she has listened to during her radiation treatment.

Wednesday night, she got some more direct encouragement from the pop star herself — Swift spoke with Emily on the phone, according to a Facebook post form Nadia Lopez Beazley, Emily's mother.

"Taylor called Emily Beazley! !!!!! She just got off the phone with her," she posted. "She couldn't have been nicer. Emily has a smile from ear to ear!" 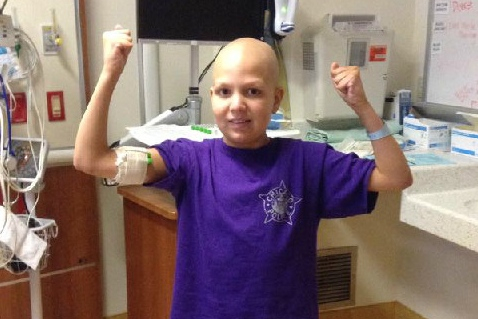 Emily, who has been fighting stage III T-cell lymphoblastic non-Hodgkin lymphoma for four years, has became a local celebrity. She's seen the Chicago skyline lit purple and green in her honor. A street in her native Mount Greenwood was named after her, and Tuesday, she was named an honorary Chicago police officer.

At the Chicago Police Department ceremony Tuesday, Emily said of Swift, "If she's watching, I would like to say, 'I love her music so much,'" with hopes the golden-haired singer would hear her plea and respond.

Swift did, and Emily's mother credited the many supporters who have been with the family along the way.

"I CANNOT thank all of you and your efforts that you are ALL making to reach Taylor Swift," her Facebook post said. 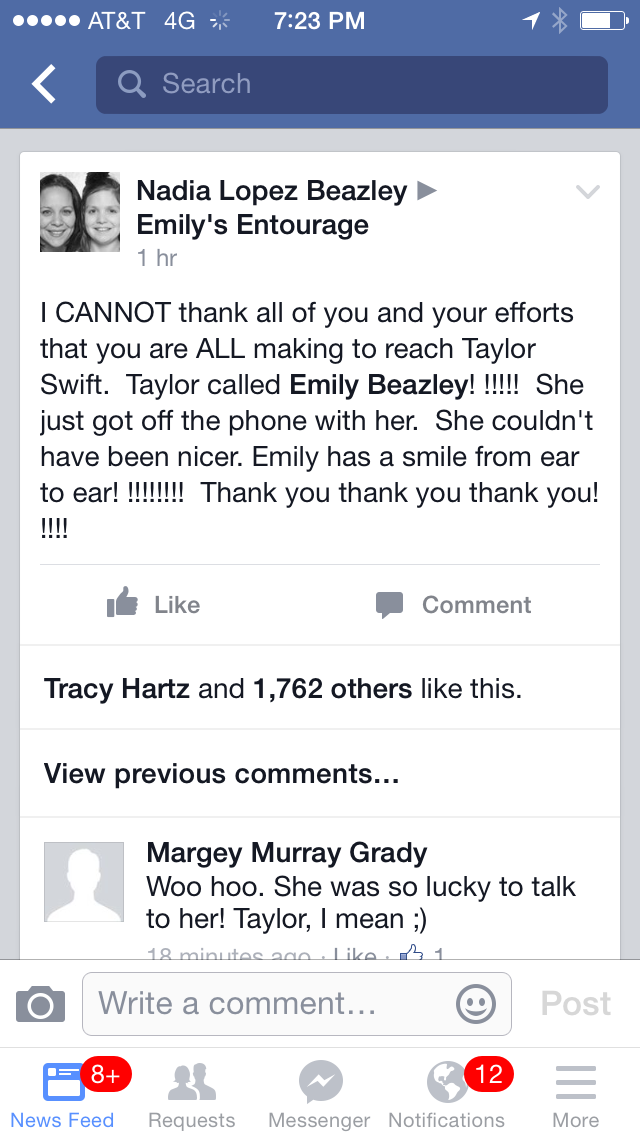