Congress Pkwy. from Michigan Avenue to Columbus Drive will be closed from 6 a.m. Wednesday until May 8. Columbus between Balbo Avenue and Jackson Drive will close at 6 a.m. April 27 and reopen May 4.

And from 3-11 p.m. April 30, the first day of the draft, the following closures will occur:

• Michigan Avenue between Balbo and Jackson

• Wabash Avenue between Harrison and Jackson

• Congress Pkwy. between Michigan and State

Other lane reductions or sidewalk closures may occur. There also will be temporary parking restrictions around Grant Park. 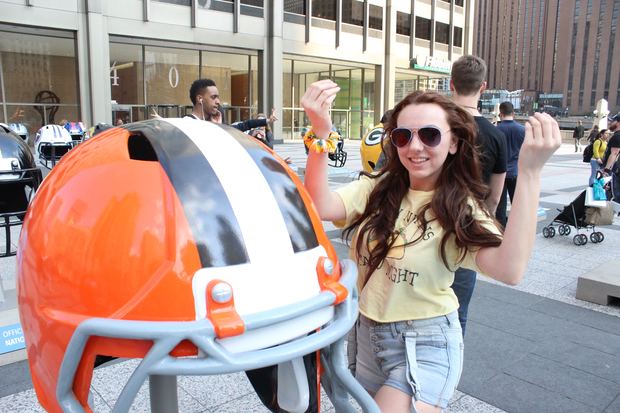 The three-day event marks the first time Chicago has hosted the NFL draft since 1963, when Dick Butkus and Gale Sayers were college students. Earlier this month, the Chicago Park District said 76,000 people entered the NFL's lottery for 8,600 draft tickets. Those shut out of the draft can attend Draft Town, a free NFL-themed event in Grant Park that weekend.

How Should Ald. Garza Spend $1 Million In 10th Ward? Here's How To Weigh in