What Is the Great Kinzie Protected Bike Lane Fight Really About Anyway?

RIVER NORTH — It’s been nearly four years since bicyclists put me on their most-hated journalists list.

It's all because I dared to criticize former city Transportation Commissioner Gabe “Treehouse” Klein’s decision to shrink an already skinny stretch of Kinzie Street to make way for bike lanes protected by plastic poles that rogue cyclists apparently considered a bike speedway, giving them license to disregard the rules of the road.

Despite their persistent hate and name-calling — some cyclists can be so mean — I put all that behind me.

Live and let ride, even the jerks. That’s my anti-road rage mantra.

Despite my Zenlike bike lane neutrality, however, the Kinzie bike lane continues to drum up controversy in River North.

On Wednesday at City Hall, Ald. Brendan Reilly (42nd) filed a City Council order that aims to force the city’s current Transportation chief, Rebekah Scheinfeld, to eliminate the bike lane, a move that’s part of an ordinance governing the construction of high-rise towers on Wolf Point.

Reilly told reporters he filed the order because Scheinfeld was considering using her discretion as commissioner to ignore that part of the deal, which he said River North neighbors concerned about traffic safety and congestion had successfully negotiated into the Wolf Point development agreement.

After all, Reilly says River North neighbors have been complaining to him about the Kinzie bike lane for years.

In 2012, the alderman pushed for adding new signs along the bike lane route aimed at reminding bicyclists that the red octagon signs with the word “STOP” written on them aren’t just a suggestion.

For people who live there, the issue never really got settled. Reilly’s office still gets “numerous” complaints every month, his spokesman said. And tension between drivers and cyclists seemed to cool over the years.

But there’s no doubt things are about to get crowded in that part of River North.

Any honest driver, cyclist or pedestrian who has navigated that stretch of Kinzie in the last month will tell you that traffic will get worse once those high-density residential towers rising at Wolf Point are finished. And it doesn’t take a genius to figure out the proposed office and apartment high-rise buildings at Hubbard and Wells will probably make matters worse.

What I can’t figure out is why Chicago’s Transportation commissioner wants to block Reilly's existing deal with developers to replace the Kinzie bike lane with a new one on Grand Avenue a few blocks away.

And Reilly’s clearly not an anti-bike guy.

His ward is crisscrossed with protected bike lanes, including the wildly popular stretch on Dearborn complete with bicycle stoplights leading to the Loop. And in 2011, the Mayor’s Bicycle Advisory Council wrote that without Reilly’s “leadership and support the [Kinzie cycle track] would not have been possible.”

City Hall sources did tell me part of Scheinfeld's unwillingness to relocate the Kinzie bike lanes is that the mayor’s administration has won awards for its protected bike lane initiative that got its start on Kinzie.

Additionally, Emanuel’s Transportation commissioner, sources say, has balked at removing the Kinzie bike lanes because she’s worried that if the designated bike lanes are removed, cyclists won’t be protected if they continue to travel down Kinzie — which by the way hasn’t been very protected lately.

For weeks, maybe longer, there hasn’t been more than a single plastic cyclist-protecting pole in place along the bike lane on the Kinzie bridge over the North Branch of the Chicago River. 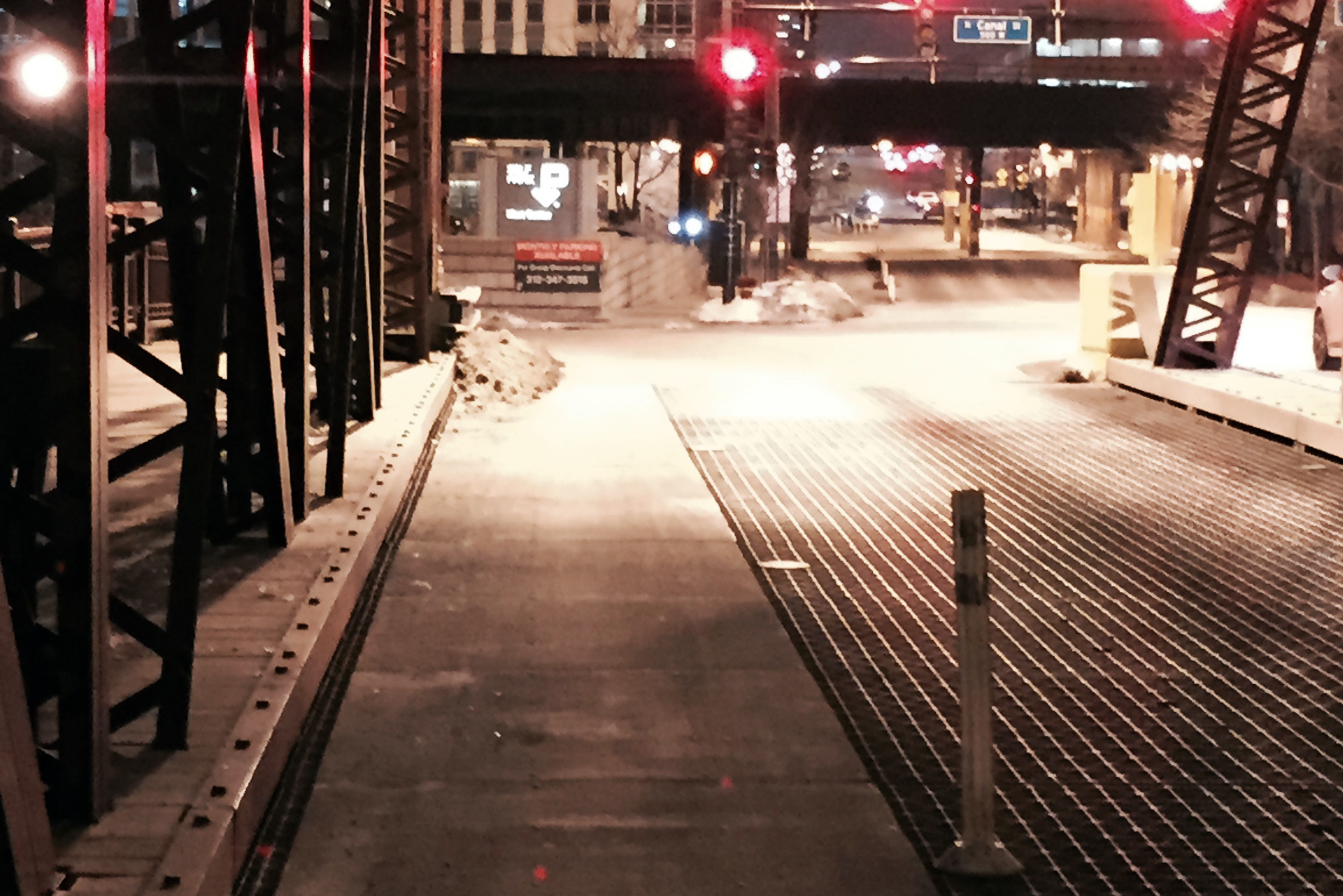 For the record, there has never been a definitive citywide study conducted to scientifically determine which streets need — or are best suited — for protected bike lanes.

So, what’s this City Hall standoff all about?

I’d like to think it’s an argument over nothing — that the great bike-lane debate is long over — but that can’t be true.

It seems more like evidence that our town remains stuck in familiar “us-against-them” conflict — this time an idealistic war over how drivers and cyclists share city streets — that only has winners and losers.

As things stand, city spokesman Mike Claffey says the Transportation commissioner plans to talk to the alderman in hopes of working out the issue.

Meanwhile, Reilly has made it clear he’s tired of debating with a bureaucrat about where a bike lane can be located in his ward.

So he’ll push his City Council order through committee and round up votes from colleagues who respect the tradition of backing an alderman’s prerogative for his ward.

After that, the safe bet is that, poof, plastic poles pop up on Grand Avenue.

In the end, it all seems pretty silly, doesn’t it?