With Cardinal Francis George's Death, Portage Park Loses One of Its Own 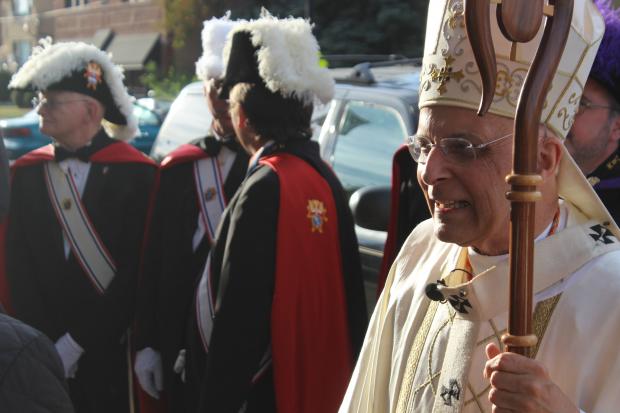 PORTAGE PARK — Far Northwest Side residents Friday mourned Cardinal Francis George as the beloved favorite son of Portage Park who rose to the highest ranks of the Catholic Church.

"His heart was always in the right place, always," said the Rev. Paul Seaman, the pastor of St. Pascal, where George served as an altar boy, attended elementary school and celebrated Mass.

The fact that St. Pascal produced one of about 100 American-born cardinals was "a point of pride" for the parish, Seaman said.

"It is pretty significant for us to have been able to call a cardinal one of ours," Seaman said.

George made his last public appearance at the church, 3935 N. Melvina Ave., in September 2013 when he returned to celebrate both the church's 100th anniversary and mark his 50th year as a priest. 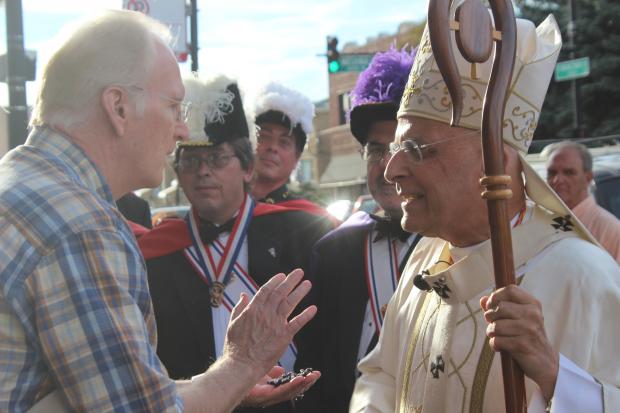 Cardinal Francis George frequently returned to St. Pascal to catch up — and check in on — childhood friends and neighbors. (DNAinfo/Quinn Ford)

Even after he took over the challenges of running one of the largest and complex archdioceses in the world, George wasn't a stranger to St. Pascal, or the neighborhood where he grew up and battled polio as a child.

Lorraine Christensen remembered George as her uncle's best friend as a child and her sister's godfather.

"He was always very humble," said Christensen, who grew up down the block from the former cardinal. "He never put on airs."

George called to check on Christensen after she underwent spinal surgery, and never failed to send a card on important anniversaries, or when a member of the family was ill.

"He was a very kind person," Christensen said, adding that her mother also suffered from polio, as did the cardinal. "All of my memories are nice memories, very loving memories," she said.

The entire neighborhood, many from families who emmigrated from Germany, Poland, Ireland and Italy, was so proud of George, who was born Jan, 16, 1937, Christensen said.

"It is incredible at how far he went after battling polio," said Christensen, who was stricken with the disease during the same outbreak of 1949-50 that sickened George.

George — known as Franny to friends — grew up in a red-brick bungalow in the 6100 block of West Byron Avenue with his father, Francis Senior, and mother, Julia, and sister, Margaret.

In 1997, he told the Chicago Sun-Times that his faith was born at St. Pascal's.

"That's where I met the Lord and came to know who he is," George told the newspaper.

In a documentary produced by the archdiocese in December 2013 to mark the 50th anniversary of his ordination as a priest, George said St. Pascal shaped his life.

"The first time I thought about being a priest was my first Holy Communion, when I really came to appreciate the nature of that sacrament as much as a 7-year-old could," he said.

George retired in 2014 after being diagnosed with cancer for the third time.

Seaman said George "didn't poke around" St. Pascal's by trying to micromanage his old parish but clearly had a great deal of affection for it and the school.

"He loved coming here," Seaman said. "It was his home."

St. Pascal will host a prayer service for the cardinal at 7 p.m. Friday.

Seaman said he thought George would be remembered for his love of the archdiocese's schools and his fierce determination to protect Catholic education.

"He was real reluctant to close schools," Seaman said. "In retrospect, I think that was a mistake."

St. Cornelius, St. Tarcissus, St. Pascal and Our Lady of Victory schools will be merged during the next year, with the consolidated school opening in fall 2016-17, according to the Archdiocese of Chicago.

"I only see positive things," Seaman said. "We will get a much better result."