Why Chicago Should Love Fox's 'Empire'

CHICAGO — When the casting director of Fox's "Empire," Claire Simon, found Ta'Rhonda Jones, who plays scene-stealing personal assistant Porsha, it "was the best thing that happened all year," Simon said.

Jones and others involved in the making of "Empire" will appear on a panel at noon Saturday at the Gene Siskel Film Center, 164 N. State St., as part of the Lake FX Summit & Expo.

The show, filmed around Chicago and at North Lawndale's Cinespace Film Studios, has more Chicago connections than can be counted.  Jones is not the only Chicagoan who has gotten her time to shine in the popular hip-hop nighttime soap opera.

Though Simon cast more than 127 characters from the Chicago area, including Grace Gealey (Lucious Lyon's fiancée, Anika Calhoun) and Antoine McKay (Bunkie Williams), there was nothing like the reaction she got when she introduced Jones to the show's creator Lee Daniels, she said.

"The minute Ta'Rhonda walked in, he said, 'I love you. I love your hair. Who are you?' She just had no fear at all. She said, 'Porsha. Porsha. Porsha.' She didn't know who he was. It was obvious she had only heard [the show] was for Terrence Howard," said Simon, referring to the show's lead actor. 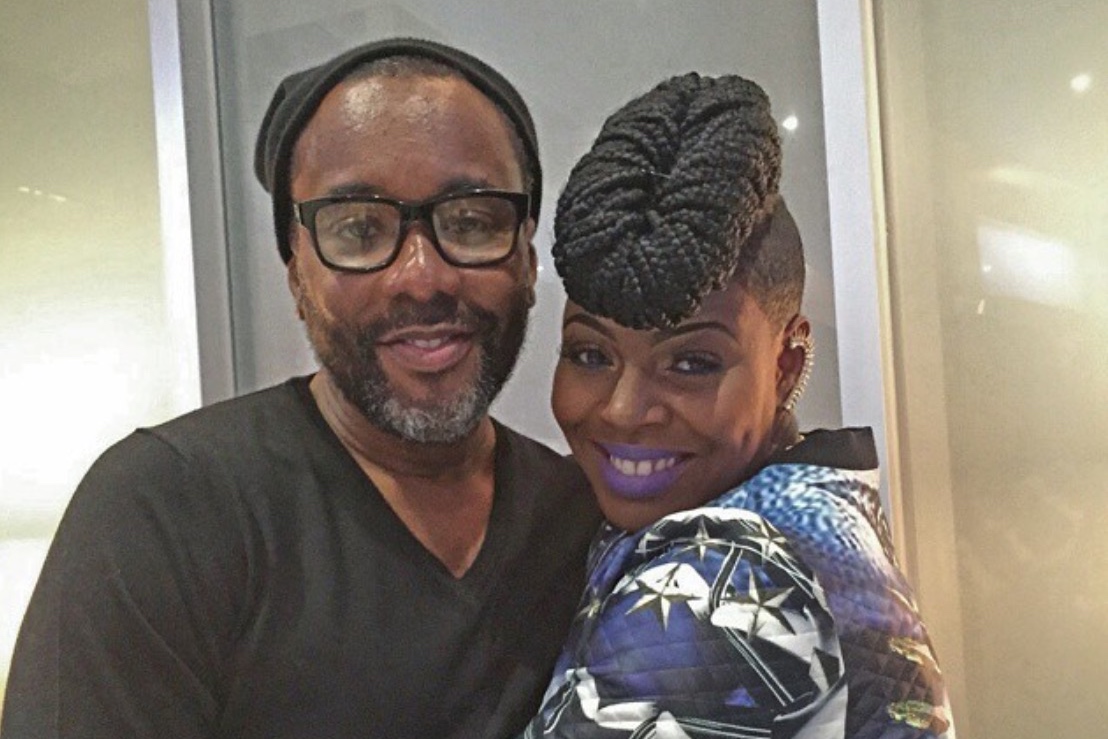 Simon has been collecting headshots for Simon Casting for more than 19 years and recently casted for "Chicago P.D.," "Chicago Fire," "The Chicago Code" and "Boss."

She first auditioned for a female rapper role, but it wasn't a good fit, Simon said. The "urban, sassy and street-wise" role of Porsha was the glass slipper to her Cinderella.

"I had firecrackers going off in my head because it's so exciting to find that diamond. People would chop their hand off for this role, and she was cast in four episodes. We couldn't have been more excited if it happened to someone in our office. All the people she got to meet — Jennifer Hudson. All these icons wanted to meet her," Simon said.

For the full story of how a stolen purse and family tragedy helped the 26-year-old from the South Side land the role of Porsha, click here.

But Jones wasn't the city's only star Daniels adored.

McKay, a Second City standout, appeared in several episodes at Daniels' urging after his character was killed off in the pilot. And Gealey, who recently moved into the Chicago acting circle, landed a role that found her competing for the heart of Howard's character against the formidable Taraji P. Henson, who plays his ex-wife.

What really impressed Simon about Daniels was how different his search for Chicago talent was compared to other directors.

"It's funny, when people come to Chicago, they say, 'We want that Chicago accent.' But that's not real. No one talks like that. There's this preconceived idea of how we sound. Or they want a character face or a 'typical' Chicagoan," Simon said, adding that they usually meant a chubby person. "I have to tell them that's not nice, and we're not all like that."

She said, "I loved working with [Daniels]. He's kind of a star himself. He has a huge personality. And he just wanted real. Every time an actor brought in a big role, he'd make it smaller. He'd say 'less, less.' Every time someone started acting he'd say 'stop.' He wanted the truth."

While Simon has cast similar numbers of characters for other TV shows and films, "Empire" represents a change in the ease of creating quality television in Chicago through the efforts of Cinespace President Alex Pissios and tax incentives, she said.

"Alex does whatever he needs to bring business here. I know it's doing something to change the perspective. The show was huge, so everyone's paying attention to who's here because of the viewership. It was great exposure for the actors," Simon said.

"What's new is the amount of shows shooting here. Last year, we were shooting four shows. There's a tremendous amount of TV being shot here. The last four years have been a boom. ["Boss"] really gave Chicago a chance to shine and show what they had. It showed Chicago could hold their own and land the big roles," she said. Otherwise, "they tend to think they need to go to L.A."

For an interactive map of the many filming sites in Chicago last year, click here.

Ike Holter, the playwright who authored "Hit the Wall," now at Steppenwolf Theatre, said he began watching "Empire" not just for the drama, but also to see his friends from the acting community bask in the spotlight with big stars.

"What's great about 'Empire' is you're seeing [Chicago] talent go head-to-head with people who have Academy Awards. It's great to see our caliber of talent. I think that's really cool," Holter said. "I think the show is really electrifying the city."

Every episode featured two or three actors with whom he has worked before, including Steppenwolf Theatre colleagues and even some Roscoe Village roommates, in roles that are usually saved for actors in bigger markets, he said.

"I'm already watching it, and then there's my homie. And it's not like we're watching them for just a few seconds. I'm glad they get to stretch their acting muscles like this. It lets people know they don't have to fly in all these actors for their roles here," he said.

"This is a city that works hard but doesn't get the same opportunities as New York or L.A.," said Holter, adding that an influx of shows filming here has raised Chicago's stock.

He said the next step would be a show filmed in Chicago about Chicago: "It's kind of funny when [the show's characters] say they're going to Brooklyn, and they go to Humboldt Park."

While "Empire" is set in New York, it is predominantly shot at Cinespace, 2621 W. 15th Place in North Lawndale. The show runners have dressed up Chicago locations as New York hot spots, including such local favorites as Sunda, Empty Bottle, RPM Steak, Tortoise Club and Blue Line Lounge and Grill. They've also made stops at Cook County Jail, St. Ignatius Chapel, the Hilton Downtown and the Bronzeville neighborhood.

"It's nice to have an iconic Chicago spot on TV. For me it's amazing, these are spots I've gone to for decades. It's fun, and it always feels good to see your favorite bar [on the show], even it's been transformed," said Moll Jean Nye, a Logan Square resident, who worked in the camera department for the show. 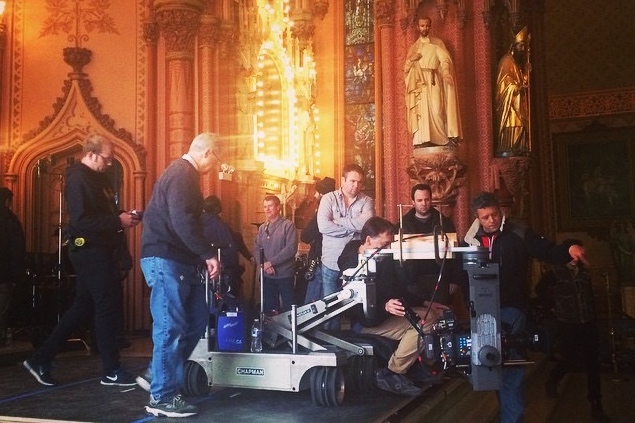 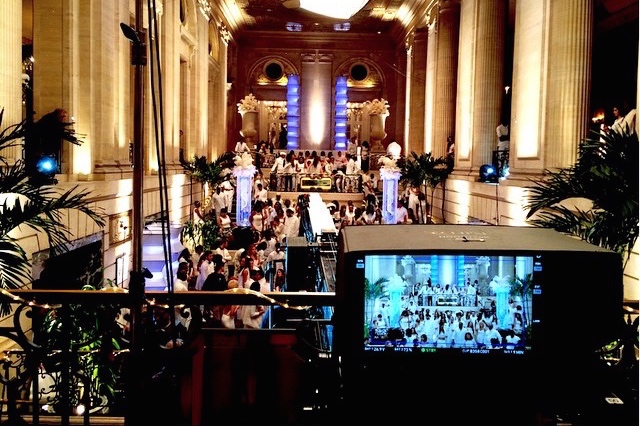 Nye, 28, said getting those locales on TV was no easy feat, but something the crew, composed heavily of Chicago residents, was proud to do.

About 80 percent of the production was done by Chicago crews, who were able to give tips to a cast and crew largely unaccustomed to Chicago winter and rapid weather changes: They advised the out-of-towners to stick hand warmers on the backs of their cellphones during the winter and put shower caps over their walkie-talkies in the rain.

"We had to take our little L.A. friends under our wings. Wouldn't it be nice if we could shoot in 80-degree weather all the time?" Nye asked.

While the weather didn't help make the 14-hour workdays, five days a week, any easier, it did bring the cast together to build its own strong family, she said.

"It was tough on the crew, cast and management, being outside in the elements, but we found ways to get through it. Terrence Howard had us doing pushups on set after we finished every scene. We built up from 10 to 25. We had people of all abilities doing pushups as a crew together. And slowly, but surely, it turned competitive," said Nye, admitting she hadn't done pushups since high school gym class, but got up to 30 reps with the crew.

Even more impressive was Taraji P. Henson, "a total boss," whose off-screen fortitude was just as motivating as her on-screen persona, Cookie Lyon.

"The women get it the worst. They're usually scantily clad, so out there in the elements they're the real troupers to be able to hang out there, shot after shot," Nye said. "She came out in her heels, made her face and delivered."

While the entire crew believed the show was going to be big, this level of success wasn't fathomable, Nye said.

"You could see success was written in the script. The writing was on the wall that this was going to be a great show, but I don't think anyone could know the extent. We knew it would be good, but not this good," Nye said. 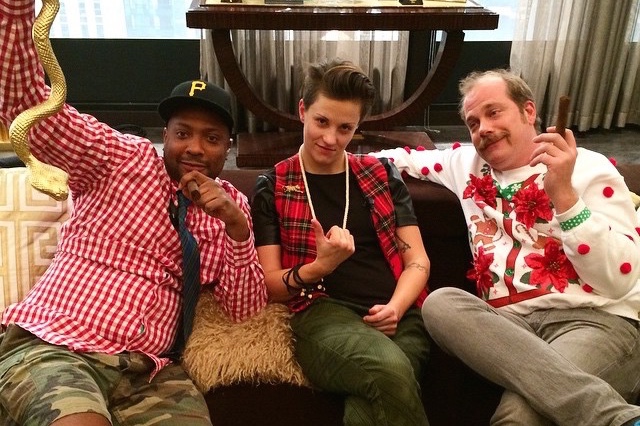 Even before "Empire"'s record-breaking season ended, Kristen Kaza, who's hosting the Lake FX panel Saturday, could see the show was huge for Chicago: After all, it spent $25 million in 2014, half of which went to pay workers from Illinois, she said.

"TV and film production is great for a city because there is so many benefits. 'Empire' has opened doors for lots of production teams. Over 70 different ventures got to work with them," said Kaza, of No Small Productions.

"This city was really the backbone of this show, even though it was set in New York. Very few people knew this show was being filmed all over the city, streets, alleys; they really went all over Chicago and the suburbs. It's something we should really be proud to have as a city," Kaza said.

The "Making of Empire" panel Saturday will bring fans behind the scenes of the show, revealing some of the lesser-known connections to the city, Kaza said.

The event is free.