City officials on Friday closed lanes on Madison Street to begin marking righthand lanes red for the buses they hope will ease Downtown congestion and better connect its east and west ends. About 30,000 commuters take a bus across the Loop daily.

Michael Claffey, a spokesman for the Chicago Department of Transportation, said the work on Madison between Dearborn and Clark streets is the first section underway for the Downtown BRT, part of a greater "Loop Link" project that also calls for bicycle lanes. 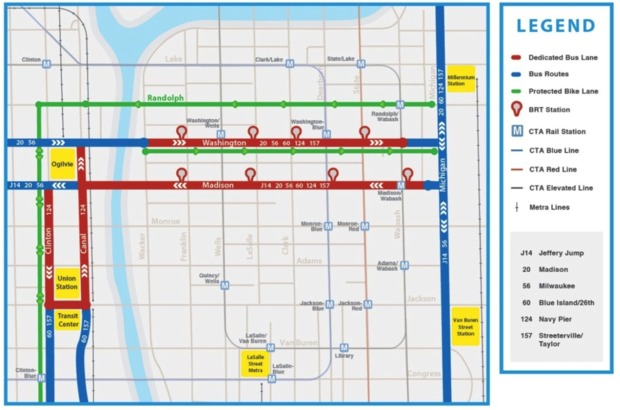 Claffey said streets under construction will be reduced to two lanes during weekday business hours, and additional lane closures overnight and on weekends may be needed. Work on Clinton and Canal streets will begin next, with Washington Street marking scheduled later this spring.

Plans also call for new, canopied bus stops serving the BRT. The project is scheduled for "substantial completion" by the end of the year, CDOT said.

Scroll down for more imagined renderings of the finished BRT: 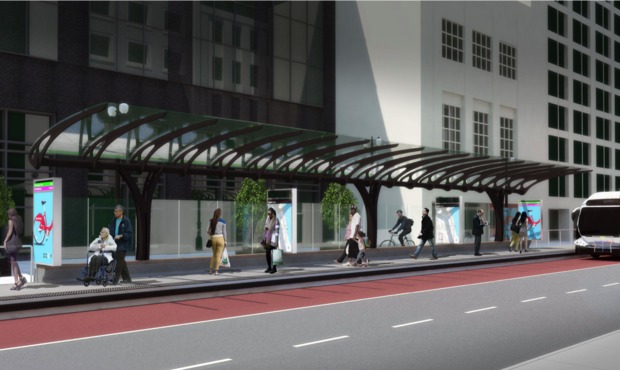 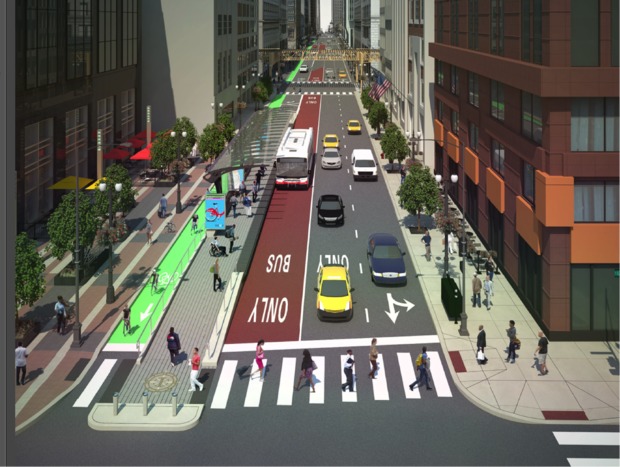