STREETERVILLE — The flyover bridge connecting Navy Pier to the Lakefront Trail is beginning to take shape.

Construction crews recently began installing columns and other supports for the steel bridge meant to ease pedestrian and bicyclist congestion near Lake Shore Drive. The first phase of the four-year project, stretching from Jane Addams Park to the Ogden Slip and Navy Pier, is expected to be completed in December. 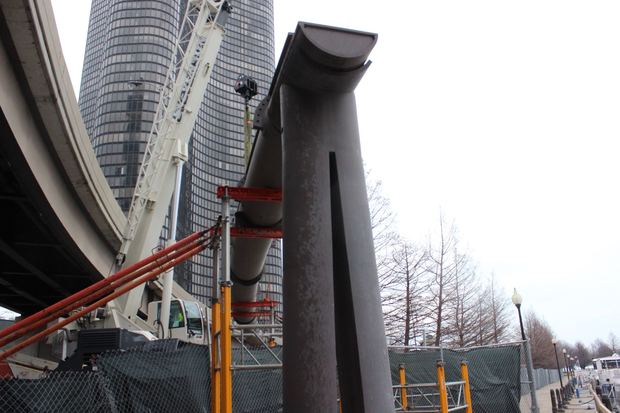 The $60 million project, courtesy of the U.S. Department of Transportation and the State of Illinois, will be built in three phases with work expected to be done in 2018. Once complete, the flyover will stretch from roughly Ohio Street Beach to DuSable Harbor, connecting to Navy Pier in between. 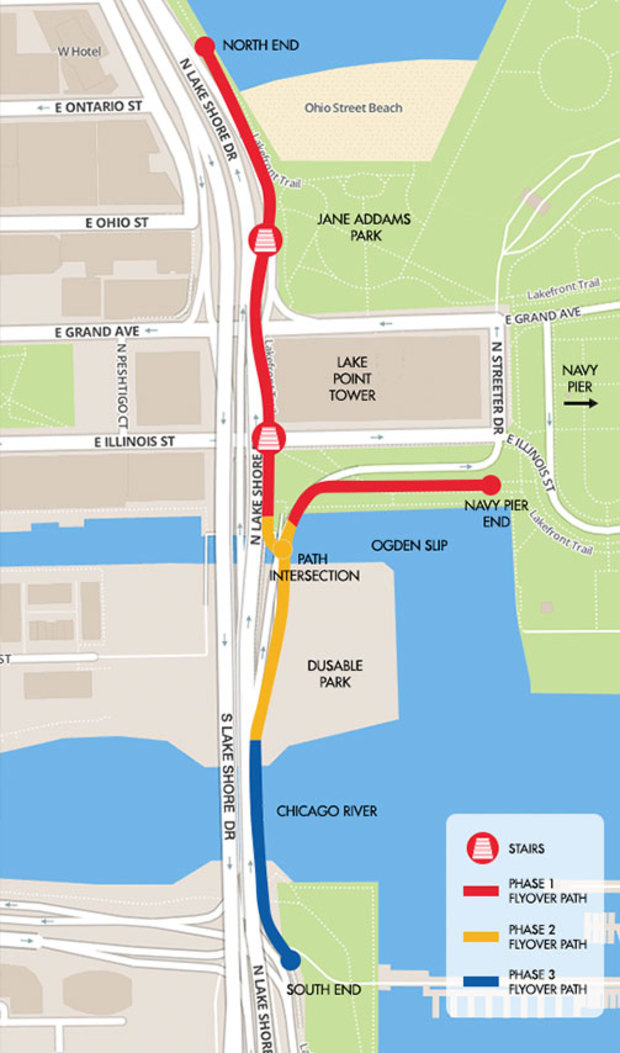 A map of the flyover (courtesy Navy Pier Flyover)

An estimated 20 million people traverse Chicago's 18.5-mile Lakefront Trail each year, with the tract near Navy Pier one of the path's busiest. Check out our slideshow for the latest visual proof that the flyover is humming along. 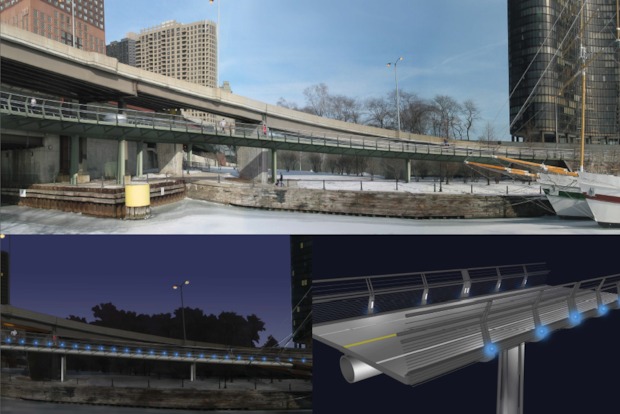