Will High Temps Threaten the Newfound Sobriety of South Side Irish Parade?

BEVERLY — It's been a long winter, and we could all use a drink ... so long as it isn't within 800 feet of the South Side Irish St. Patrick's Day Parade.

Organizers of the parade that begins at noon on Sunday are well aware of the forecast for sunny skies and 50-degree temps, but that's not expected to threaten the newfound sobriety of the event, according to Tom McGourty, chairman of the South Side Irish Parade committee.

The parade that stretches down Western Avenue, beginning at 103rd Street in Beverly and ending at 115th Street in Morgan Park, is in its fourth year back since drunken behavior sidelined the festivities. 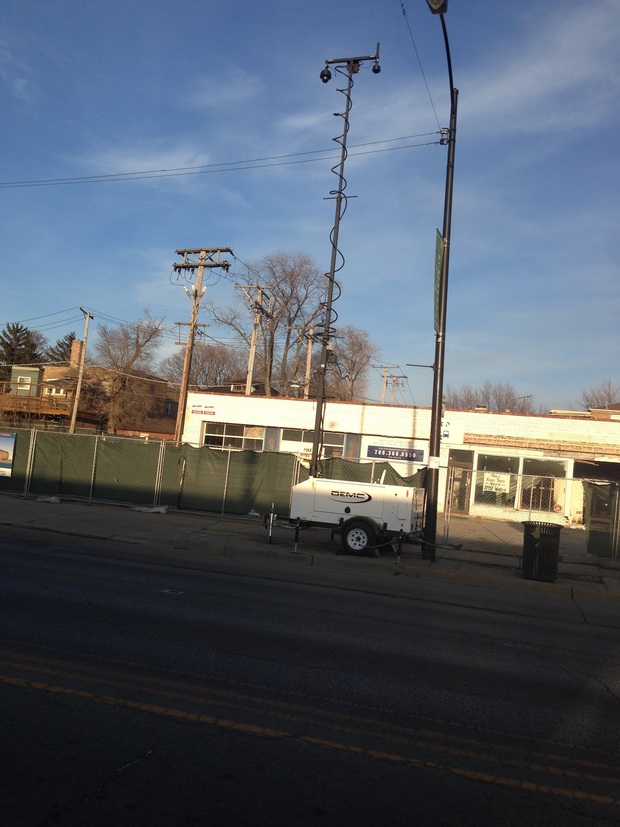 A surveillance camera set up along Western Avenue in advance of the parade.

There were reportedly 54 arrests after the 2009 parade. That led organizers to pull the plug on the parade for two years. The event was resurrected in 2012 with a firm focus on families and a zero-tolerance alcohol policy.

North Side, suburban and collegiate bar owners were warned against sending party buses to the resurrected parade. Organizers also monitored social media, warning groups intent on spending the day intoxicated to stay away.

"When we came out the first year back, that's what we said [zero-tolerance], and that's what people listened to," McGourty said.

The return of the parade in 2012 was marked by a beautiful day but a sparse crowd, as neighborhood residents didn't know what to expect from the reborn parade.

The zero-tolerance effort was seen as a great success, as schools, neighborhood sports teams and Irish dancers held the spotlight. The drunken crowd from years past simply did not attend.

And yet, fines for drinking in public within 800 feet of the parade were increased in 2013. Anyone caught drinking or urinating in public during the parade would face fines of $500 to $1,000 or up to six months in jail.

Again the parade went off without incident, though steady rain throughout the morning and late afternoon  dampened the 2013 crowd.

Last year, parade spectators withstood 13-degree temperatures during the annual celebration of Irish heritage. There were no arrests and only one ticket issued, which occurred several hours after the parade and might not have even been related to the event, McGourty said.

Favorable weather may test the zero-tolerance policy this year, but McGourty is confident that the addition of private security and the family-friendly theme of the parade will withstand spring fever.

"We haven't lost our focus," McGourty said. "We work very hard to make sure this is a safe day for everyone involved."

Anyone thirsty on parade day can still drink inside of any of the bars along the route. House parties are OK, too, so long as alcohol is consumed inside or in the backyard, he said.

A team of 60 volunteers still makes the rounds, calling surrounding bars with a history of sending buses to the parade. Their annual reminder lets the bar owners know that party buses will be forced to park miles away from the event and will be greeted by police.

"It's a lot of calls," McGourty said.

Organizers also continue to monitor social media so any hint of a large group with drunken intentions is quickly identified and its participants warned of the consequences, McGourty said.

"It's called the greatest neighborhood parade outside of Dublin for a reason, and we are planning to keep it that way," McGourty said. "We don't expect any trouble."