The first Chicago location of Halal Guys is set to open in the Gold Coast in June at the former Empire Restaurant, 49 W. Division St., sources say.

The original Halal Guys, started as food carts in New York, has gained a massive following.

Similar to the carts, Chicago's first Halal Guys will be open late on the weekends for the late-night crowd.

The menu at the Chicago location will be the same as the brick-and-mortar shops in New York with a few additional items. The prices will also resemble those in the storefront locations, a bit higher than the food cart prices.

The Gold Coast location is near the Clark and Division Red Line stop.

The upcoming Gold Coast location will be the first of five planned in Chicago by two partner franchisees. The impending arrival of Halal Guys in Chicago was first reported by Eater.

The Halal Guys is known for its rice-and-meat platters including gyros, falafel, chicken over rice — and long lines.

DNAinfo New York dove into the mystery of what's in the restaurant's famed white and red sauces in December.

The owners of the upcoming Chicago spot emphasized those sauces will be making their way to Chicago. 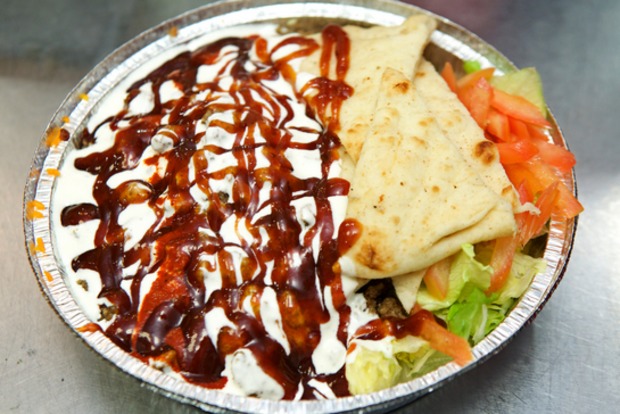