What the Heck Is Up With the 2nd Ward Map?

CHICAGO — Much like the ward itself, votes for 2nd Ward alderman Tuesday were all over the map.

Support was spread among six candidates, forcing a runoff between Brian Hopkins and Alyx Pattison on April 7.

Whoever wins, the next challenge will be governing the city's most gerrymandered ward.

Shout out to gerrymandering for creating my beautiful 2nd Ward. We are Chicago! pic.twitter.com/WFg5Sm9J7B”

The boundaries of the 2nd Ward make their way west from the lakefront through at least seven neighborhoods, weaving and snaking through, at times, single blocks of Streeterville, the Gold Coast, Old Town, Lincoln Park, Ukrainian Village, Wicker Park and Bucktown.

The 2nd was the only ward redrawn in 2011 that contains not one block from its previous incarnation. WBEZ has a great gif that shows how the ward has flown north over the years.

*Looks up the new 2nd Ward map* - What kind of sorcery is this? #ChicagoElection2015 pic.twitter.com/DwIcAqxHEJ

Some say the redistricting, drawn up and voted on in the City Council, was punishment for current 2nd Ward Ald. Bob Fioretti's clashes with Mayor Rahm Emanuel and other aldermen, and what propelled him into a bid for mayor.

Crain's Chicago Business put it like this: "It's not so much a ward as a collection of stray blocks that other aldermen didn't want, connected with strings."

Fioretti, who lost the race for mayor Tuesday, said last year that the map was drawn to defeat him, and the boundaries are "worthy of a joke." 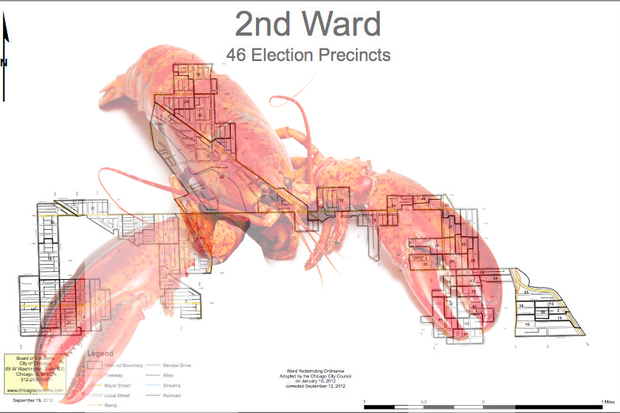 Former aldermanic candidate Stacey Pfingsten called the sporadic map a "dog's breakfast," a British term for a mess. Others say it resembles a lobster.

Candidates were hoping residents could see unity In the Rorschach test ward.

Former contender Stephen Niketopoulos divided the Ward into three sections, and told CBS he'd have to be "basically a walking office" to meet with residents. Others admitted the difficulty in bringing together sections of the city with disparate identities and issues.

The geography, incomes and transit preferences of the neighborhoods and residents across the spilled-milk map vary: Development ranges from the tourist-heavy Mag Mile Water Tower Place and Drake Hotel to the Polish Triangle and Ukrainian Village neighborhood bars. It encompasses high-rises and condos with a view of Oak Street Beach and three-flats three miles away on Wrightwood. 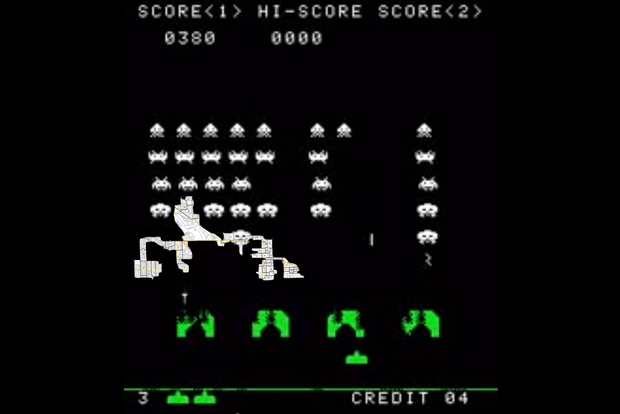 Rival Hopkins said a challenge will be bridging those gaps.

"On Day One, the new alderman of the 2nd Ward is going to have a very long task list, and the phone is going to be ringing off the hook," he said. 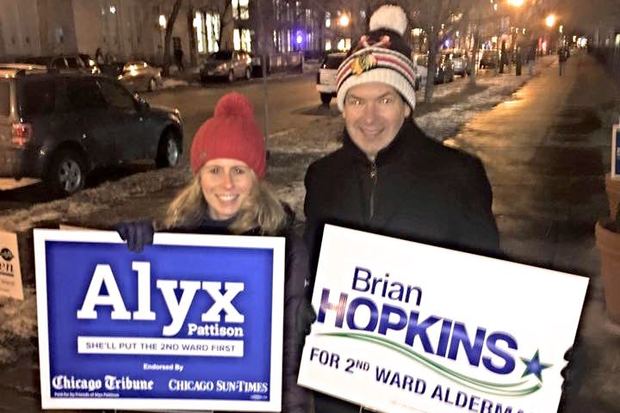