LOOP — The Obama Presidential Library won't be built Downtown, and it might not land in Chicago at all.

Their canvas: a vacant site facing the Downtown split in the Chicago River. Again, designs were merely hypothetical considering plans for a 53-story office tower on that property.

"That was the real call: to make these things radical," Chicago Architectural Club Co-President Carl Ray Miller said. "To see what these buildings can potentially do."

More than 100 architects entered the contest, which was judged by a panel of Chicago architects including postmodern sage Stanley Tigerman and Geoff Goldberg, the son of Marina City visionary Bertrand Goldberg. Two winners Tuesday each received $1,500 in prize money, as well as bragging rights. Check out some of the "radical" designs below. 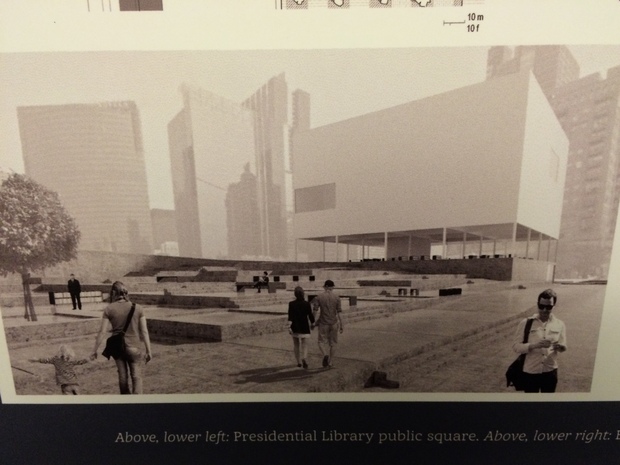 Dániel Palotai, a teacher at Budapest University of Technology and Economics, received an honorable mention for this "open public square." 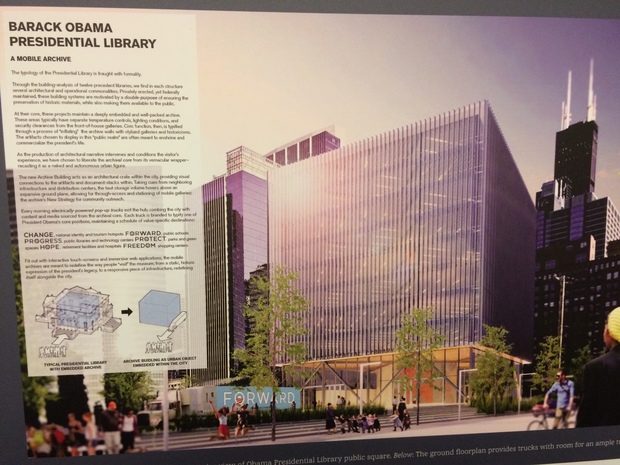 Recent Harvard graduates Drew Cowdrey and Trey Kirk received an honorable mention for this Miesian "Archive Building" that would serve a system of mobile Obama galleries. The concept aimed to redefine how people "visit" a museum. 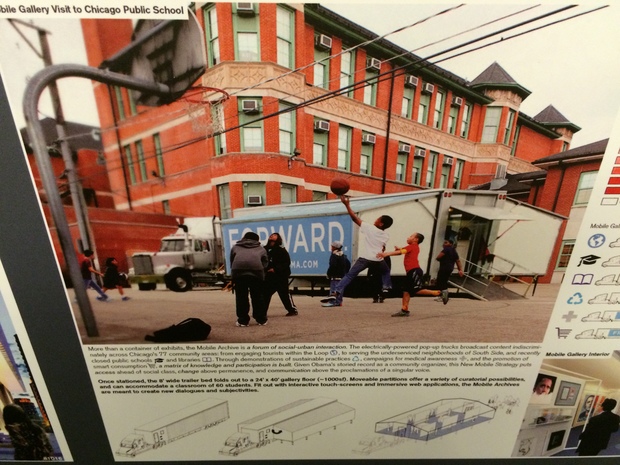 A rendering of one of the Cowdrey/Kirk mobile galleries parked at a Chicago public school. 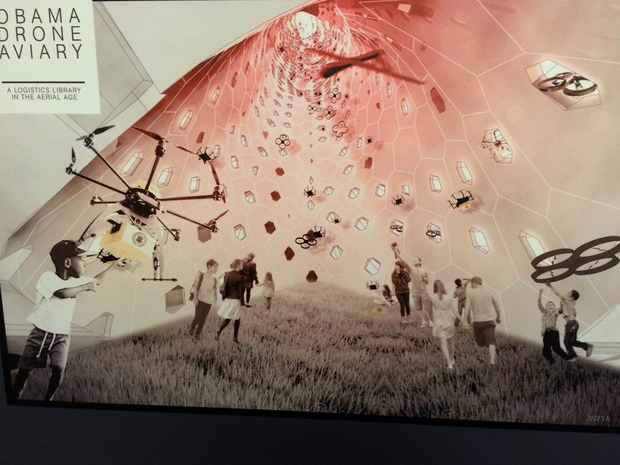 Ann Lui and Craig Reschke also received an honorable mention for this "drone aviary," a somewhat dark testament to Obama's legacy that would collect and distribute presidential artifacts. 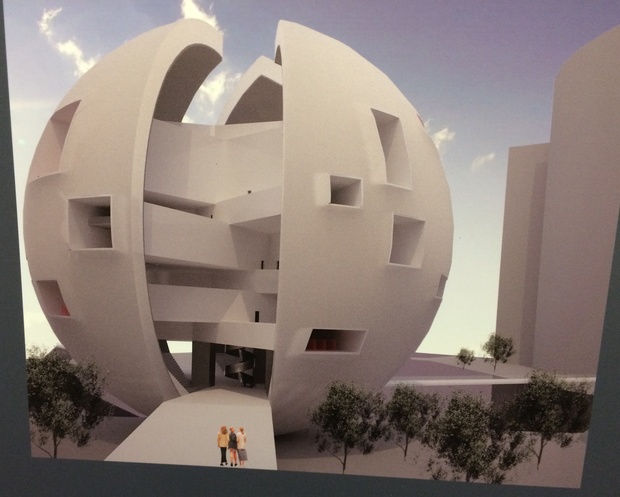 Dubai-based architect Aras Burak Sen received a winning prize Tuesday for this spherical, eight-level design. Each floor of the library represents a year of Obama's presidency. 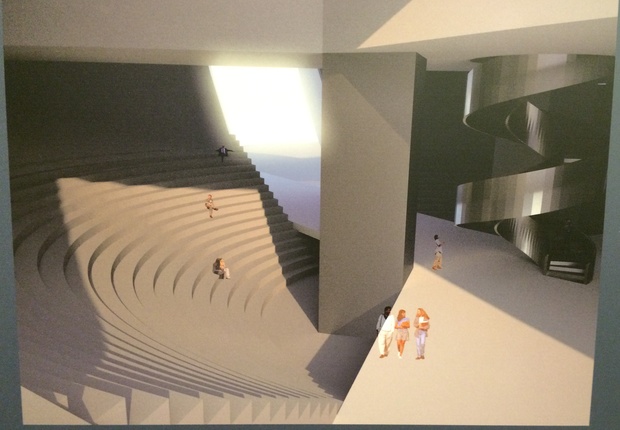 This amphitheater at the base of the building, meant as a public forum for free speech, is envisioned without glass or walls. 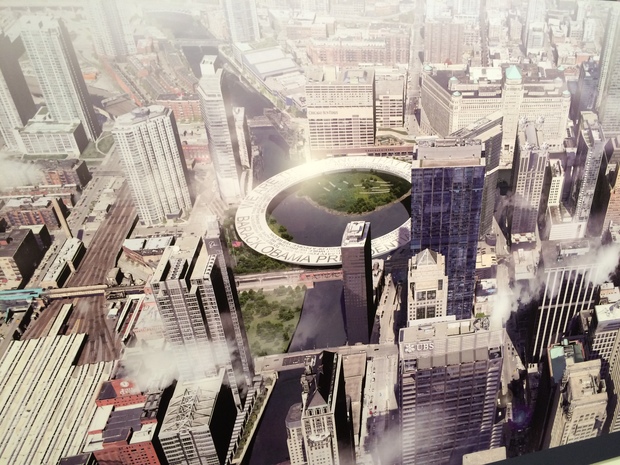 Another winner was this design by a Chinese team led by architect Zhu Wenyi.

The library would be divided into six sections, and visitors would see all of them at once by walking along —and between—six parallel tracks. 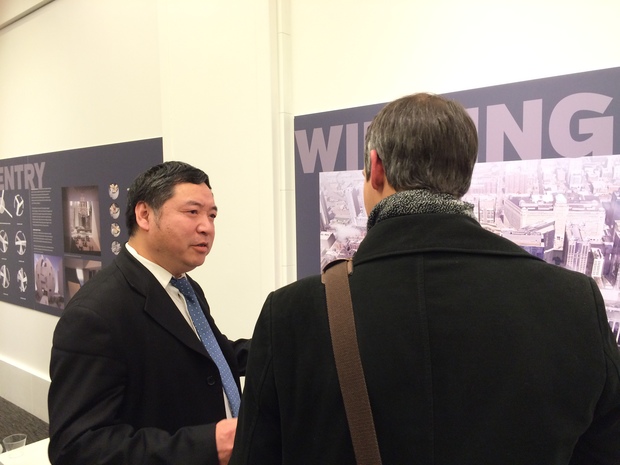 Dean of the School of Architecture at Tsinghua University, Wenyi traveled from Beijing with his team to accept the honor Tuesday.

"There was Plan A and Plan B, but also Plan O. Plan O was better," he said.