Should Chicago End or Embrace 'Dibs'? Join The Dibs Debate

The Internet can be a brutal place for debate. Comments sections and Facebook threads get ugly, and soon you realize you're surrounded by people who agree with you about everything from the best hot dogs in the city to politics.

So we decided to give a platform to some smart Chicagoans to debate issues locals care about. Our first DNA Debate is on dibs, the Chicago tradition of claiming shoveled-out parking spots with random junk. The practice gets people fired up on both sides. So we consulted some experts on the subject.

Paula R. Worthington is a senior lecturer at the Harris School of Public Policy at the University of Chicago. She says dibs is a gentle reminder for locals to do their fair share of shoveling, and she supports the practice (within reason). Humboldt Park resident Jamie Lynn Ferguson made headlines last year when she shoveled out her entire block to protest dibs. Read their arguments, and let us know where you stand by joining our Twitter conversation on the topic: #dnadibs 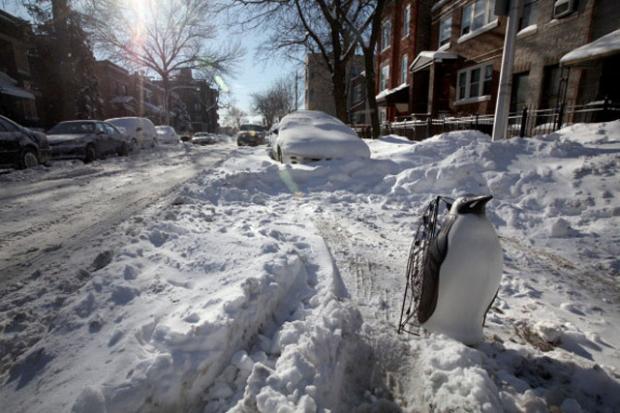 Another winter, another season of blog posts, witty commentaries, and YouTube videos decrying the practice of winter “dibs,” in which urban car owners shovel out their on-street parked cars and drive away, leaving behind white plastic chairs or other furnishings to block others from parking in the newly shoveled spots. Why take another go at this topic? In Chicago, where the certainties of death and taxes are accompanied by winter snowfalls, we can only talk about sports so much before we need to move on. So let’s take a new look at this old practice and see if there’s anything new to say about it.

First, an obvious point that a huge snowfall limits our ability to get around in the city, as travel times increase, extra work goes into plowing and shoveling, and people and children stay home from jobs and schools. Further, street parking is now enjoyed by those who parked before the snow fell, not necessarily those who might value it the next day when trying to park near their jobs, schools and so on. In big cities, we cope by paying overtime costs for city snowplow crews, leaving extra time for commutes and paying our own private costs, in time or money, to clear snow from our sidewalks, driveways, parking lots and sometimes even on-street parking places.

How might we encourage people to shovel out their parked cars and push that snow either off the street entirely or into larger piles in the street so the plows can remove it? We could appeal to their sense of civic duty, as was done last year, surely an idea worth pursuing (as some scholars suggest in a more charged context, that of encouraging parents to vaccinate their children). Another option is to fine people for not shoveling, as Randy Cohen has suggested, perhaps after some period of time, say 48 hours or so. We fine people in other settings for failing to treat public spaces with respect — for example, we assess fines for littering. But might we find that introducing a monetary fine for not shoveling serves to erode existing social norms for good, pro-social behavior? After all, Chicagoans do actually shovel quite a bit of snow that they don’t “have” to. Might people respond to fines by treating post-snowfall parking spaces as just another good to “buy” on the market by paying the fine?

For my money, I like the idea of permitting the practice of “dibs” for some limited period of time after a snowfall— perhaps 48 hours or so. This gentle approach would encourage people to “shovel a little more” snow than they would otherwise do, making them more likely to go to work or school. Allowing dibs improves efficiency by greasing the wheels a bit, and limiting its duration improves fairness, as shortly after the snowfall, plowed spaces return to being available on a first-come, first-served basis.

As Nobel laureate Elinor Ostrom and others have noted, societies develop a wide variety of institutions to promote pro-social and ethical behavior, and in neighborhoods in which people know one another and have ongoing relationships, “dibs” may not really be needed to encourage shoveling and “doing your fair share.” But in our city’s densest but still residential areas, where demand for (free) parking significantly outweighs supply, allowing limited dibs may be a welcome tool for keeping the city moving after a big snowfall. 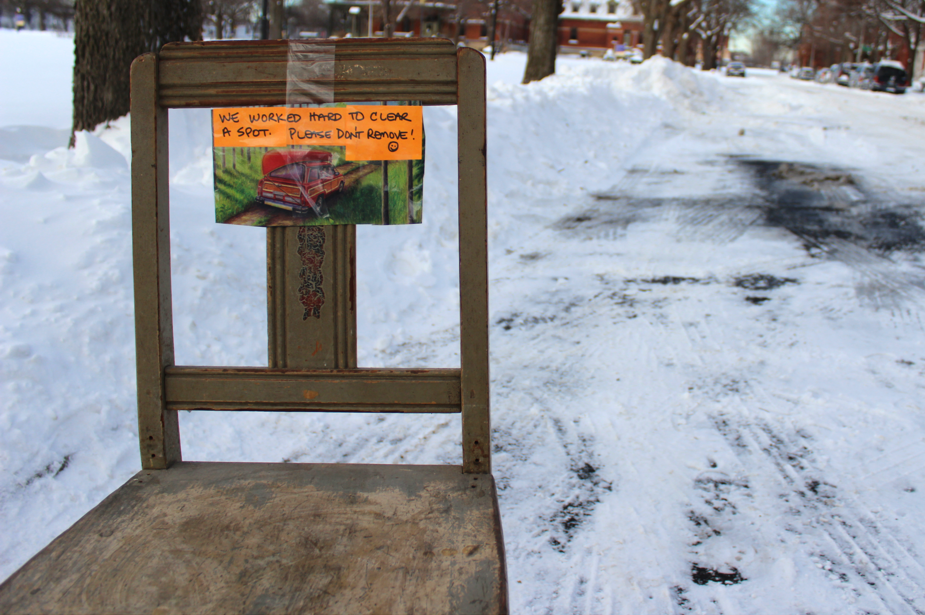 Many Chicagoans refer to dibs as a tradition of our great city. My argument against that is simple: The dibs system ain't so great.

Chicago's a beautiful place to live, right? Each richly diverse neighborhood comes together in a jagged puzzle, and we've each got a specific piece that we proudly call home.

At the same time, we've got it pretty rough right now. The cycles of poverty swirl on the South Side and gangs boil over on the West Side. The police brutality reports are seething out of the media. Our children lost so many of their schools, and they’re losing hope in our city.

We don't need a tradition that tears us apart. We don't need another proclamation of "Every man for himself" marked with a chair on the side of the road. We need a new tradition and we need community. We need to show our young Chicagoans that we don't just exist together — we stand, work and live together.

Last winter, when we were in the eye of the polar vortex, I took a stand against dibs and thousands of people stood with me.

It all started with this incredibly brazen woman who lived on my street. She was in her 60s, and took care of three generations of her family day after day. One night, while she was parking her car, a guy on my street tore out of his house, and screamed at her for parking in the spot he had shoveled. He had dibs. That spot was his.

I was furious, and I thought, "He could probably shovel out the whole block without breaking a sweat, and here he is yelling at a 60-year-old woman for one spot."

So that's exactly what I did. The next morning, I called in to work, took a vacation day, and started shoveling. About eight hours later, my street was clear. To get other Chicagoans motivated to do the same, I live-tweeted my experience and the conversations I had along the way. It worked.

To me, #NoDibs isn't a naysayers fight. It's a movement that promotes good will. If we want to build a truly better Chicago, let's start simply. Let's start on the streets where we live.

You're capable of making a difference. This winter, shovel out a couple of extra spots as the snow inevitably comes down. I guarantee your neighbors will notice, and it's the perfect opportunity to start a conversation. Get to know them. Let them inspire you. Let their stories make you a stronger person.

We've got a lot going for us, Chicago. We face our winters with a fierce determination to see the beauty in the frozen streets or even just to hold out for the promise of Chicago summer.

We're proud of our puzzle of neighborhoods. We stand with our jagged little pieces.

We fight together. We survive together. 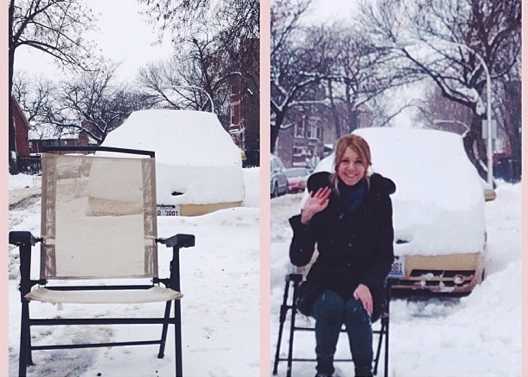 Paula R. Worthington is a senior lecturer at the Harris School of Public Policy at the University of Chicago, where she teaches classes in state and local public finance and cost-benefit analysis. At Harris, she is actively involved in teaching, advising, and programming as part of the Municipal Finance Certificate program and related initiatives. She received her doctorate in economics from Northwestern University in 1988 and has previously served in a variety of positions at the Federal Reserve Banks of Chicago and New York. Worthington is an eight-time recipient of the Harris School Public Policy Student Association's Best Teacher in a Non-Core Class Award.

Jamie Lynn Ferguson is a Chicagoan who stands for community and against poverty. She tweets about nonprofits, life in Chicago and her golden retriever Zelda at twitter.com/JamiePieChi.

Where do you stand on the dibs debate? Share your thoughts in the comments section, or tweet us with the #dnadibs hashtag.

Check out some of this season's dibs here:

UIC's Two-Site Obama Library Proposal Would Build Over the Eisenhower

All But Ald. Ervin Face Objections In the 28th Ward