The Top Photos of 2014 From DNAinfo Chicago, Ice to Salt

By DNAinfo Staff |&nbspDecember 31, 2014 6:55am | Updated on December 31, 2014 8:53am
Twitter Facebook Email More
Our top photos capture city life from the gritty to the humorous and tragic.
View Full Caption
DNAinfo

CHICAGO — Our top photos of 2014 touch a wide range of stories, from the bitter cold that Chicagoans endured as the Polar Vortex consumed the city, to the all-too-common tales of violence and even those that cause even seasoned cynics to crack a smile.

Wicker Park saw another summer of seasonal residents, often called rail riders or gutter punks. Alisa Hauser's photo of one man, sitting in a garbage can, encompasses many of the themes that emerged from reporting by her and Emily Morris. 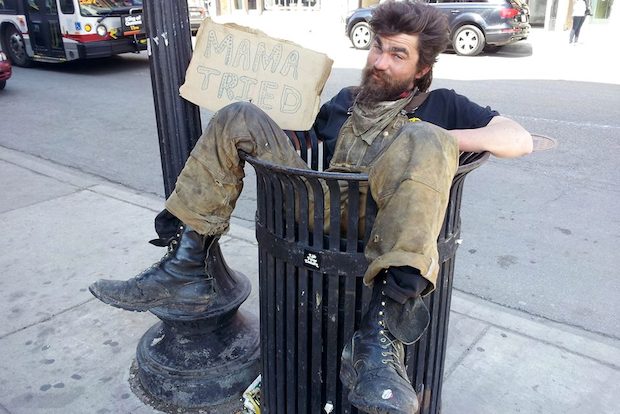 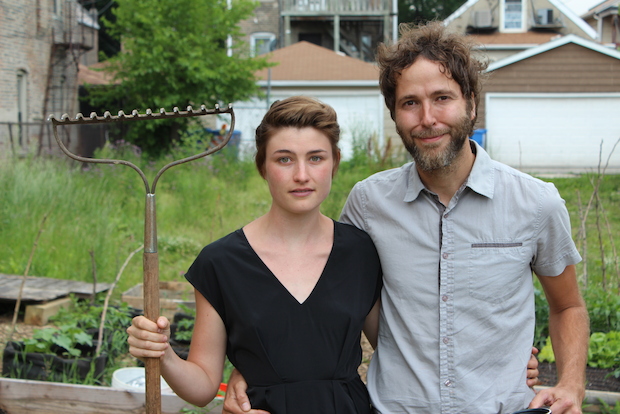 The shooting death of 15-year-old Demario Bailey on Dec. 13 shocked many people in the city. Walking under a viaduct with his twin brother, Demario tried to ward off a group of robbers, who fatally shot him over a jacket. Photographer Devlin Brown's image combines poignant storytelling with haunting lighting as police evidence technicians process the scene. 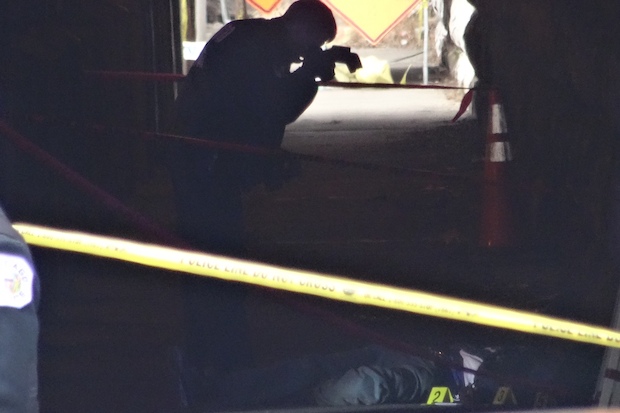 Josh McGhee's photo of a soldier saluting during this year's Memorial Day ceremony at Daley Plaza is simple, yet powerful. 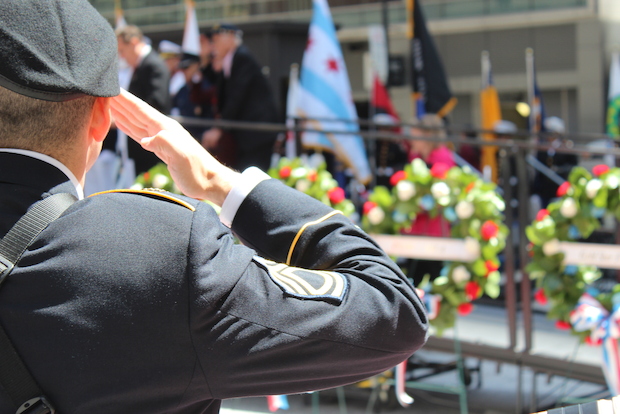 Images of our frozen city were ubiquitous during as Chicago was dubbed Chiberia. If you couldn't tell it was cold before stepping outside, the many photos of Lake Michigan steaming with a backdrop of the skyline was all you needed to know. Editors Justin Breen and Alex Parker took these photos. 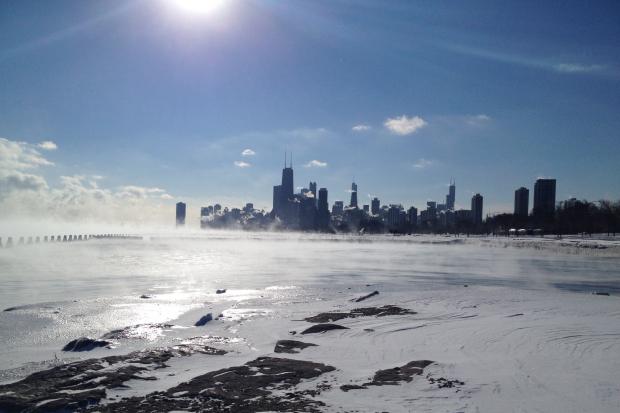 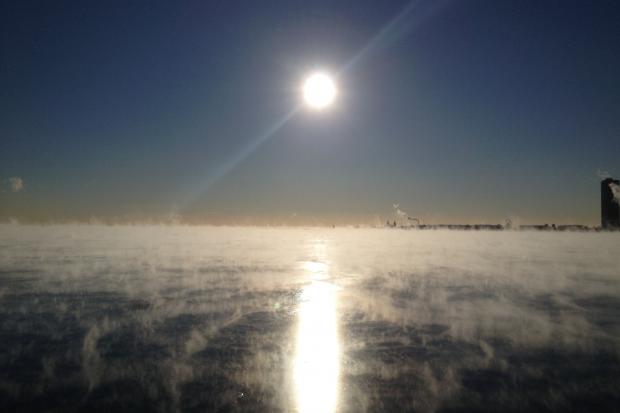 The brutal temperatures weren't all bad, though, as Darryl Holliday wrote in this story about an urban igloo built in Andersonville. 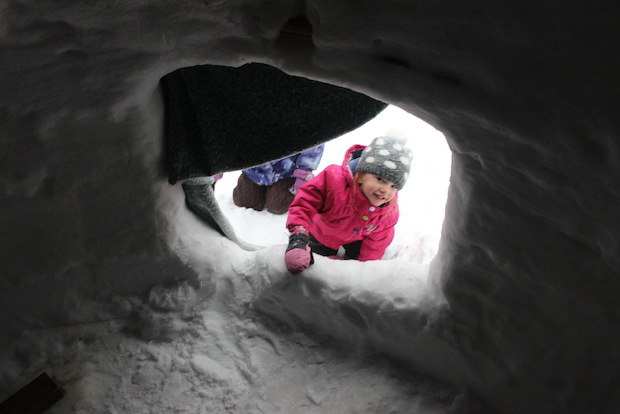 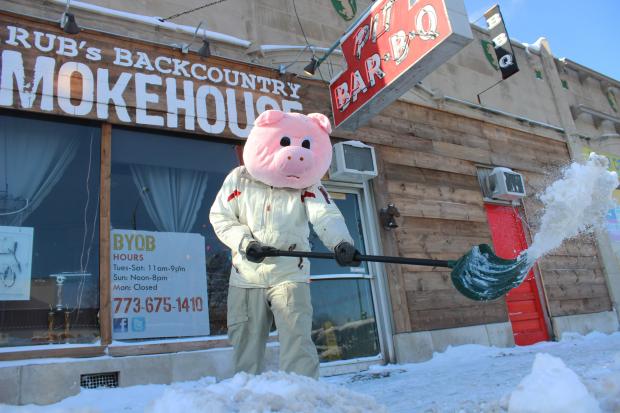 Doug Sohn spent 14 years serving his famous Hot Doug's hot dogs to customers, and when it came time to order up the final encased meat, it was Hot Doug himself at the counter. Josh McGhee's photo of Sohn ordering from longtime friend Paul Kelly captures the emotion that went along with the closing of the beloved hot dog stand. 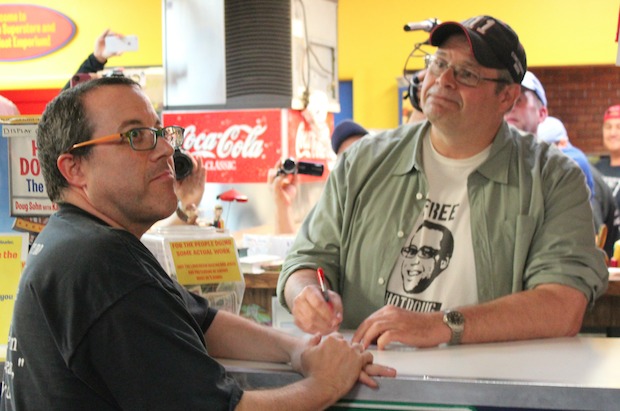 Reporter Paul Biasco told the tale of a Lincoln Park man, Michael Frost, who escaped a pair of armed robbers while walking through the neighborhood. Frost recounted his story, and showed how the robbers pointed a gun at his head before he was able to fee. 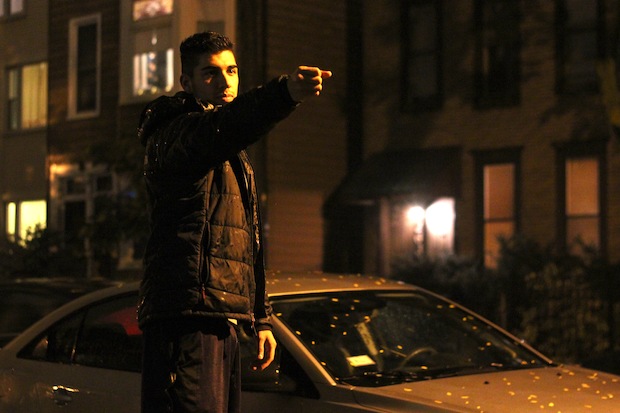 Brown captured another stirring image when he photographed family members mourning the death of Cesar Nieves, who was fatally shot in Little Village in May. The story that accompanied the photo is brief, but the image tells much more. 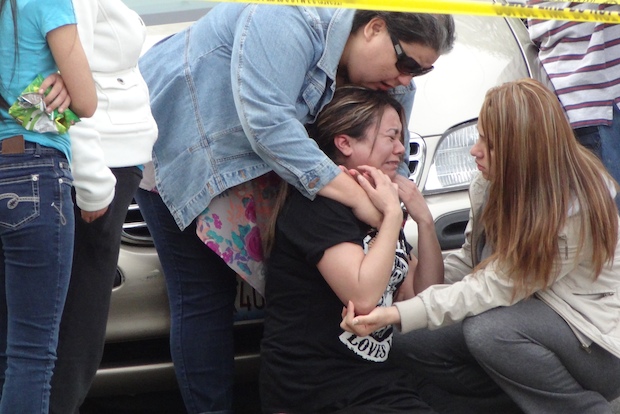 In March, Ben Woodard captured a scene in Rogers Park that helped tell the story of 2014's violence on Morse Avenue: a police officer stringing up a block-long roll of police tape. It followed the wounding of two men who came to the neighborhood to visit a family member. 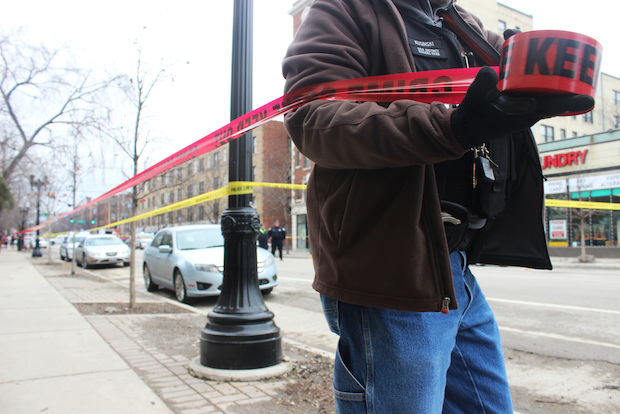 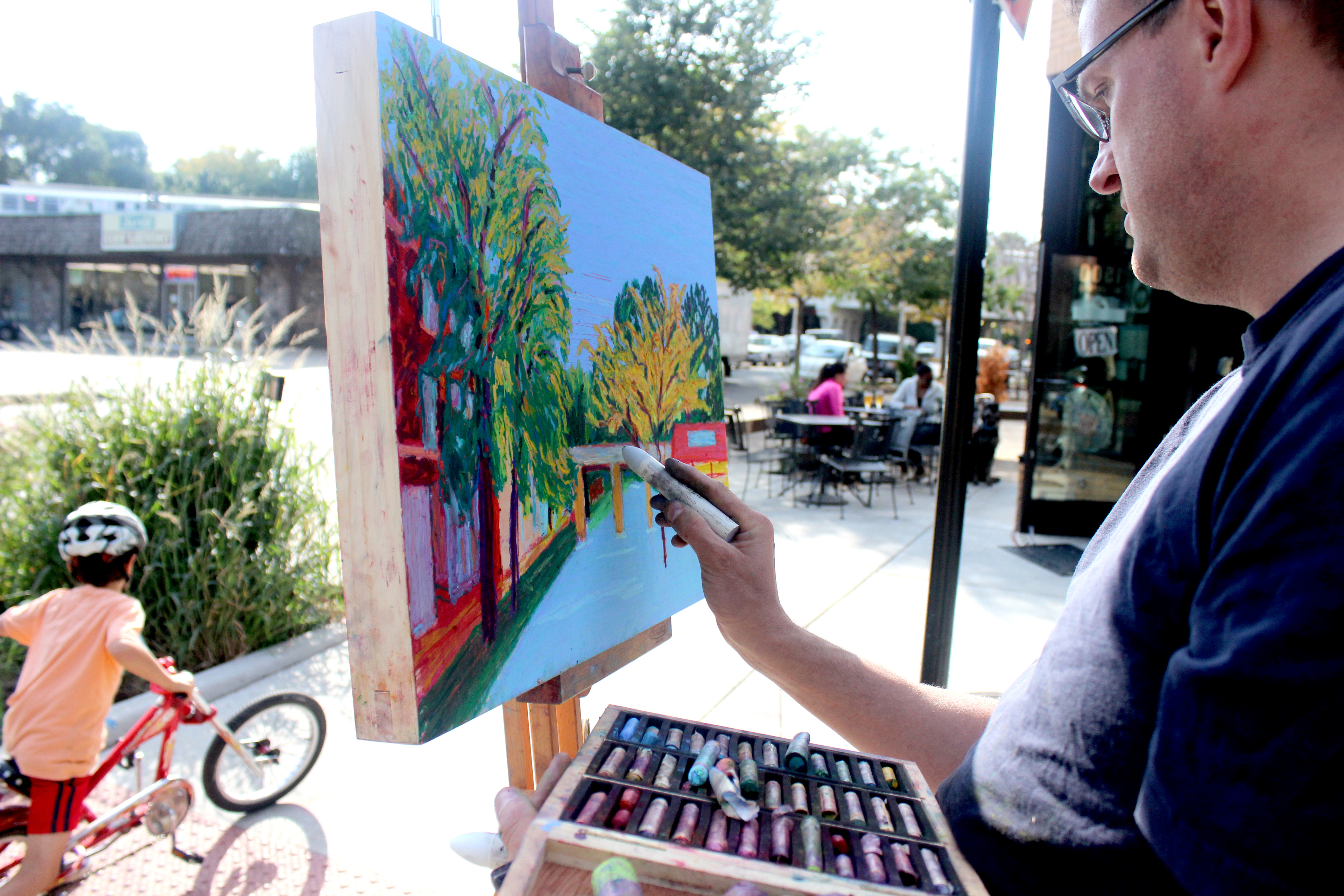 And, of course, a late entry. Paul Biasco captured the surreal sight of Acuras buried under tons of road salt that spilled out of the Morton Salt plant on Dec. 30. 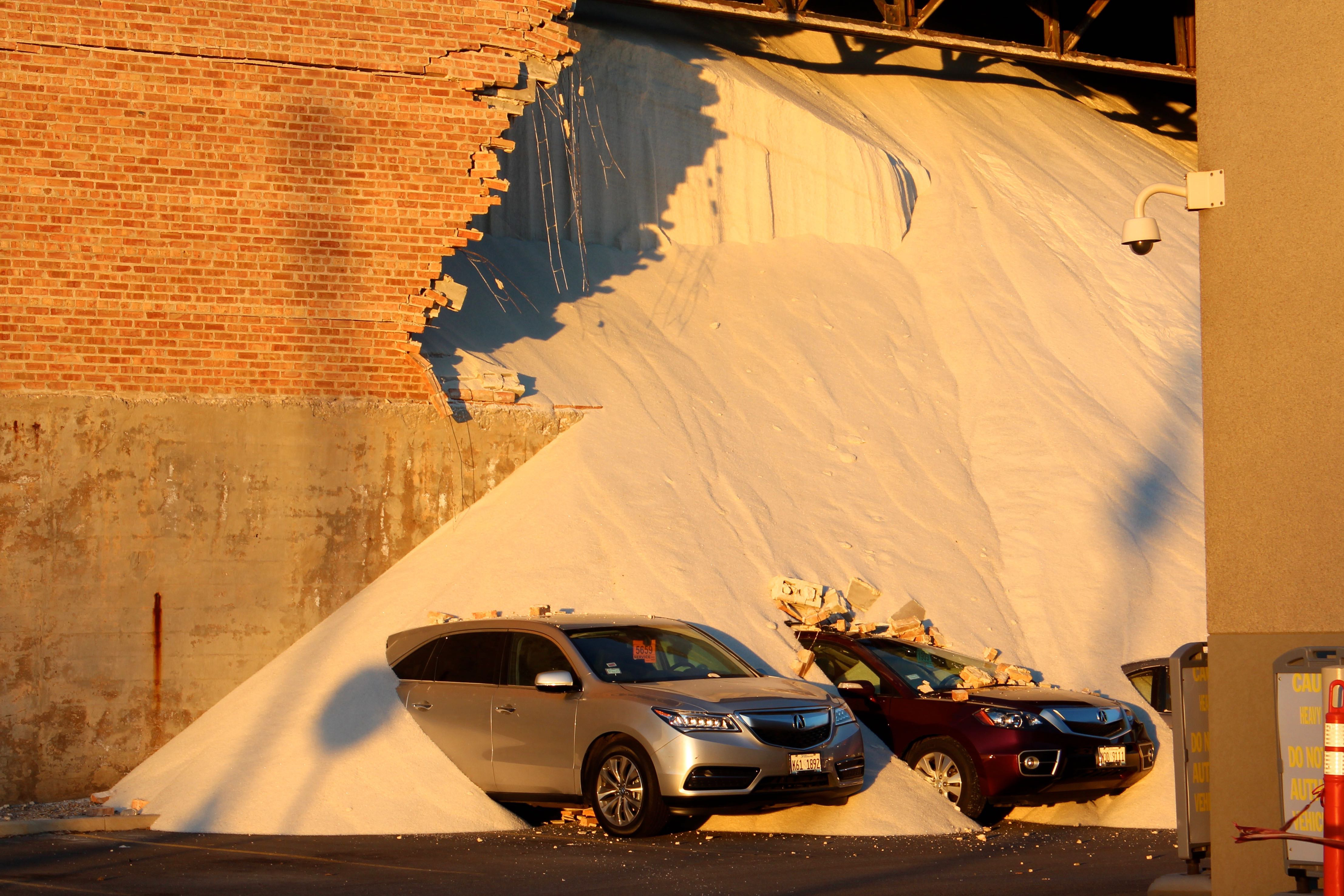