DOWNTOWN — Chicago's Downtown has some of the best shopping in the nation, drawing tourists and suburbanites in droves this time of year.

Of you want to avoid the crowds and get off the beaten path, we found some more laid back shopping options in the 'hoods around the Loop.

It's true, smoking might be on the outs, but remember that even Santa sports a pipe, with smoke that encircles his head "like a wreath," in Clement Moore's "A Visit From St. Nicholas." So he'd be right at home at Up Down Cigar, 1550 N. Wells St. The self-proclaimed "Greatest Tobacco Store on Earth" has cigars, cigarettes and pipe tobacco, but also an extensive array of pipes, lighters, canes and other accouterments to suit the gentleman, or lady, smoker. 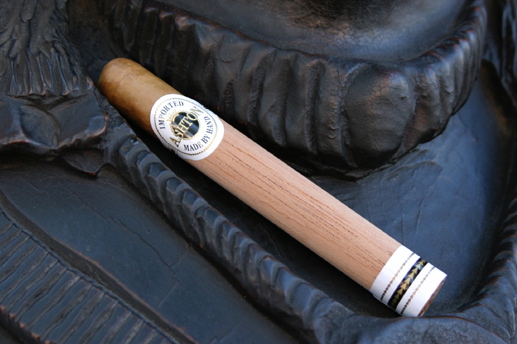 With the city's most extensive collection of jazz records and CDs, the Jazz Record Mart, 27 E. Illinois, is also the self-proclaimed "World's Largest Jazz and Blues Record Store." It prides itself on keeping all in-print records in stock from Chicago's own Delmark Records, including Magic Sam's "West Side Soul" and Junior Wells' "Hoodoo Man Blues" (with Buddy Guy playing guitar on a very menacing "Good Morning Schoolgirl"), thanks, of course, to both being owned by the "irascible" Bob Koester. And a T-shirt with the distinctive "jrm" logo, at $18, is sure to put you on the best-dressed list at any city street festival. 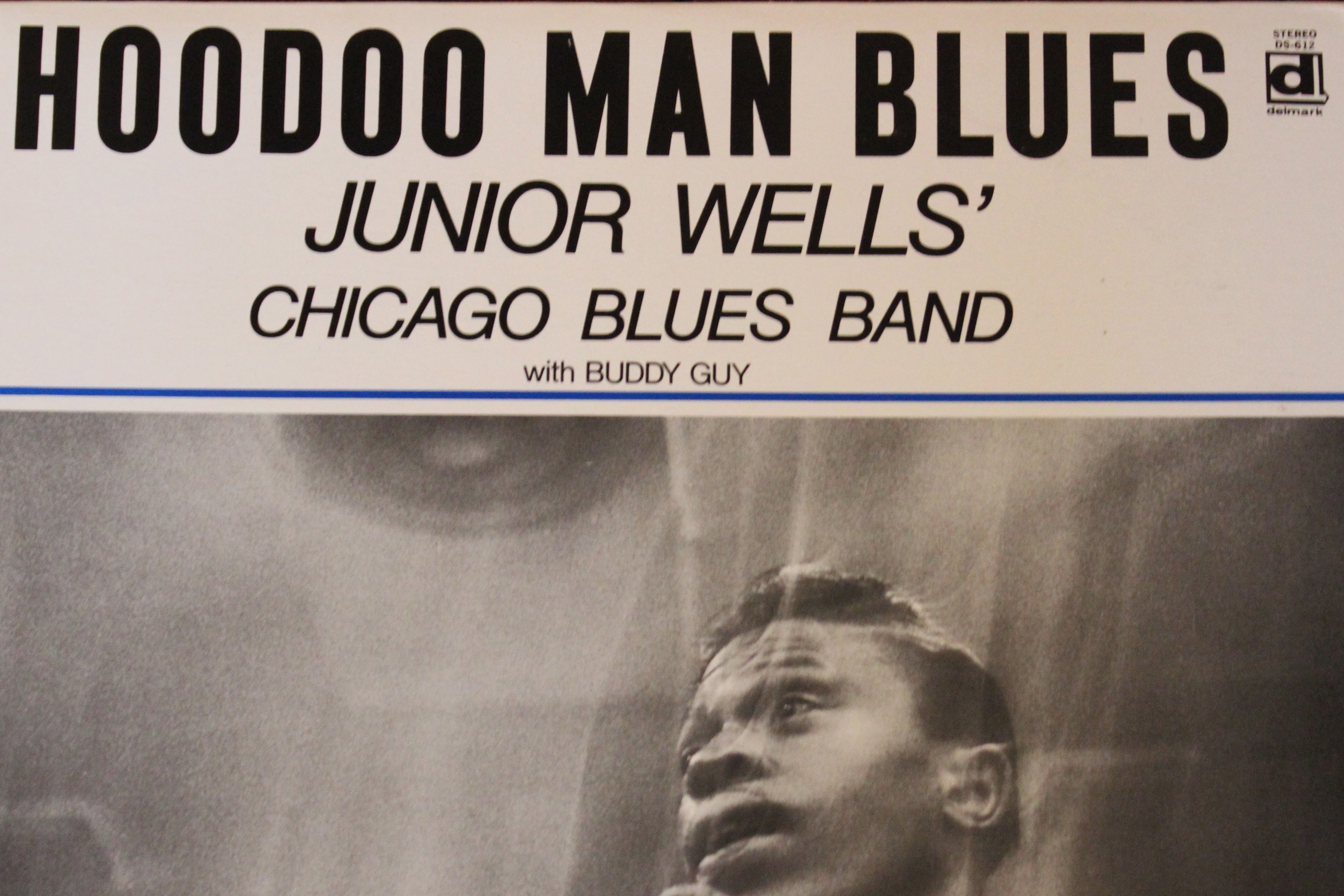 For the last few months, Tete Charcuterie has been establishing itself as a world-class — and globe-spanning — sausage restaurant in the West Loop, at 1114 W. Randolph St. Yet for holiday shopping you don't even have to go there. Their online selection includes a Matt Forte Foundation Tailgate Package that boasts to have everything you need in preparing to watch the Bears' star running back at Soldier Field: a pair of beer hug 'ems, a Forte Foundation bag and T-shirt and, most important, their Fortete Cajun sausages, complete with pickles, mustard and buns. It's $45 and benefits, of course, the Forte Foundation. 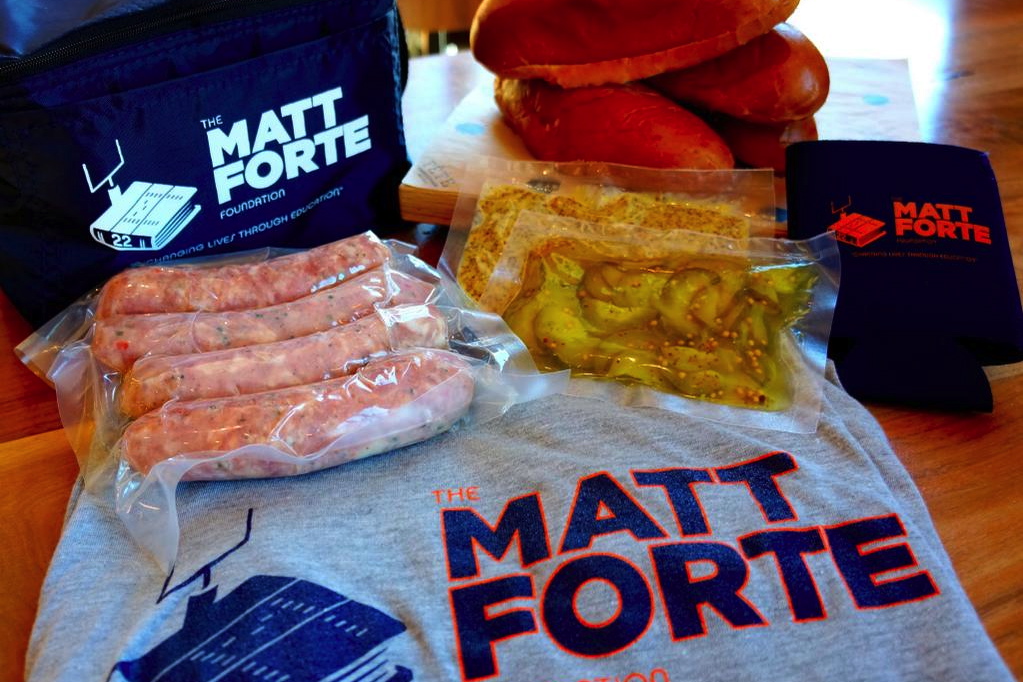 Ok, ok, you might not avoid the crowds if you hit up the Art Institute's gift shop, 111 S. Michigan Ave.  But practically everything in the store screams something about the city's most magnificent art collection, from a Frank Lloyd Wright magazine rack ($70) to, of course, art prints ($15 and up) to hang on the wall. It's at 111 S. Michigan Ave., just walk between the beribboned lions. 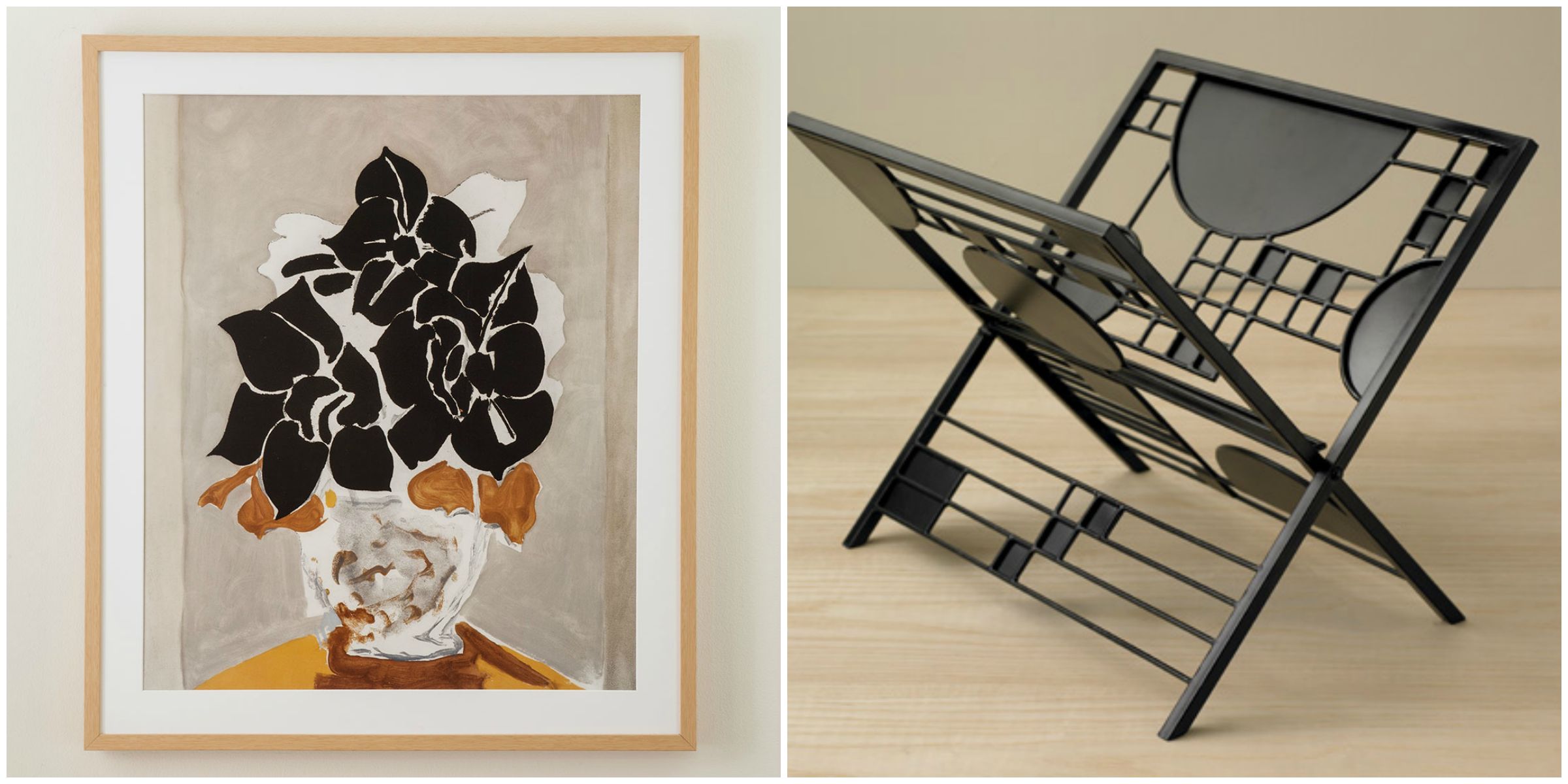 The city prides itself on its architecture, and its own reverence for the field, so there's no better place to find a distinctively Chicago gift than the Chicago Architecture Foundation Shop, 224 S. Michigan Ave. A set of Marina Tower earrings will set you back $160, but you can also pick up the new 2014 edition of the AIA Guide to Chicago — at $35, a must-own for any local architecture aficionado. 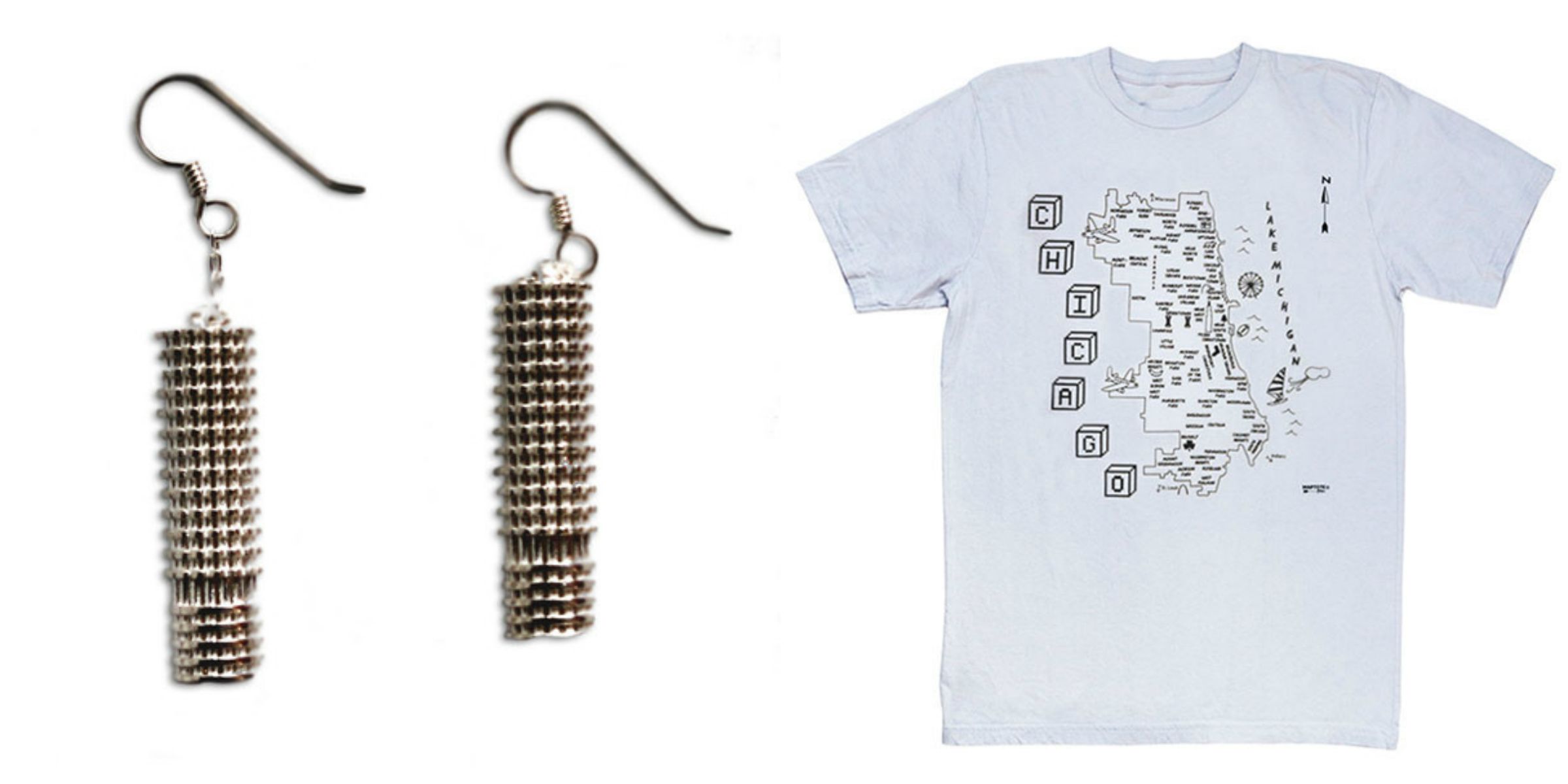 In an era when even big book chains struggle to survive, somehow Sandmeyer's Bookstore in Printers Row at 714 S. Dearborn St. endures. That's likely due to its wide selection, including a large children's section, and friendly personal service. It's worth the trip. They recently hosted a reading by Bryan Stevenson, whose new book "Just Mercy" "chronicles his tireless efforts to fix our broken criminal justice system." 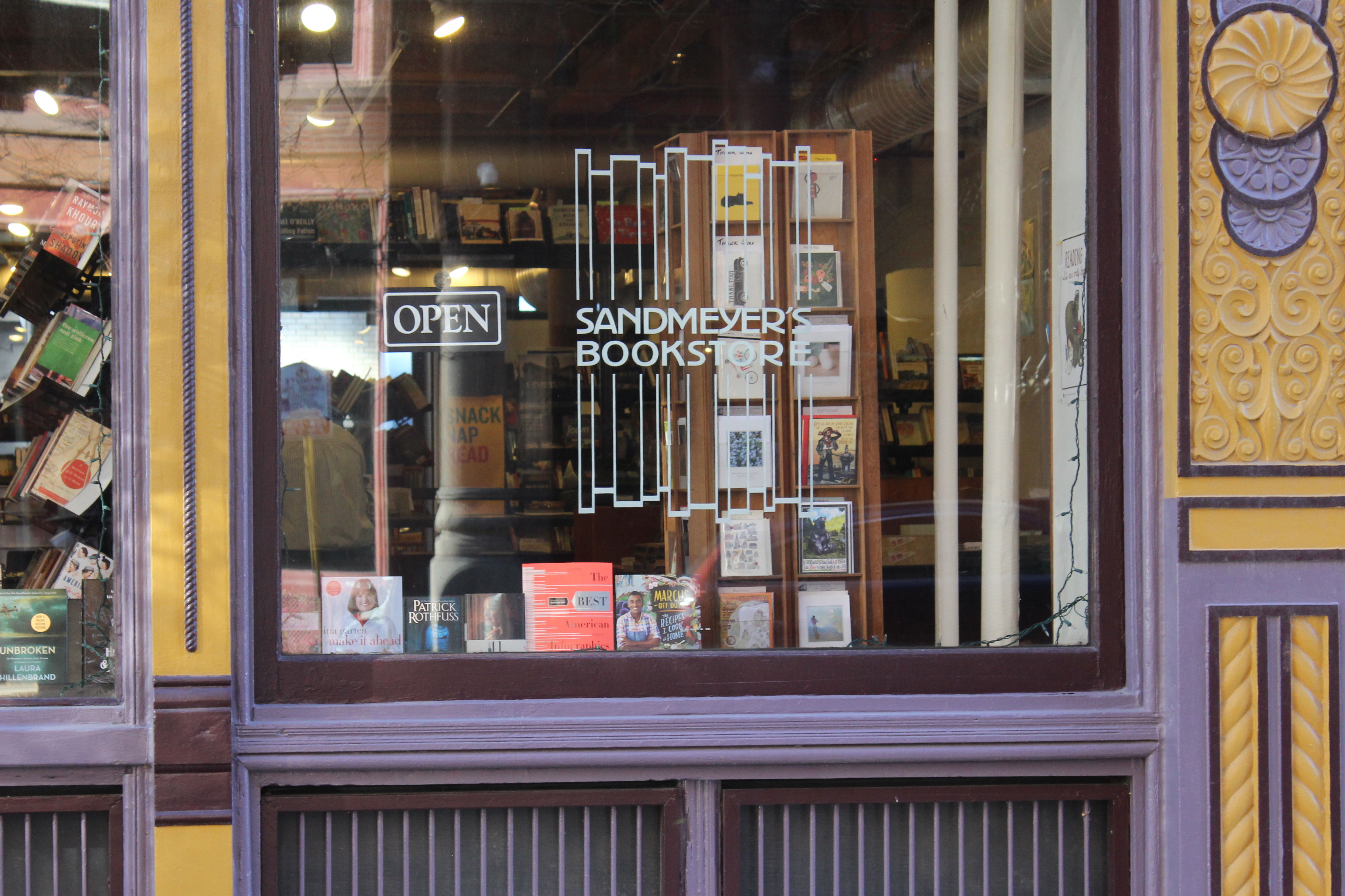 The same personal service applies at Gentile's, also known as the Printers Row Wine Shop at 719 S. Dearborn St. They've expanded the selection for the hot hipster's choice of local craft beers like Lake Effect, Two Brothers and Revolution Brewing. And there's a bourbon of the month as well. 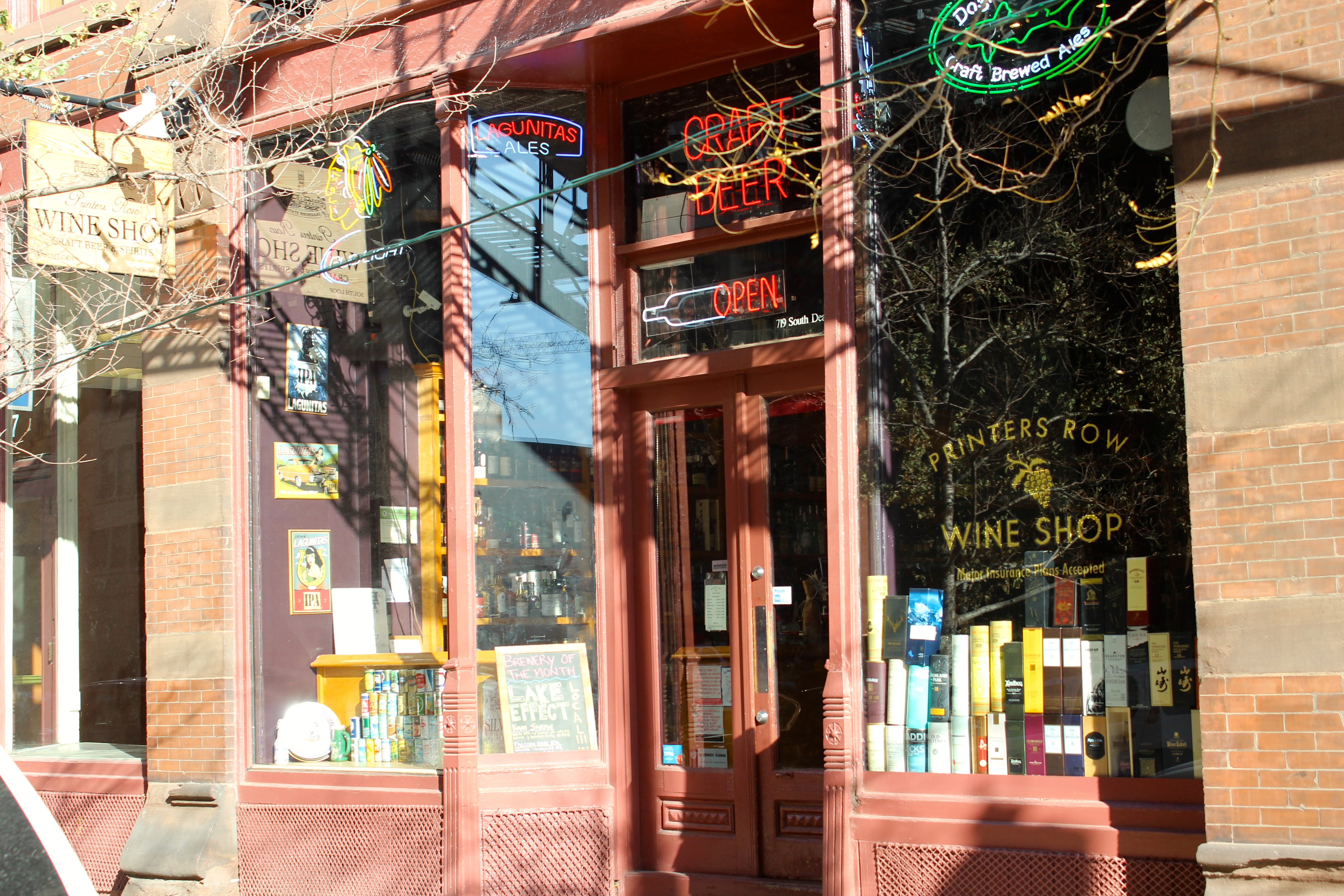 SuccezZ, 1329 S. Michigan Ave., is partially owned by Bobby Simmons, the former Simeon High School and DePaul University hoops star now with the Los Angeles Clippers. It's unlike any of the sneaker shops on the Mag Mile, with couches for lounging and a uniquely welcoming feel. We dig the new Nike LeBron 12 "Instinct" and the Nike kd "Calm Before the Storm."

Lincoln Square Gift Guide: From Art to Booze, All Chicago-Made