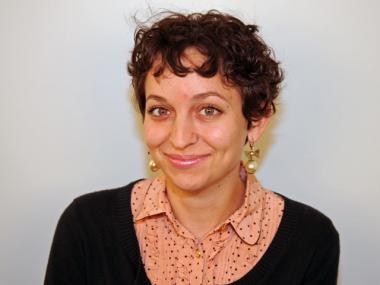 Victoria Bekiempis is a reporter/producer for DNAinfo.com New York covering the Upper East Side.

Victoria, a Tampa, Fla. native, moved to New York in late 2009 after freelancing and translating her way through Chile and Bolivia.

She has been lucky enough to live in Bushwick, Windsor Terrace, Yorkville, Washington Heights and Williamsburg — and inhale these neighborhoods' wonderful foods — during her time in the city.

Prior to joining DNAinfo, Victoria worked at the Village Voice and completed internships at news organizations across the U.S. and abroad, such as the the The Tampa Bay Times, the Associated Press' Lima, Peru, bureau, the Bradenton Herald and the Daily Hampshire Gazette — where she won an investigative reporting award for an expose of a shady developer.

She has contributed to the Guardian, Bitch magazine and the Daily News, among others.

She has also worked her fair share of odd jobs, including cocktail waitressing at the Continental and cat care-taking at a feline hotel in her hometown called "Kitty City."

Victoria studied philosophy, Spanish, and French at the University of South Florida, but really spent all her time at the school newspaper, the Oracle.

Victoria reads a lot and likes Star Trek more than she would care to admit.

Fun Fact: Victoria has a machete scar from blazing a trail in the Amazon.

Ben Kallos acknowledged he created the site for those wanting to host a "Battlestar"-style seder.

The Upper East Side Eatery will feature "bottomless brunch" offerings to celebrate the holiday.

A MCNY staircase has been adorned with quotes and images about the city's history.

Illuminated Torah on Display at Metropolitan Museum of Art

The manuscript dates to the 15th century and will be on view until January 2014.