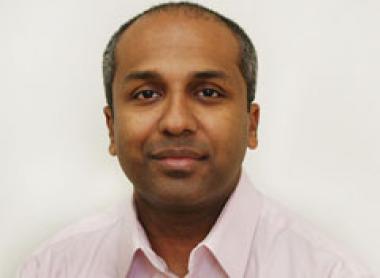 Sree is DNAinfo's technology expert, explaining trends and demystifying the technology that affect Manhattanites. He is dean of student affairs at Columbia University's Graduate School of Journalism, where he teaches in the digital journalism program.

For more than eight years, he served as technology reporter for WABC-TV and WNBC-TV and now appears on various TV shows to talk tech. He has written articles for the New York Times, Business Week, Rolling Stone, National Journal, Bloomberg, Forbes and Popular Science.

He is co-founder and former president of the South Asian Journalists Association, a group of more than 1,000 journalists across the U.S. and Canada. In 2004, Newsweek magazine named him one of the nation's 20 most influential South Asians; and in 2009, AdAge named him "one of 25 media people to follow on Twitter."

Fun Fact: Sree loves to play golf, and Manhattan is a great place to find courses within a short drive or even a subway ride. But he hasn't played much since his twins - now 6 - were born.

Five Things I Learned After Tangling With James O'Keefe

Sree Sreenivasan says he learned a few lessons from getting ambushed by James O'Keefe, the conservative filmmaker who targeted ACORN and NPR.

10 Thoughts About Your Unfollowers

Sree Sreenivasan discusses why people unfollow you, and what to do about it.

A New Way to Map Manhattan

Sree Sreenivasan takes a tour of Manhattan on CityMaps.com.

Sree Sreenivasan weighs in on Amazon's entrance into the iPad-dominated tablet market with the Kindle Fire.

Sree Sreenivasan checks out the latest changes to Facebook.