COBBLE HILL — Outraged locals are calling on their neighbor to remove a string of naked, bloodied and dismembered female dolls from a tree outside a Cobble Hill home.

The macabre display of nearly a dozen all-female plastic dolls in front of 280 Clinton Street is intended as a gory Halloween decoration placed among a coffin and skeleton, but some residents said the grisly arrangement of naked women's bodies is in poor taste.

"My feeling is, however benign the intent might be, at the end of the day you have naked, blood-stained, mutilated female bodies," said James Kuken, who lives in the area and first noticed the unsettling sight Thursday. "At this moment the zeitgeist is violence and harassment against women, which makes it all the more amazing to me that they put this up." 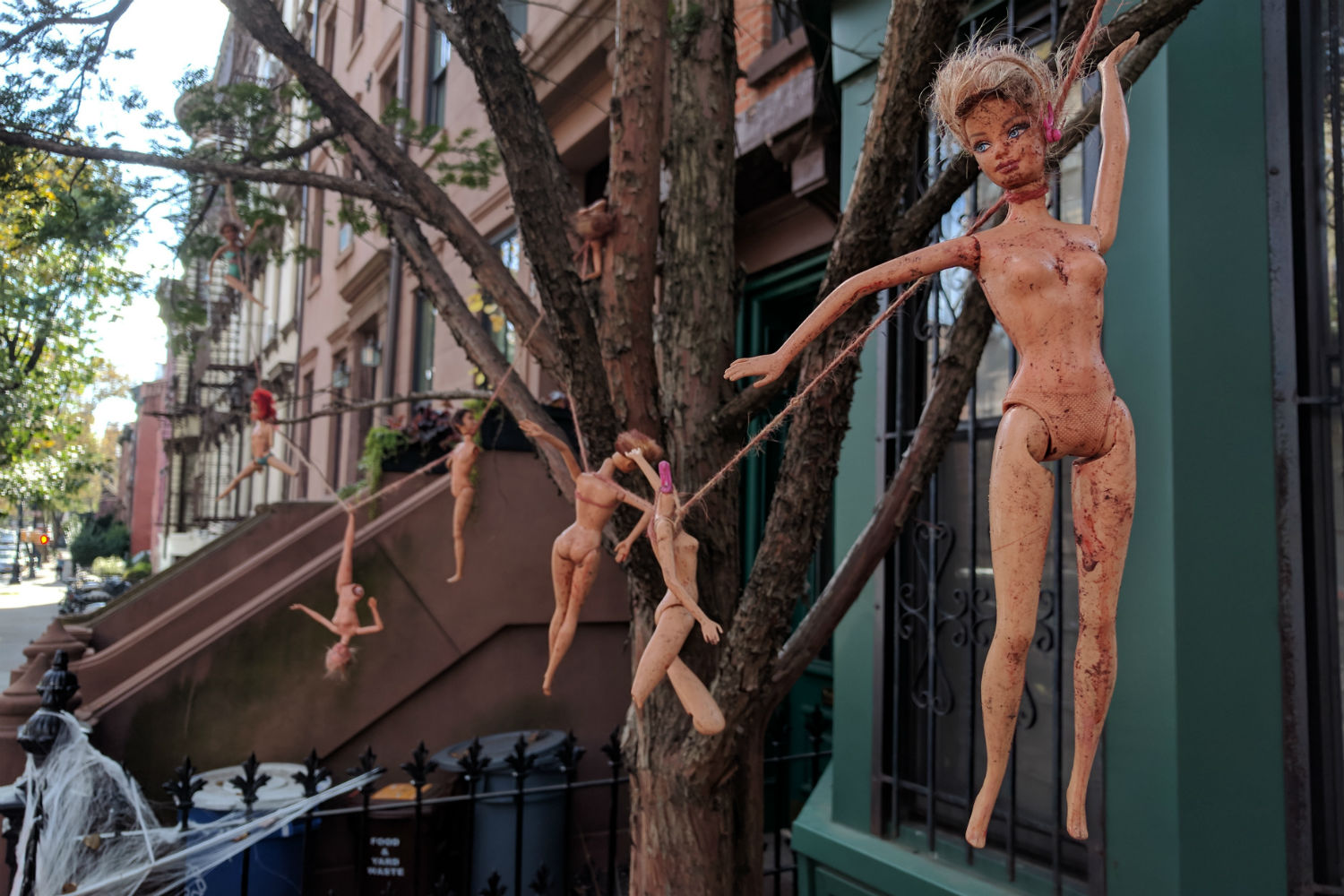 Kuken and his wife, Lisa, said they fear the "violent imagery" sends the wrong message to area youngsters.

"This is a neighborhood where you can't walk two feet without falling over young children," said Lisa Kuken. "You don't want children to see this and think that is normal."

Most of the nine dolls dangle from the tree nude and are smeared and splattered with a red liquid that mimics blood. Some have their limbs and heads ripped off while others are hung by the neck. Some passersby stopped to gawk or snap photos of the creepy creation over the weekend.

One parent was particularly appalled by a doll in only panties with her legs splayed, she said.

"Whoa — that's creepy," said Rebecca Marcy, covering her 6-year-old daughter's eyes as they passed on their way to Cobble Hill Park, which is a block from the building.

"This really isn't the message we need to be sending our kids," said Marcy, who lives in the area and works as an elementary school teacher. "I don't care that they're Halloween decorations — ripped up, naked ladies is taking things a bit too far." 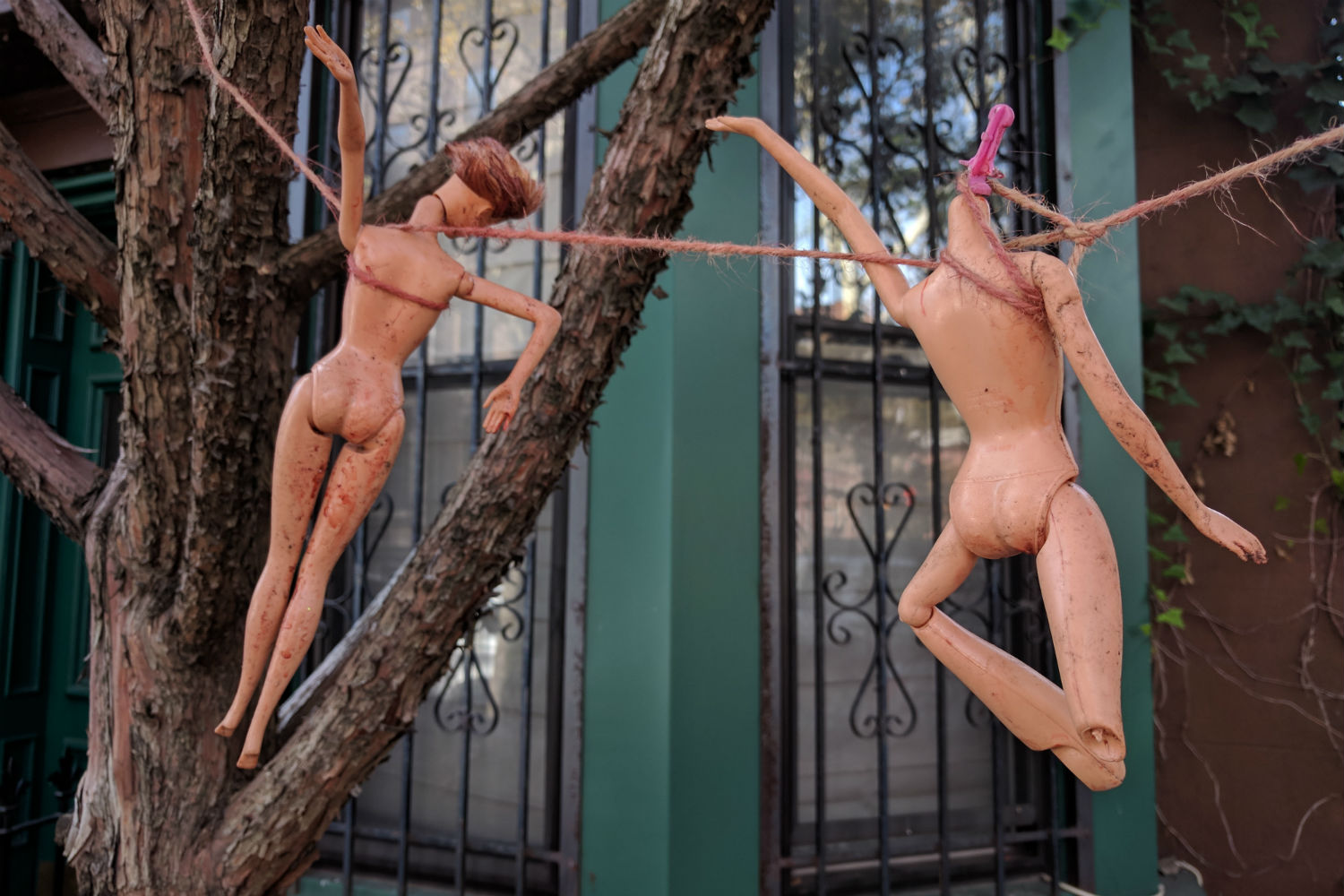 DNAinfo New York visited 280 Clinton Street on three separate occasions for comment from the residents, but no one answered the door.

"For the life of me I don't understand why anyone would think that is a good idea. It's a tree of naked, ravaged women," said Karen Burke, who lives nearby and said she slipped a note through the mail slot Friday asking her neighbors to remove the decorations.

"This doll looks violated," said Malia Griggs, a passing Prospect Heights resident who stopped to take a photo of the morbid ornaments. "Halloween is a weird time but it's really in bad taste."