CIVIC CENTER — Thirty people were charged Tuesday with using forged placards to park their luxury cars in spots throughout the five boroughs, including ones reserved for handicapped people and commercial drivers, law enforcement officials said.

The 30 were accused of buying the bogus laminated cards for prices ranging from $500 to $2,600 to pass themselves off as officials with local and federal agencies such as the Administration for Children's Services, FEMA and the NYPD so they could park in prime spots mostly located in congested Lower Manhattan. The investigation stretched from March to September.

The fake parking cards graced the dashboards of a Rolls Royce, a Mercedes, BMWs and Range Rovers, according to the Department of Investigation. None of those charged were city employees.

"I think it’s a good example of the fact more and more enforcement is happening and anyone who inappropriately uses a placard or fabricates a placard will pay a price,” the mayor said.

De Blasio vowed to clamp down on placard abuse in May, including creating a new NYPD unit to dole out $100 fines for city employees found abusing their placards by parking in an unauthorized spot.

The crackdown came after the city gave out 50,000 new placards to Department of Education employees to use at designated spaces near school property.

The people arrested were facing felony and misdemeanor charges including criminal possession of a forged instrument and criminal impersonation. 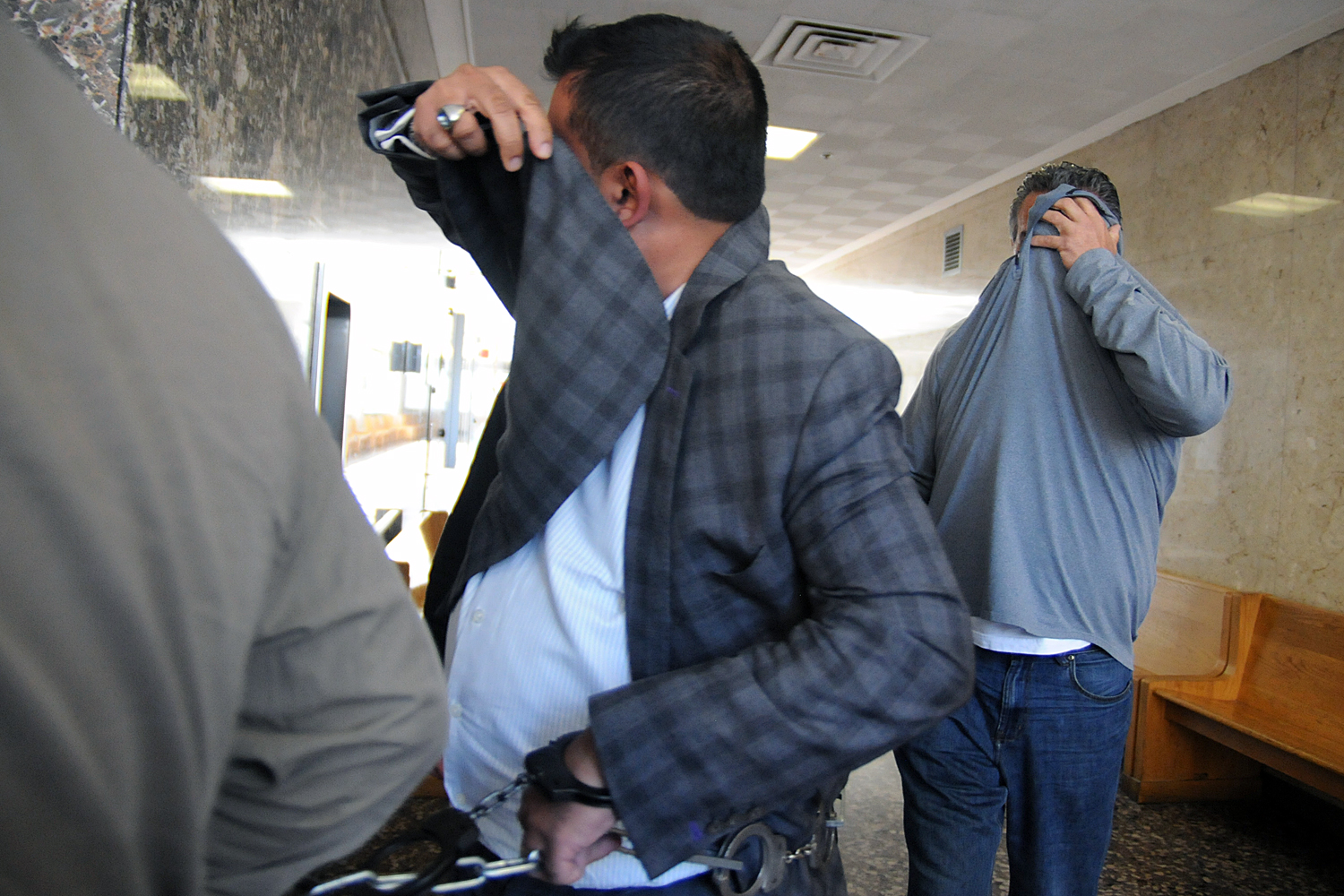 Some of the defendants were so brazen about their fraud that they tried to use the phony placards to get out of parking tickets they had received.

The following people were charged, according to the DA:

►Ralph Faccilongo, 50, of The Bronx

They all pleaded not guilty and were released without bail.

Police are also arrested Mahmoud Jeaidi, 21, on Sept. 29 and charged him selling an undercover DOI agent a fake Law Department placard for $1,200, according to court documents.

The placard resembled ones the department stopped using in 2013, prosecutors said, and had a holographic sticker on it.

Lawyer Kenneth Murphy, who represents Firaydonova, said his client has "never been arrested, never had a problem in her life prior to this."

He added that she is a mother and "solid member of her community" who voluntarily turned herself in and "plans to defend the charges."

Gregory Esposito, who represented Bogdanovs, said his client maintained his innocence and perhaps was being made an example of.

“I definitely think it’s a bit much, and whether true or not, it’s not the crime of the century."