BEDFORD-STUYVESANT — A developer who damaged a Bed-Stuy building while renovating a townhouse next door before flipping the property less than a year later is late on a payment to the neighboring property's owner for making a mess of her building, according to court records and the neighbor.

Ozone Development, a firm based in Queens Village, blew past the Sept. 17 due date to pay $4,500 to Evette Simmons, who took the company to court after its contractors made alterations to her home while fixing up the townhouse next door at 631 Hancock St., between Malcolm X Boulevard and Lewis Avenue, according to Simmons and court documents.

Simmons secured the promise of $4,500 for the damages to the building once owned by her late grandfather, according to a stipulation agreement filed in Brooklyn small claims court, but more than a week after the deadline for the payment, she hasn’t seen a dime from the firm.

"After the court hearing, I haven't heard a peep," she said.

Ozone, which is owned by Joe and Abraham Mashieh, bought 631 Hancock St. for $840,000 in August 2016, according to property records, and immediately set about fixing it up to sell it. Renovations included a shiny black coat of paint over the building’s previous light-colored brick facade, and the new owners sold the property for $1.3 million in July, according to property records.

During the renovations, however, contractors for Ozone painted the wall of Simmons’s building and affixed a handrail to it, all without her consent, Simmons said. They also dumped plastic bags out front, resulting in a $100 fine from the Department of Sanitation, a ticket she later managed to appeal. 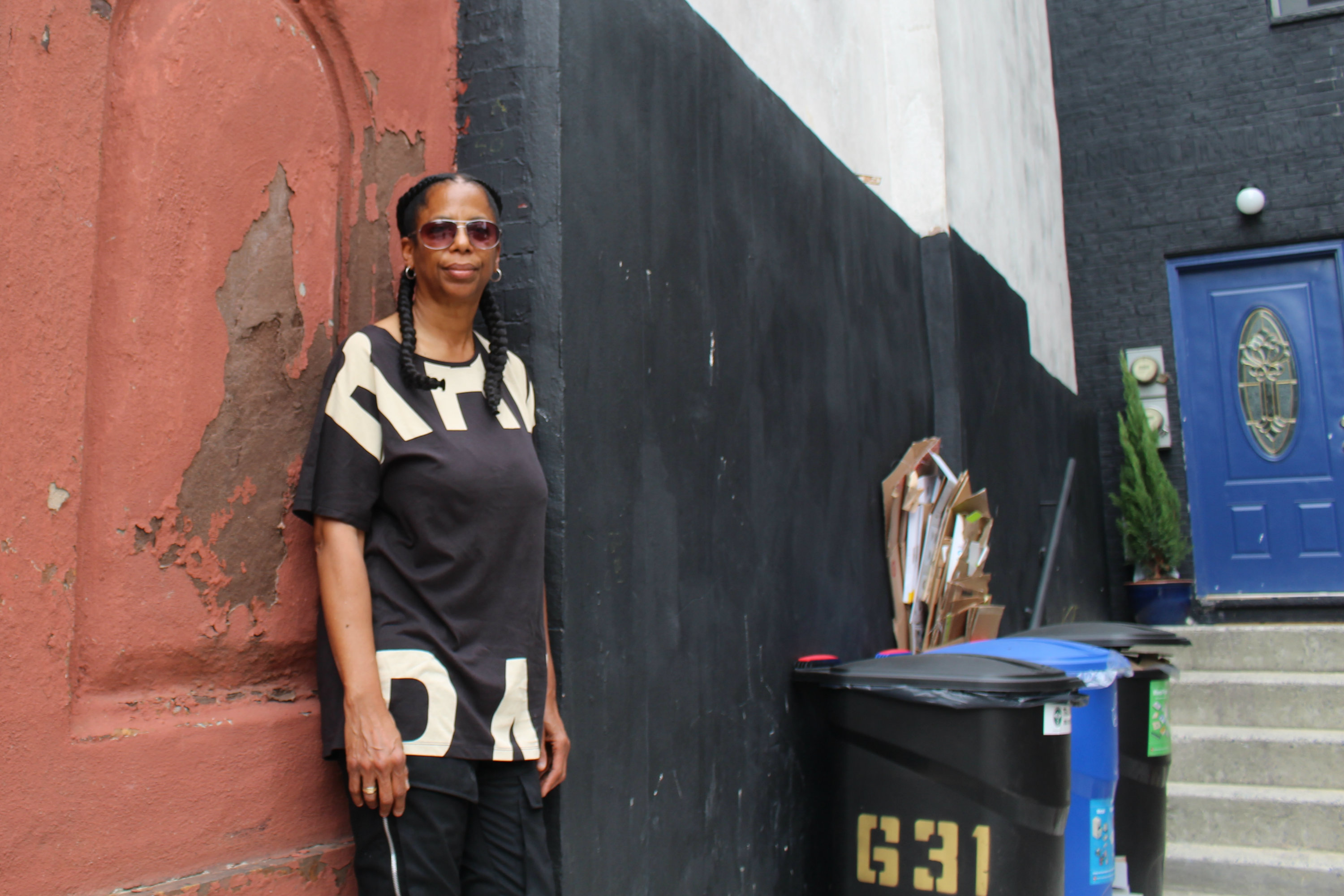 Simmons, who lives in Mill Basin and rents out the property that originally belonged to her grandparents, didn’t find out about the alterations until December, after a tenant notified her, she said. When she got there, she was dismayed to see the changes and immediately began trying to reach the new owners of the neighboring building. But an early attempt by a lawyer turned up nothing when the Mashiehs did not respond to phone calls and emails.

Eventually, with the help of the activist group Equality for Flatbush, she got a pro-bono lawyer and brought Ozone Development to small claims court. On Aug. 17, she received a pledge from the developers to pay $4,500 for the damages, according to a copy of the stipulation agreement, which gave the Mashiehs 30 days to cough up the money.

But the deadline of Sept. 17 came and went, with no word from Ozone Development, said Simmons, who noted the the issue goes beyond the money.

Before he passed away more than a decade ago, her grandfather asked only that she maintain the building and keep it in the family. She said she treasured the property as a legacy of black homeownership in a neighborhood that, in the years after he died, began to see developers coming in and flipping homes, or renting them to new residents.

“I felt a strong responsibility to hold onto the property and carry on the legacy, and that’s not something to disregard lightly,” she said. “There’s a lot of history behind that limestone.”

So, after seeing a developer buy out an elderly neighbor for a relatively low sum before damaging her building in the process, it comes as an extra insult that the company hasn’t yet held up its side of the bargain.

“The system has failed,” Simmons said.