BROOKLYN — The perk included in a new three-story two-family townhouse at 307 Van Brunt St. in Red Hook, might be a real lure for some buyers who complain that the neighborhood lacks transit options.

The home, which hit the market last week for $2.995 million, will come with a Tesla, a Tesla charging station, and a deeded parking spot, said Jennifer Bocian, Director of Business Development at Ideal Properties.

While the neighborhood doesn't have a subway stop, it does a Tesla showroom, which opened on Van Brunt Street in March 2016.

“We thought what could be a better pairing in Red Hook than Tesla and this property,” said Bocian.

The electric car company’s specialists will be on hand at open houses for the property — scheduled for Thursday and several upcoming Sundays. The exact Tesla model has not been decided upon but will be worked out during negotiations, Bocian added.

“Red Hook is probably one of the last few untouched, authentic neighborhoods. There’s this real industrial, historic charm to it,” she said. “Another reason why that is true — there’s no subway that goes right there. And for those who want to be there, it speaks to certain exclusivity. But the developer wanted to make sure he could provide a dedicated parking space. So, in this case, no subway, no problem.”

The neighborhood does have Citi Bike docks and a new Atlantic Basin NYC Ferry dock on the South Brooklyn route, which started service June 1. Not to mention the B61 and the B57.

The townhouse's adjacent twin at 309 Van Brunt went into contract before the official sales launch of the property. Bocian declined to say if 309 bought too early to get a free Tesla. 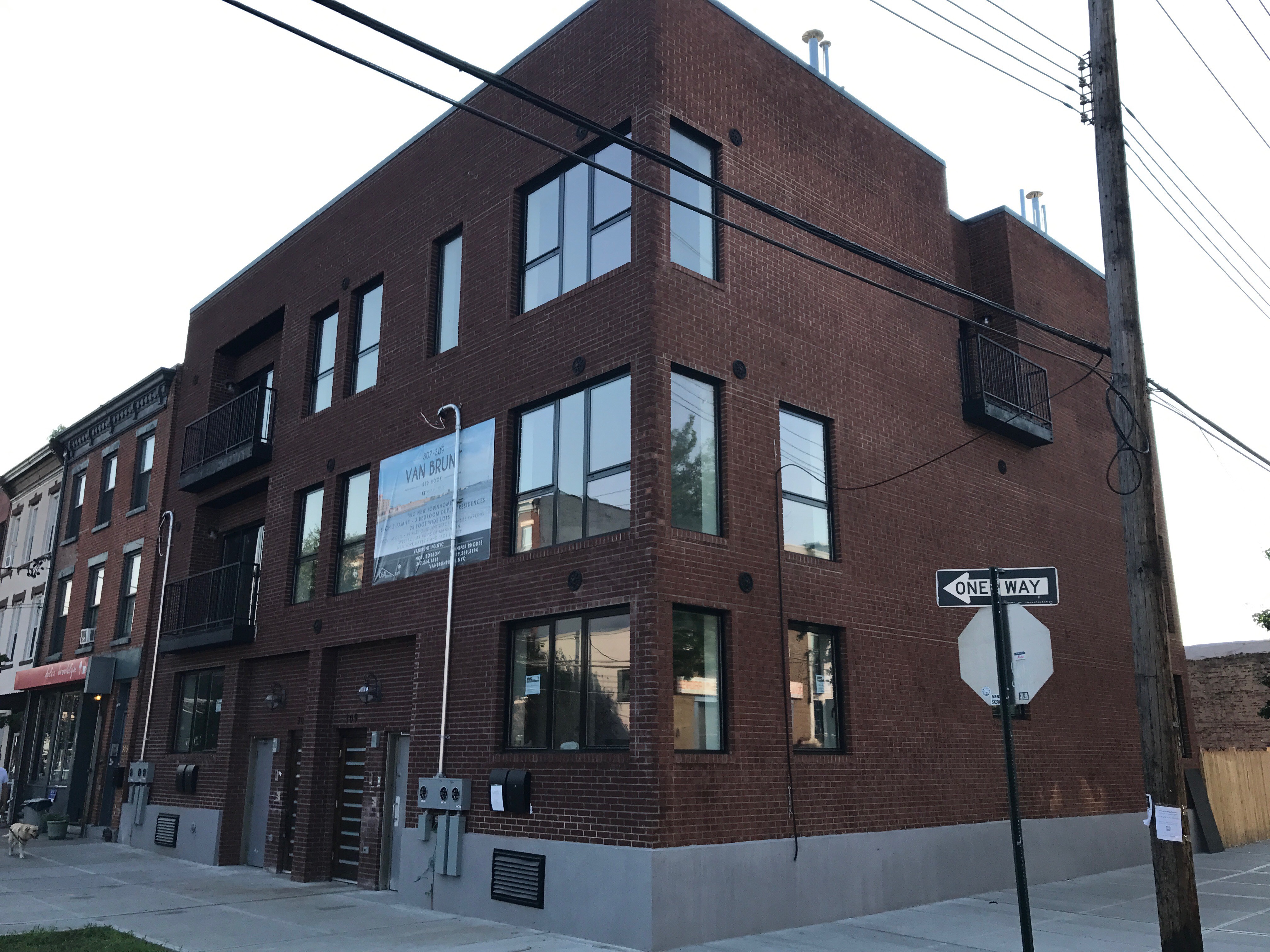 Before these high-end loft-like townhouses were built, the space had been an empty lot that organically grew into a community meeting spot, with neighbors tending garden beds for more than a decade until it was abruptly locked and filled with sand. A giant willow tree shading the spot was knocked down during Superstorm Sandy nearly five years ago.

The townhouse's first floor is elevated about five to six feet and it has a special water drainage system, Bocian noted.

The location, perched next door to Dolce Brooklyn gelato and near local hotspots such as Fort Defiance restaurant and the Black Flamingo coffee shop, attracted the attention of famed British street artist Banksy. His stencil of a heart-shaped red balloon covered in bandages was found in 2013 on a building at King and Van Brunt streets across from where the townhouses now stand.