By Katie Honan |&nbspSeptember 5, 2017 11:33am
@katie_honan
Twitter Facebook Email More
Thriftway Pharmacy opened in 1966 and has remained opened inside the Far Rockaway Shopping Center, in spite of neglect inside the mall.
View Full Caption
DNAinfo/Katie Honan

FAR ROCKAWAY — The City Council is expected this week to vote on a rezoning of downtown Far Rockaway that will inject more than $125 million into the long-neglected neighborhood — bringing taller buildings, new commercial stretches and thousands of affordable apartments.

Residents and business owners are cautiously optimistic about the plan, which covers more than 20 blocks around the downtown area and includes at least $126 million in city funds.

The city's initial pledge of $91 million will be used to facilitate the acquisition of properties in more blighted parts of the downtown area — including the Far Rockaway Shopping Center, which for decades has counted nearly two-dozen empty storefronts. It's included in a designated urban renewal area, which is at the core of the redevelopment.

An additional $35 million will fund renovations to Bayswater Park, improve open space at the nearby Redfern Houses and build a park at the current site of a Department of Sanitation lot, officials said. It also includes a pilot program to extend the shuttle bus to the Rockaway ferry landing on Beach 108th Street. An additional $77 million has already been allocated for streetscape and sewer design.

The ultimate goal is to entice developers to invest in the area, which sits blocks from the beach and offers public transportation via the A train and the Long Island Rail Road.

The rezoning will allow for taller buildings, with an estimated 3,000 new apartments — about half of which will be affordable — in addition to thousands of square feet of new commercial space. As the neighborhood grows, the city will also build a new school, officials said. 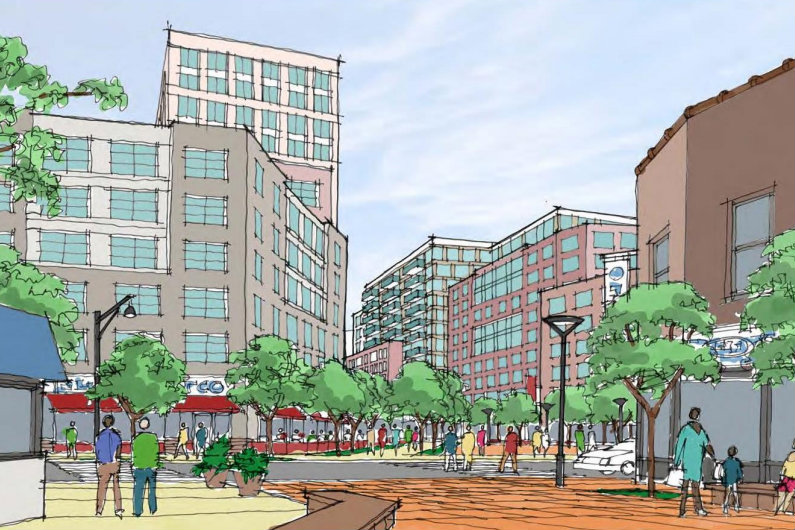 Renderings for the rezoning of Downtown Far Rockaway show glossy high-rise buildings in the footprint of what is now a desolate shopping center.

It will be the second neighborhood targeted under Mayor Bill de Blasio's ambitious rezoning plan, and the first time Far Rockaway has been rezoned since 1961. In the decades since, storefronts have been neglected and the central Far Rockaway Shopping Center has been nearly abandoned.

Councilman Donovan Richards, the plan's main advocate, said last year the changes will help "restore downtown Far Rockaway back to the Mecca it once was more than 30 years ago."

After it was approved by the City Council's subcommittee on zoning and franchises, the "investments will ensure that Far Rockaway benefits from the amenities that so many other communities in the city enjoy," he added.

The full Council will vote on the plan Thursday. Mayor de Blasio, who announced the investment during his 2016 State of the City speech, is expected to sign the bill later in the fall, assuming it passes. 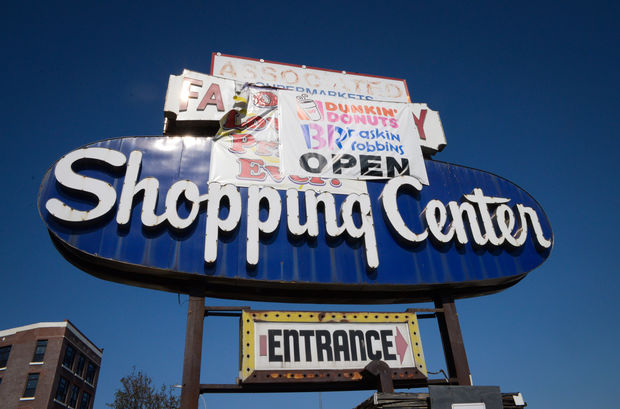 Those living and working in the neighborhood said they look forward to whatever comes next — although some are uncertain where they fit in with the plan.

"If the city wants to try, let them try. It's better for us," said Sawsan Hussin, who has worked at the Dunkin' Donuts — the first store built in the shopping center since the 1980s — since 2015

It's now one of four shops in the center, which includes the Thriftway Pharmacy, a Capital One Bank and a Food Dynasty Supermarket.

"We need some change, something to make this work," Hussin, 59, said on a recent rainy morning, gesturing toward the nearly two-dozen empty storefronts across the parking lot.

The shopping center had been owned for decades by Rita Stark, who inherited the properties from her father, Fred.

She ignored them for years, letting them stay empty and rebuffing offers from new businesses or to sell the property.

But recently, she had softened to the idea of finally developing the properties, officials said.

Stark died in October, leaving the shopping mall and the other properties in her large portfolio to her brother and nephews.

Now, many of those properties — including the shopping center — will be turned over to the city through urban renewal condemnation proceedings. It's a component of the rezoning process that won't likely fully start until 2019. 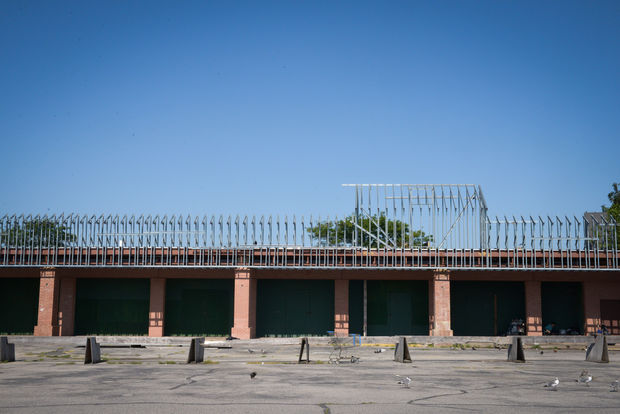 At the Thriftway Pharmacy, which has been open since 1966, employees were apprehensive but hopeful for what's next.

"All we do is hear about it, we haven't seen anything from the landlords," said pharmacy manager David Martir.

"All of the stores — empty for years, it's terrible."

While the pharmacy's future at the corner of the shopping center is still unclear, Martir saw city-funded storefront renovations a few blocks away, but "none of that carried over here."

He wasn't aware of the urban renewal process, only learning about rezoning updates through the media. Renderings for the project show tall towers at the current site of his pharmacy, which has 25 employees.

"If they're going to put up residential, where are we gonna go?," asked Martir, who's worked at the pharmacy for 17 years.

Still, he hoped department stores like TJ Maxx or Marshalls could open up to attract even more customers to his business.

"It would be nice to see an incentive to stay, instead of bringing in a CVS or Walgreens" to compete, he said.

A hearing on the process by the Department of Housing Preservation and Development will be held Sept. 13 at 1 Centre St. in Manhattan. A spokeswoman for HPD did not yet have any further information about the hearing, which is open to the public.