MANHATTAN — Twenty years ago, renters looking for deals relied on pen, paper and pay phones, using the Village Voice and New York Times classifieds to get leads. Then, along came Craigslist, and apartment searches moved online.

StreetEasy, which launched in 2005, changed everything again, providing more data and transparency.

But as StreetEasy began last week charging brokers to pay for listing their rentals — $3 per day per listing — and the number of listings on the site dropped dramatically, many are now wondering whether the site will lose its preeminent position as the go-to site for house hunters.

“StreetEasy has a large percentage of the ‘mindshare’ when it comes to how people start searching,” said Philip Lang, of tech-focused real estate brokerage Triplemint. “The question is whether someone is going to come up and innovate here or whether StreetEasy is going to remain dominant because they have the lion’s share of the consumer view."

The landscape for rental search engines is a lot more crowded than when the company started. Even the Real Estate Board of New York (REBNY) is considering building its own search portal, insiders said. And, there's also a rise in other startups trying to eliminate the role of the broker altogether.

“One of the reasons StreetEasy was so great, was that you could get a clear picture of the market, it had a clear interface, and you didn’t have to worry about people posting five times [like on Craigslist],” Lang said. “The unfortunate thing now is that brokers are not just going to go to StreetEasy.”

In the days after, the number of listings began to climb a little.

By Thursday, it was hovering above 16,000 — but that was still down about 47 percent from the 30,000 listings it had the day before the fee took effect, Lang noted. 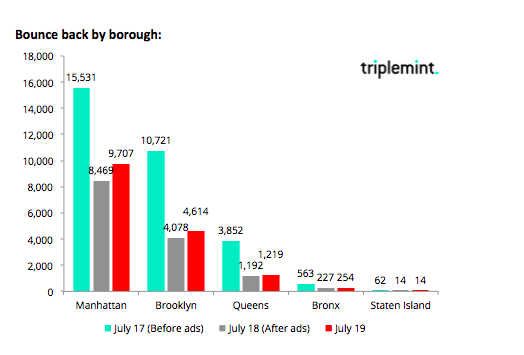 An agent with a listing for a $1,900-a-month Upper East Side studio might think twice before spending $60 bucks to list on StreetEasy, he said. Also, a broker with multiple listings in one building might only pay for one — which might hurt a renter’s leverage power.

“So, there could be less transparency,” Lang said.

Douglas Wagner, of BOND New York, said that StreetEasy never claimed to have all of the rentals in one place. Rather it is the place to see listings from landlords and brokers with exclusive listings.

In the rental world, two-thirds of the market are actually “open listings,” that any broker can show, Wagner said.

“Consumers like to see it all in one place, but it’s never been in one place," he said. "I think over time, people will learn to search in different places.”

REBNY, the city’s powerful trade group for the industry, is expected to launch a Residential Listing Service (RLS) syndication Aug. 1 that will centralize listings of its member firms and then provide a feed of those listings to 200 real estate listing websites.

The project, which has been in the works for two years, will mean that brokers will no longer have to do the legwork of reaching out to many of these sites individually. The organization is mulling its own portal next, insiders said.

REBNY has not announced yet which sites will get its RLS feed, but StreetEasy officials confirmed they have no agreement in place to be part of the program.

Wagner, who is a leading member on REBNY’s Residential Brokerage Rental Committee, was very excited about the organization’s new RLS, saying there’s been a lot of newfound co-operation among the more than 500 firms in REBNY’s community for the project.

“It seems to make a lot of sense to have one broker hose, full of data compliance and integrity and is vetted and checked that will update any listings to an aggregator.”

The desire for “clean” listings is one of the reasons that StreetEasy officials say their new policy is working: The fee helped weed out stale listings.

“We’re excited about what this means for renters in New York City, who now have access to a database of legitimate, active and accurate NYC inventory,” Susan Daimler, StreetEasy general manager, said in a statement.

The decline was also expected, she said, because many agents failed to sign up before the deadline and did not realize their listings would then be removed.

“They’re opting in and we’re seeing inventory increase by the minute,” she added.

Daimler was not too concerned about the competition.

“What we do with the listings after getting them is where the magic happens,” she explained. “It’s NYC-tailored search features, mobile apps, buildings data, transportation information and more. What continues to be unique about StreetEasy is this laser-focus on a very small geographic area.”

The new fee structure was the second time in recent weeks that StreetEasy angered the brokerage community.

The first was when it launched its “premier agent” program for sales listings, allowing brokers — who might have no connection to the listing or even the neighborhood — to pay for a ZIP code’s worth of listings and get first dibs at answering emails from prospective buyers who send a direct message to inquire about a property.

That policy for sales was more upsetting than the rental fees, said Karla Saladino, a co-founder and managing partner of Mirador Real Estate, noting that the firm already pays thousands to list rentals on other sites, including Craigslist and Naked Apartments.

She was, however, irked that StreetEasy was not yet charging landlords to list apartments. (That was in the works, the company said.)

Still, in some ways, she’s happy that the number of rental listings are dropping.

“Now there’s less competition for my listings to be seen on StreetEasy,” she said.

But that could mean more competition for renters to get an apartment.

“We don’t believe that restricting inventory will provide the best experience for the end user,” said Daniel Levy, CEO of listing site CityRealty.

Ever since the premier agent controversy, his site has seen a “significant bump” in its traffic, he said.

He expects that to continue.