MANHATTAN — As the year wraps up, one thing hasn't changed in the city's real estate market: affordability still eludes many New Yorkers.

The average sale price for an apartment in Manhattan, including co-ops and condos, surpassed $2 million for the first time ever, according to City Realty, which predicts that 2017 will see average prices for condos drop for the first time in more than 5 years.

And rents are still pricey, even with many landlords offering a free month.

Manhattan’s average price for a one-bedroom in November was $3,440 a month, according to a Douglas Elliman report. Since landlords often require you earn 40 times the monthly rent, that means you’d need to earn $137,600 a year to afford it.

Here’s what experts are forecasting for 2017:

With the Federal Reserve, which raised interest rates for the first time in 2016 on Dec. 14, likely to increase rates over the course of the coming year, mortgage rates will likely inch up.

Mdrn. Residential’s Zach Ehrlich believes rate increases will positively affect the market by narrowing the spread between the asking price and bidding price.

"More sellers will adjust pricing to ensure they don't get caught in receding sales market," he said. "More buyers will lock-in and pull the trigger given upward trend of rates."

He also predicted that some potential buyers will opt to continue renting instead as their buying power decreases.

“Smart renters will negotiate with current management companies to limit or block increases and in some cases may even be able to get concessions on existing apartments if they speak up,” he advised.

The incentives, however, are largely in the new developments, said BOND New York’s Douglas Wagner, giving some renters a misconception about how widely available deals are.

3. There will be more migration between Manhattan, Brooklyn and Queens in all directions. 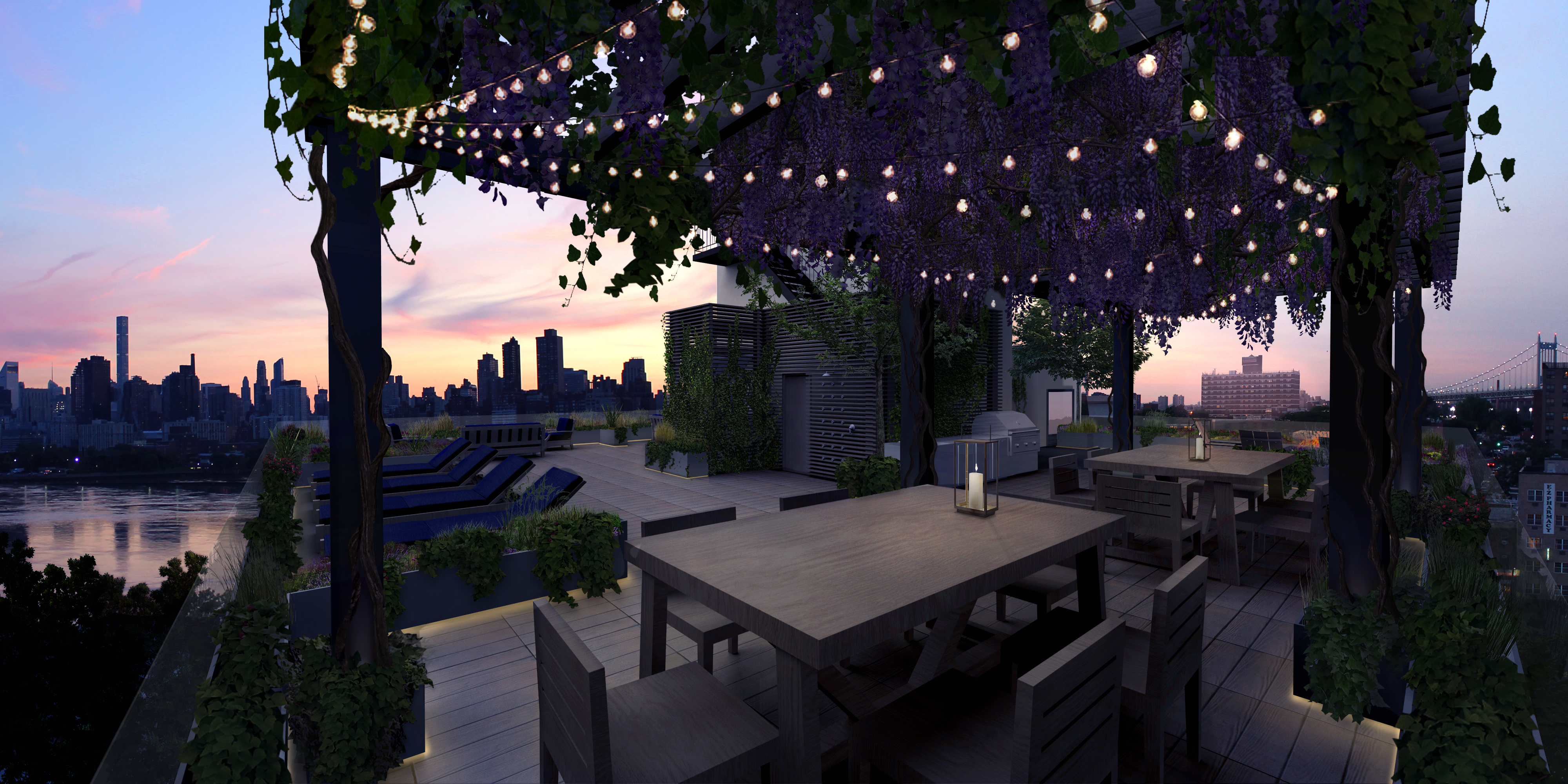 A rendering of the rooftop at Astoria's Graffiti House, which is attracting Manhattan and Brooklyn renters. Courtesy of AKI.

As pricey new developments floods the market in Long Island City and parts of Brooklyn, rents in Manhattan might not look too bad anymore, brokers said.

“The run-up in pricing in Brooklyn and Long Island City will get some residents to look back at Manhattan,” Ehrlich predicted.

The migration will go in all directions, said Eric Benaim, CEO of Modern Spaces.

“People will be more open to hopping around,” he said.

4. Developers will convert some rentals to condos.

“Developers will change their business plans and convert their small rental projects to condos, or sell them altogether,” he believes.

5. The Second Avenue subway will boost the Upper East Side.

Regardless of whether the MTA meets its deadline at the end of this month, the Second Avenue subway is expected to be ready for the spring buying and rental season.

“Rental demand east of Third Avenue will change overnight,” Ehrlich said. “Expect more sales activity with units and buildings there as well. It’s easier for the average buyer to understand once they see subway opened and operating.”

With the construction of the mega-project at the former Domino Sugar site and the 18-month shutdown of the L train between Brooklyn and Manhattan pegged for 2019, the South Side of Williamsburg is gaining ground, many brokers said.

A rental with about 80 units, a shared roof deck with outdoor grills and garden plots on a third floor terrace — located near the Marcy Avenue J, M, Z stop — has been leasing briskly, said Mehul Patel, COO of Midwood Investment and Development, of the 282 S. Fifth St. project.

“It’s near the first stop over the [Williamsburg] Bridge, well placed considering eventual shutdown of L train,” he said.

But don’t discount the Northside just yet, especially as jobs are expected to move to 25 Kent Ave.

And while rental and condo prices will likely dip because of the L train, Benaim said, “2017 would be a good time to buy in the neighborhood, as prices will rebound afterward.”

With prices in Long Island City rising, many see a spillover effect in markets like Astoria, Flushing and Forest Hills/Rego Park. 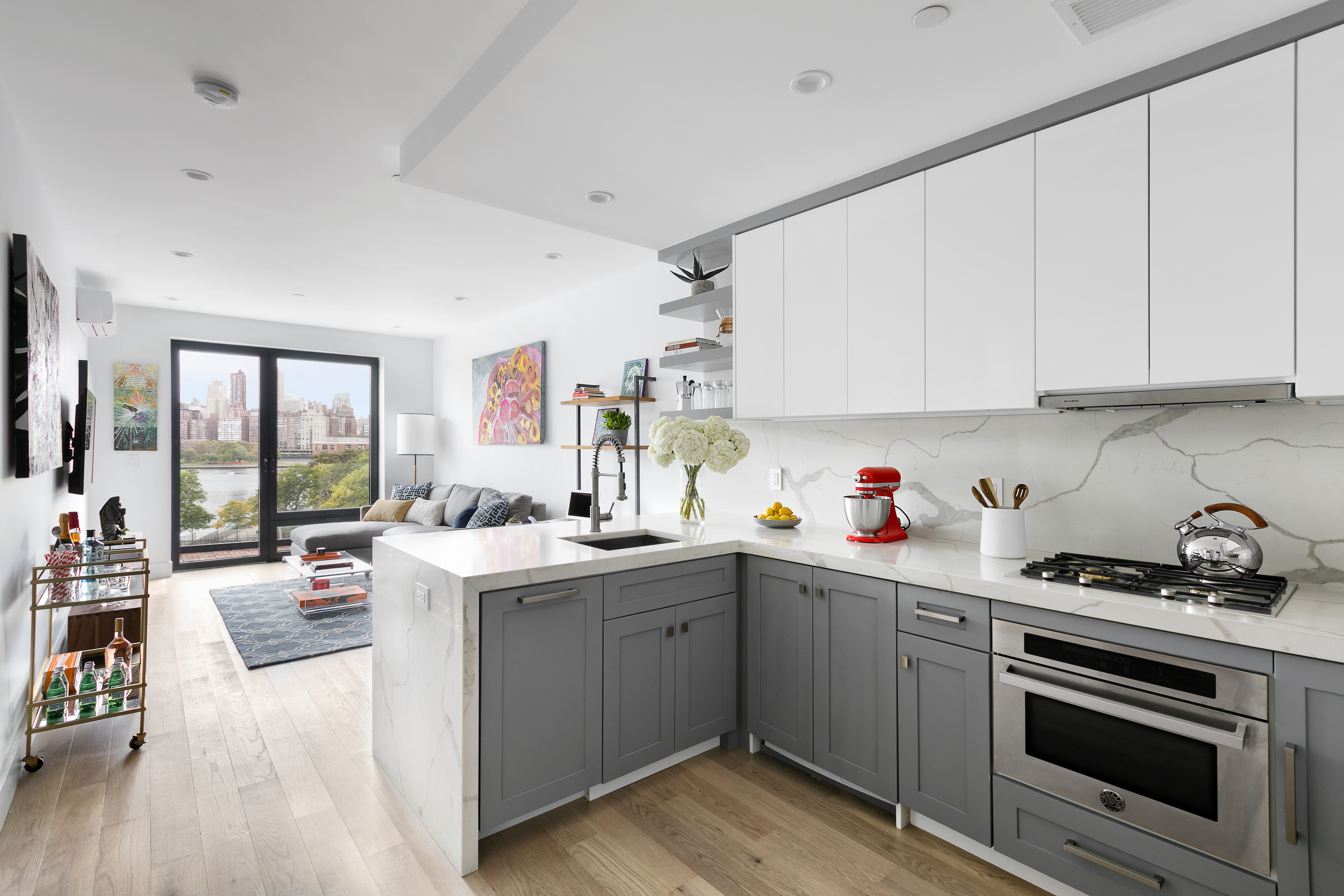 “We see this neighborhood taking off,” Harris said.

New ferry service to Astoria is expected to launch in the spring, the MTA is renovating the subway stations in the neighborhood, and it brought back the W train. The city earmarked $30 million to restore Astoria Park and is continuing to push it pricey streetcar project that would terminate in Astoria.

“That would be a major catalyst,” he said.

9. Attention turns to The Bronx’s Concourse...

Lee Williams, of Level Group, has seen an uptick of renters looking at The Bronx's Concourse neighborhood, which is just two stops from Manhattan on the express train and has one-bedrooms for $1,400 a month.

Plus the area has dry cleaners and grocery stores, he added.

“For $800,000 you can have an incredible view and amenities,” she said. “People don’t realize how close it is and that if you live outside of Manhattan, you can have a car.”

Urby Staten Island, on Stapleton's waterfront, is a project to watch for, said Kathy Braddock, of William Raveis Real Esate.

“I think you will hear more about Staten Island in the years to come,” she said. “You can get beautiful new apartments with all the amenities for $1,700.”

The trick is giving the ferry more cachet like ferries have in Sydney, Istanbul and Chicago, she said.

“Wall Street is becoming hipper and happening, and it’s a hop, skip and a jump to Staten Island. How cool would it be to take a ferry there and back?” she said.

12. Amenities will focus more on experiences than space.

Especially for millennials, buildings are more about lifestyle, so amenities will focus more on building-wide programing, like at 1 North Fourth St. in Williamsburg, where there’s yoga night, Monday Night Football and celebrations like National Cookie Day — anything that brings people together, said Andrew Barrocas, of MNS Real Estate.

“These are amenities that are not only going to attract people but keep them,” he said.

Communities whose neighborhoods have been targeted for the program, including a wide stretch of The Bronx along Jerome Avenue, East Harlem and East New York, however, have raised concerns about the impacts of new zoning and whether new buildings will be affordable enough for existing residents.

14. But $2 billion in affordable housing funds still hangs in the balance with a 421-a deal in limbo.

Until the agreement over 421-a, a tax break for certain newly built residential developments that expired in January, is finalized with a vote in Albany, the state legislature has refused to release $2 billion in state affordable housing funds.

Other developers are pushing for the state to approve 421-a, as many can’t do rental projects without the tax break, they said.

“No one is doing land deals anymore,” Harris said. “We can’t make our numbers work. We’re waiting on the sidelines."

Instead, Barrocas said, many development firms have been looking at buying older buildings in prime neighborhoods that they can renovate to command higher rents, like the 890-unit former Mitchell-Lama complex at Kips Bay Court.

“This uptick is driven by sustainability advocates working together with the nonprofits who provide financing for affordable housing projects," he said.

“We'll likely also see affordable housing developments that are more sustainable and technologically advanced than a lot of their market-rate counterparts."

16. The wealthy will return to older buildings for security and privacy.

“Top-level buyers [are] gravitating towards their thick walls, shapely windows, and quiet central courtyards that provide safe, bomb-proof security and privacy along with a sense of elegance and style that new glass towers can't match,” he said.

17. Bespoke kitchens are all the rage. 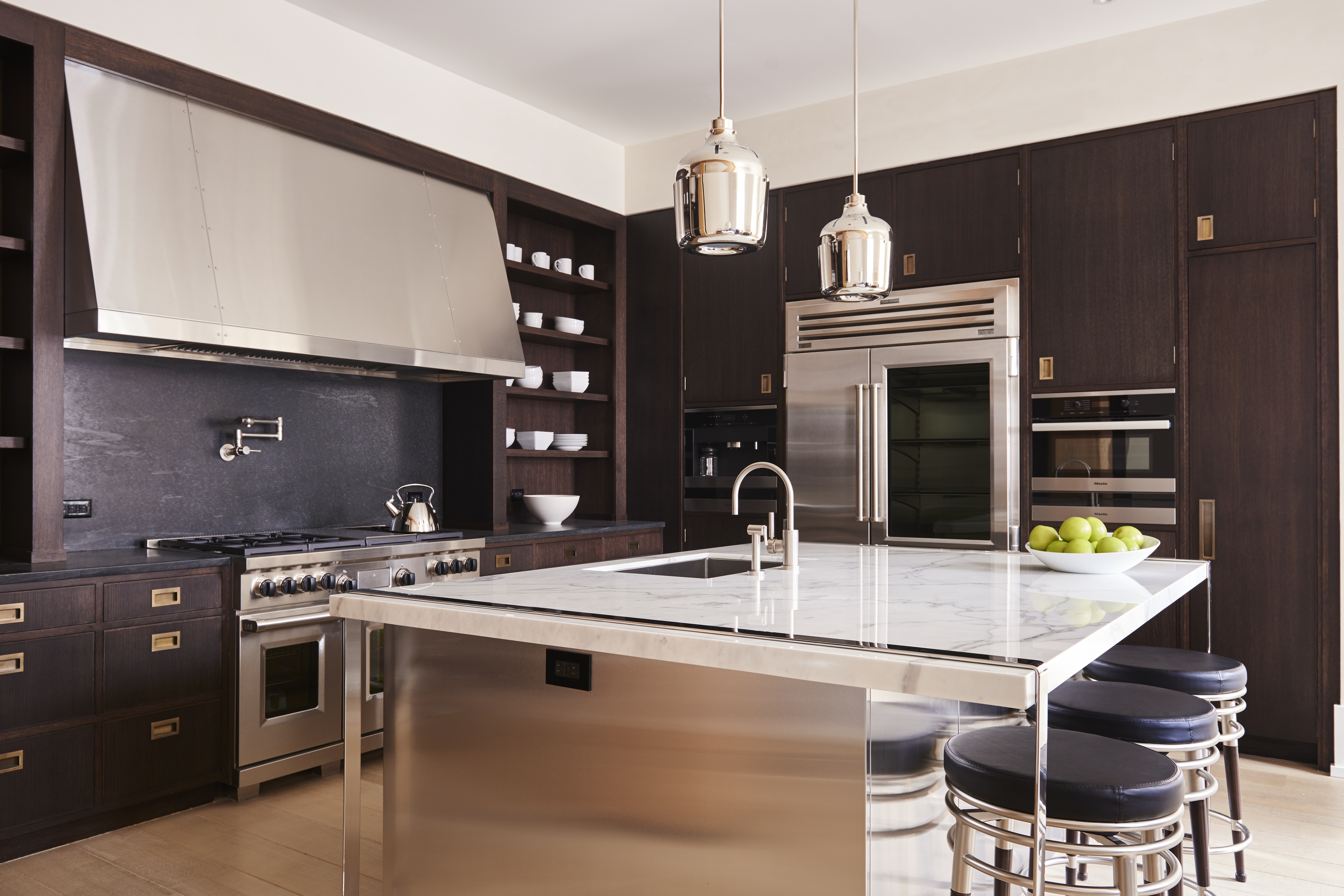 The "It" kitchen of 2017 from 443 Greenwich. Photo by Adrian Gaut and courtesy of MetroLoft.

For instance, he noted MetroLoft's collaboration between the architectural firm CetraRuddy and cabinetmaker Christopher Peacock at TriBeCa’s 443 Greenwich.

“The look is perfect for New York in 2017: dark-stained white oak cabinetry with walnut interior surfaces and antiqued bronze hardware, and the island is topped with Calacatta marble, highlighted with polished stainless steel straps,” he said.