How to Fix Your Apartment’s Heat

MANHATTAN — The vast majority of the city’s apartment buildings use steam heat systems that, unfortunately, tend to be simultaneously energy inefficient and intensely uncomfortable.

Without focusing on upgrading these energy-wasting systems, it’s going to be more difficult for the de Blasio administration to meet its target of cutting carbon emissions by 80 percent by 2050, experts say.

As part of a host of green initiatives, the administration announced in April it will require mid- and large-size buildings — from 25,000 square feet and up — to repair and improve heating distribution systems over the next 10 years, with a specific focus on steam systems and radiators.

Doing this is “one of the single most impactful measures the city can pursue to reduce energy use and [greenhouse gas] emissions from New York City buildings,” according to an April report from the technical working group charged with making recommendations on how to meet the city’s targets.

In steam-heated buildings, water is boiled on-site, usually by burning oil or natural gas, and then distributed by pipes to radiators. Buildings up to six stories generally have single-pipe radiators, while taller buildings tend to have two pipes.

Since replacing heating systems is a heavy lift, many buildings have decades-old boilers in place, while other parts of their buildings have been upgraded like insulated windows, for instance.

Making other upgrades without addressing boilers can throw a building’s heating system off-balance, leading to the problem of some units in the same building being too hot while others are too cold.

Having open windows not only throws the heating system off even more — it can be bad for your health.

“The combination of air leaking in and heating the air makes air too dry,” said Henry Gifford, one of the city’s foremost experts on boilers and heating systems.

“The flu virus becomes viable in the air for several days in dry air,” he said, citing research showing that when the relative humidity of air is lowered, respiratory viruses are able to survive and spread more easily.

So besides fixing your heat, he suggested residents get humidifiers.

Here are some tips to help you fix your apartment’s heat.

Steam heat poses problems because there’s no way to adjust the temperature. It’s easy to have overheated systems, regardless of the weather, as the systems require water to hit the boiling point in order to function.

One way to regulate the temperature is by installing a thermostat — which is an easier fix for radiators with two pipes than with one pipe, Gifford said.

With two-pipe radiators, it’s “possible and practical” to install a thermostatic radiator valve, which can close the vent when it senses warm temperatures, Gifford said.

Though there’s a similar product on the market for single-pipe radiators, he noted, they tend not to work very well.

Make sure your radiator’s valve is completely closed or completely opened.

Particularly for single-pipe radiators, you either have to shut your valve all the way or keep it open all the way.

If you open it partially, “the banging will keep you and several neighbors awake at night,” Gifford said.

It could also cause leaks in your apartment and potentially your downstairs neighbor's, he added.

Wrap your radiator with towels…

What’s the simplest thing to do if you’re too hot?

“If your apartment is crazy-overheated put some towels over it,” Gifford advised.

Radiator Labs, a start-up founded by Marshall Cox when he was a grad student at Columbia living in a steam-heated Morningside Heights apartment, designed a gadget that’s more elaborate than a thermostat — and can work on single-pipe radiators.

Known as the “cozy,” it’s a thermostatic radiator enclosure consisting of an insulating sleeve that fits over an existing radiator to control the heat transfer. It has a small, electrically powered fan that works in connection with an infrared thermostat that heats the room only when needed.

A pilot program in which two Columbia dorms used the radiator covers showed that the boiler’s run dropped between 30 and 40 percent and that translated into a billed energy use savings of 20 to 24 percent, according to a report detailing the findings of the program, which was submitted as an “Energy Validation Project” as part of a New York State Energy Research & Development Authority program focusing on emerging technologies.

The radiator covers cost $500 apiece, including installation, but one test building found that by installing them across the board, they were on track to recoup their fees in about two years, Cox said.

“We don’t need a plumber, an electrician or to touch anything,” Cox said, noting his company is currently working with 12 buildings on adding the new radiator covers and hopes to expand to at least 20 this year.

The company right now — which is focusing primarily on whole buildings — is mostly working with landlords of rental buildings, but is now also speaking with co-ops. 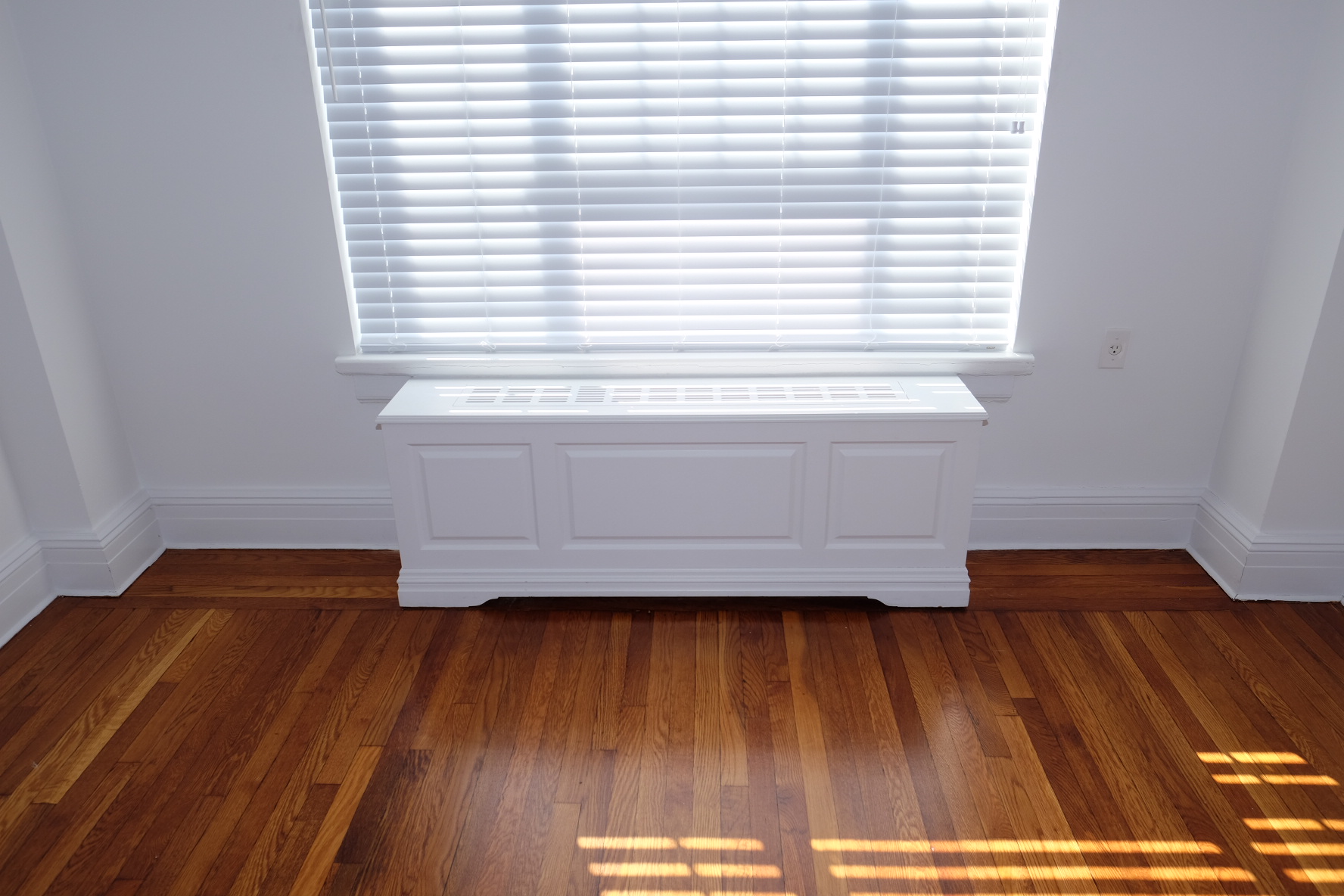 For buildings that want a statelier look, Cox is now manufacturing wooden covers (see above), and for old buildings that have beautiful mahogany covers, Radiator Labs can provide just the fabric underneath, Cox said.

Replace your steam heat with a hot water system.

Even if it can be a big undertaking, the best fix to steam heat is to get rid of it and convert to hot water, Gifford said.

“A few times a year we convince someone to take their whole steam system apart and convert to water,” he said, noting that European buildings got rid of their steam systems decades ago and have been saving more energy and feeling more comfortable inside because of it.

A water boiler — which is much smaller than a boiler for steam heat — tends to cost about $4,000, he said.

The pricey — and disruptive — part is ripping apart the walls to install the new piping. That can cost about $100,000, he said.

A recent conversion he did for a 20-unit Lower East Side building ended up costing about $126,000.

“We’re the third world when it comes to energy,” Gifford said. “The future is getting rid of steam.”