MANHATTAN — While finding affordable real estate is a challenge for anyone in New York, it can be doubly tricky for artists who need to find affordable space to live and work.

These four projects — all of which won grants recently from the New York Community Trust — aim to make it easier for artists to remain here.

“We’re interested in trying to solve problems,” said Kerry McCarthy, senior program officer for the arts at the trust, which has spent nearly $5.6 million on space for artists over the past decade. “Artists are everywhere. They are creating work in unlikely places. Our challenge is how they can continue to thrive.” 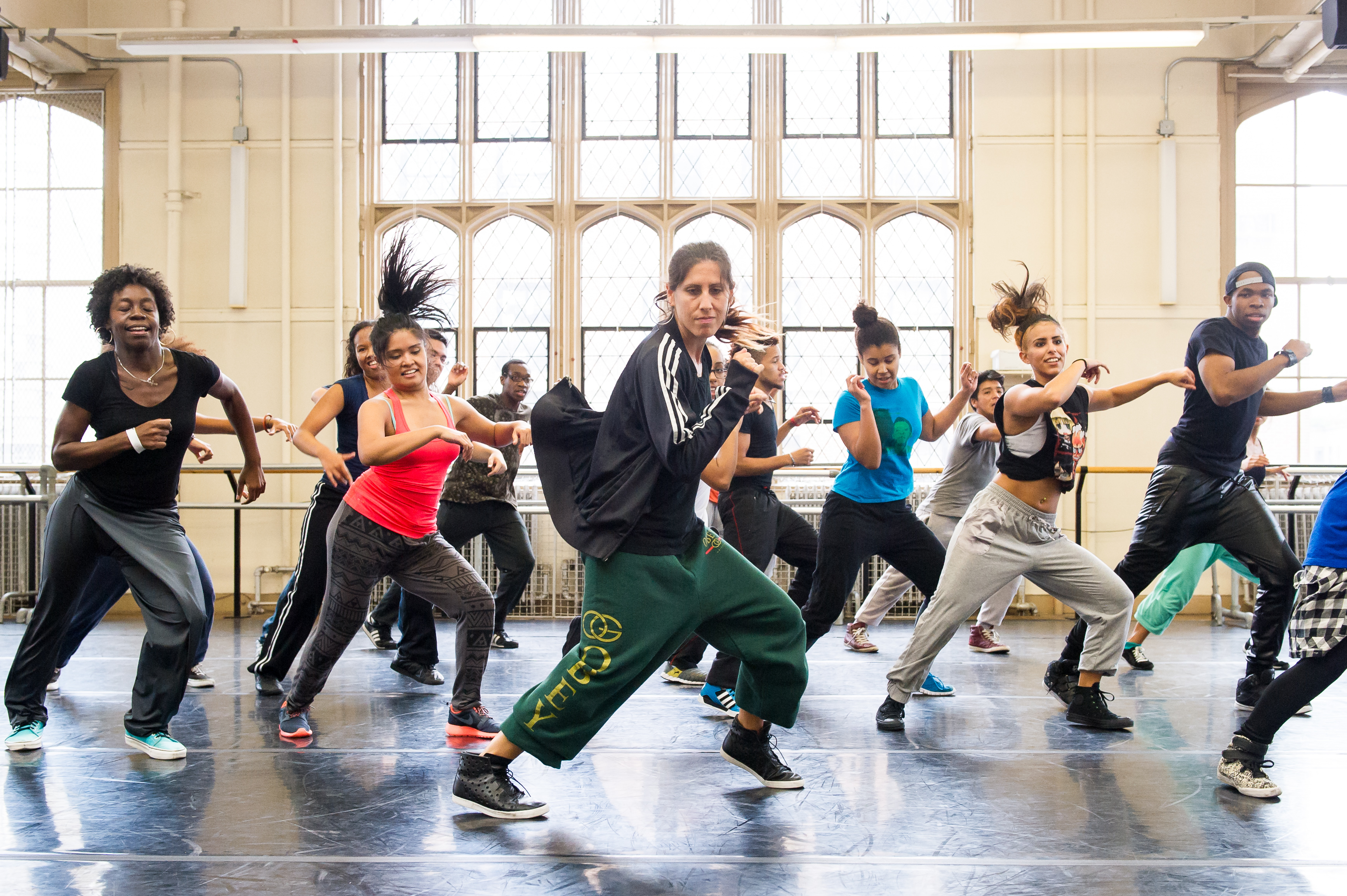 1. Affordable housing for musicians is slated for 125th Street, across from the Apollo.

After opening the successful affordable housing complex for artists at East Harlem’s abandoned P.S. 109, Artspace is now turning its eyes to Harlem.

The Minnesota-based development nonprofit is partnering with the Upper Manhattan Empowerment Zone on creating approximately 50 affordable units for musicians in a block-long complex across the street from the Apollo on 125th Street.

The goal is to create specially sound-attenuated units, “so you can have a lot of musicians in a building without making each other crazy,” said Artspace’s Colin Hamilton.

He said they selected musicians for the ideal tenants as a nod to the Apollo’s legacy as well as that of the neighborhood steeped in music.

There would also be a cluster of fully sound-proofed rehearsal spaces on the ground floor as well as a “modest” performance venue where the building’s residents or others associated with the building could do “small, experimental performances or recordings,” he added.

The project is in early stages and doesn’t even yet have renderings or a definitive timeline, but it could be built as early as 2017, Hamilton said.

He is hopeful demand will be high.

Of the 53,000 New Yorkers who applied through the city’s affordable housing lottery for the 89 units in the East Harlem project, 5,000 of them were self-identified as artists.

That translates into an applicant having about a 1.8 percent chance of scoring an apartment.

“New York City could have 30 or 40 of these places, and the artist community would [still] be squeezed,” said Hamilton, noting that Artspace hopes to continue developing more affordable artist housing here. 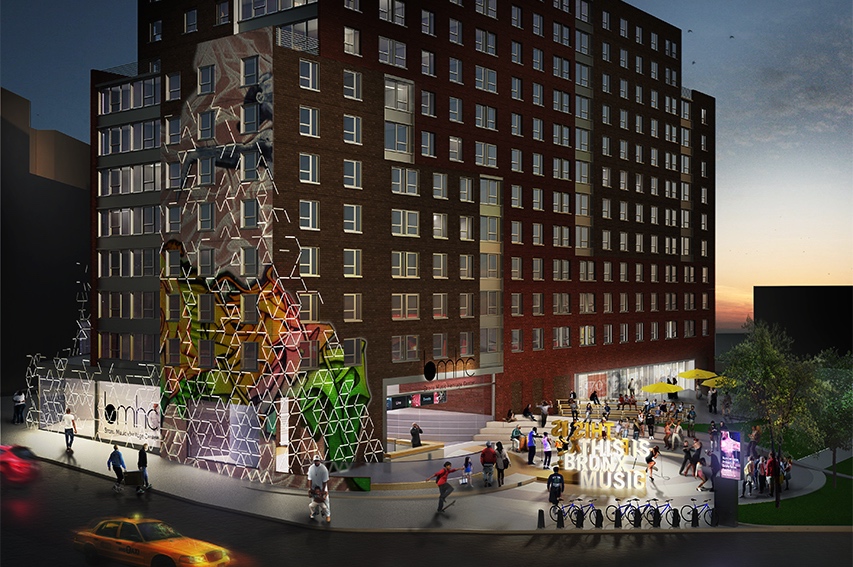 A rendering of Bronx Commons.

Up to 45 units in the Bronx Commons complex developed by the Women’s Housing and Economic Development Corporation — or WHEDco — will be targeted as live/work spaces for elderly Bronx musicians.

The musicians would be able to use space at the 15,000-square-foot Bronx Music Heritage Center celebrating the borough’s music history like jazz, salsa and hip-hop that will be built at the complex, which is slated to open in 2018.

“We see the elder artist as being so extremely vulnerable,” Roberts said, noting that the organization hopes to get the go-ahead from the city to target elderly local musicians especially as South Bronx real estate is on the rise.

“A lot of them are in poor health and have a hard time earning any income,” she said. “We really would like to preserve their music, their legacy, and help them continue to work as long as they can, so they can continue to have influence on younger generations. 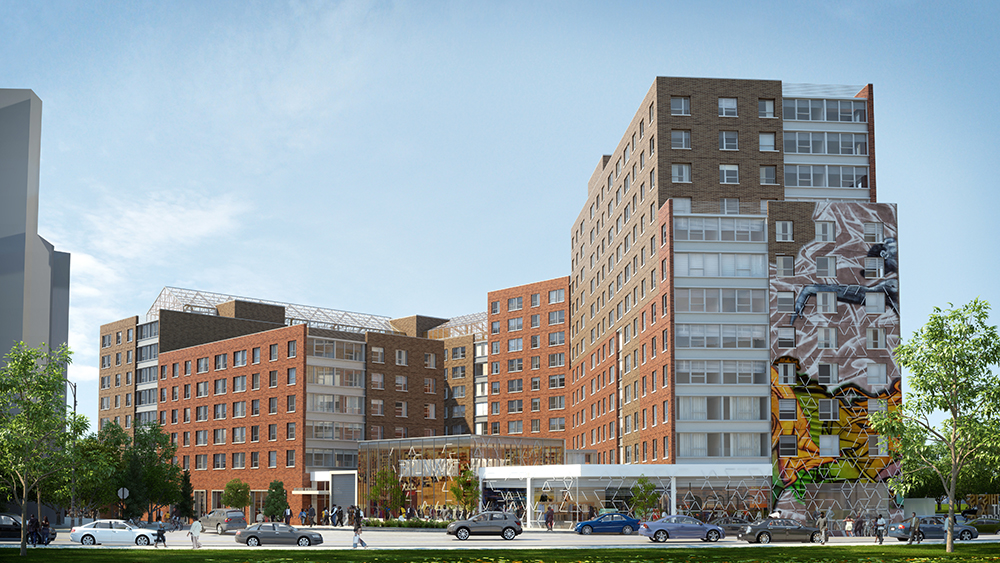 A rendering of Bronx Commons.

WHEDco presently operates a temporary 1,400-square-foot Bronx Heritage Music Center “lab” at another affordable housing complex about a mile away, where it is testing ways to subsidize free and low-cost rental for local artists through renting the space out to higher paying commercial tenants, Roberts said.

3. A Bronx Museum of the Arts program to boost careers of emerging artists will soon provide free workspace in TriBeCa.

For 35 years, the Bronx Museum of the Arts on the Grand Concourse in the South Bronx has run a well-respected career management and exhibition program for emerging artists called Artists in the Marketplace, or AIM, helping them navigate the world of galleries, art fairs, curators and critics.

Now its more than 1,000 alums will have an opportunity to get free workspace in TriBeCa through a residency program at 80 White St.

Before Holly Block was the museum’s director, she ran the AIM program and held classes for the artists in TriBeCa, McCarthy noted.

“In some ways, it’s a homecoming,” she said, adding that having the workspace in Lower Manhattan will be more convenient for studio visits from critics. 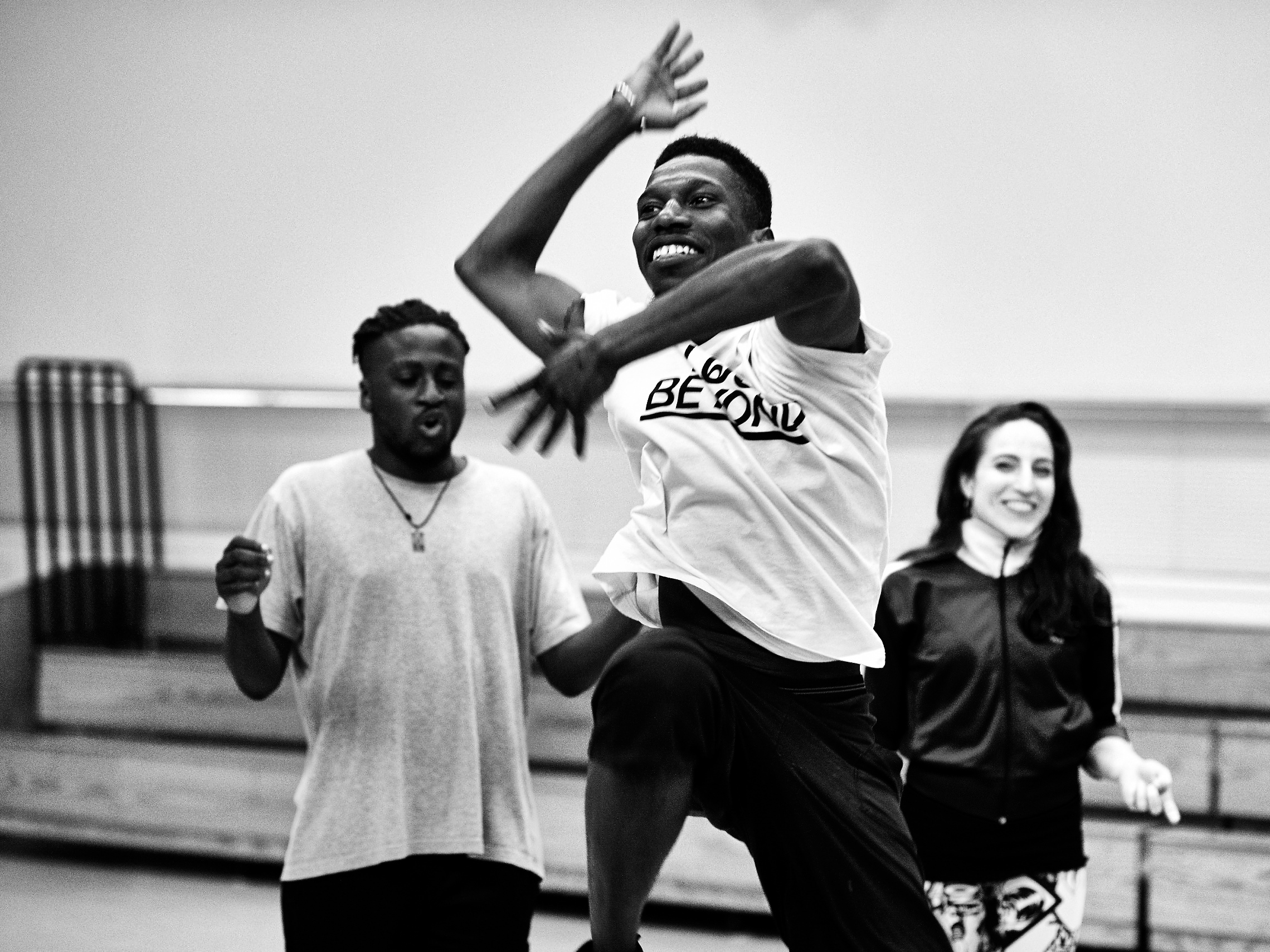 4. A program that matches dancers looking for free rehearsal space with underutilized venues at CUNY campuses is expanding across the boroughs.

The CUNY Dance Initiative, spearheaded by Queens College’s Selma and Max Kupferberg Center for the Visual and Performing Arts, is expanding to its 13th campus.

The matchmaking program — which lets dancers use empty rooms in CUNY’s performing arts centers for free — launched four years ago on four campuses as a way to make better use of the spaces, which often sit dark.

Through a competitive application process, the colleges this year selected 23 dancers or choreographers, giving them 25 to 40 hours of free rehearsal space, a $500 stipend and other perks.

“Free space is pretty much like gold for artists in New York City,” said Ephrat “Bounce” Asherie, whose 4-year-old dance company steeped in breaking and club dance had a 2014 residency at John Jay College in Hell's Kitchen and one last year at Lehman College in The Bronx.

Having the space for eight hours a day for two weeks at a time allowed her more flexibility to create new pieces and collaborate with other dancers she invited to the space.

“There’s not the pressure of looking at the clock, thinking this is costing $40 an hour. It puts you in a different mindset,” Asherie said. 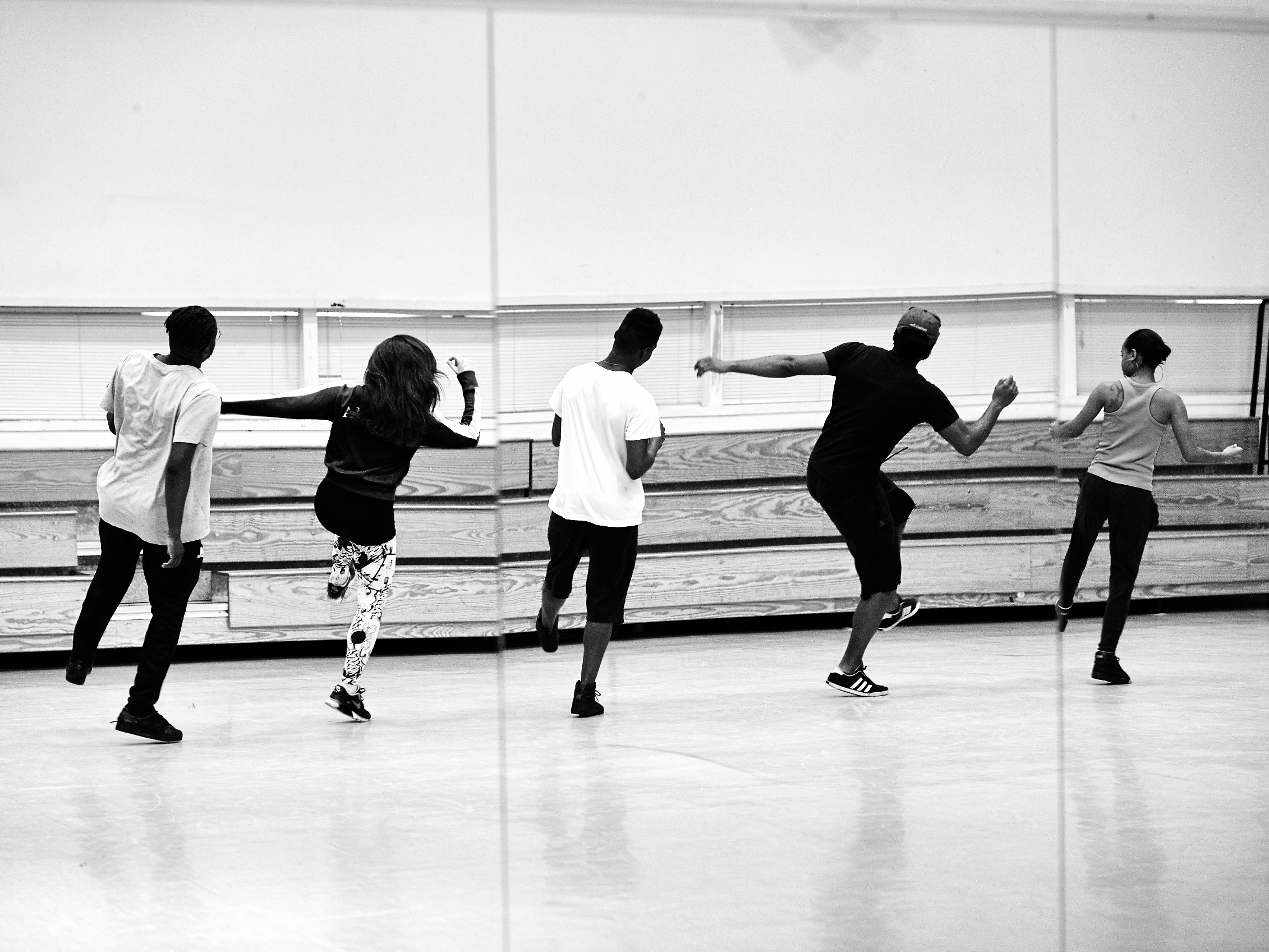