CARROLL GARDENS — More than 100 mourners gathered in Carroll Gardens Sunday night to remember victims killed in acts of terrorism around the world, most recently in Paris, where at least 129 lives were lost on Friday.

The candlelight vigil began around 5:30 p.m. at the World War I Memorial in Carroll Park with religious leaders and elected officials invoking words of sorrow and solidarity. 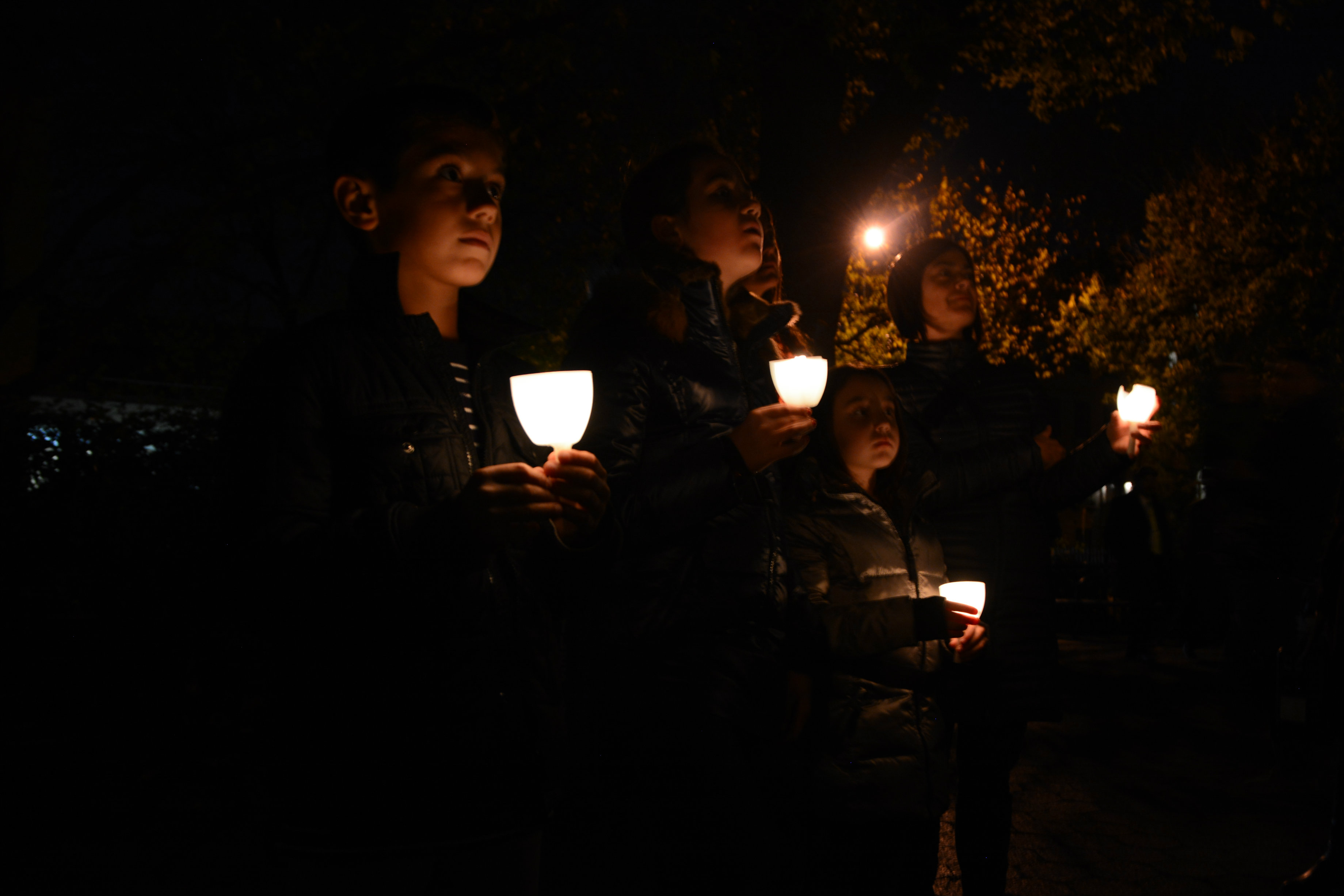 A young boy with his family at the Carroll Park vigil. (DNAinfo/Nikhita Venugopal)

"The only question that we must ask ourselves — are we going to surrender to fear?" asked Borough President Eric Adams. "And I say 'no' to that."

Both Paris, France and Beirut in Lebanon suffered deadly attacks this week. Earlier this year, nearly 150 people were killed at a university in Kenya.

The flags of all three nations, along with the United States, stood behind those who spoke at the Carroll Park vigil. 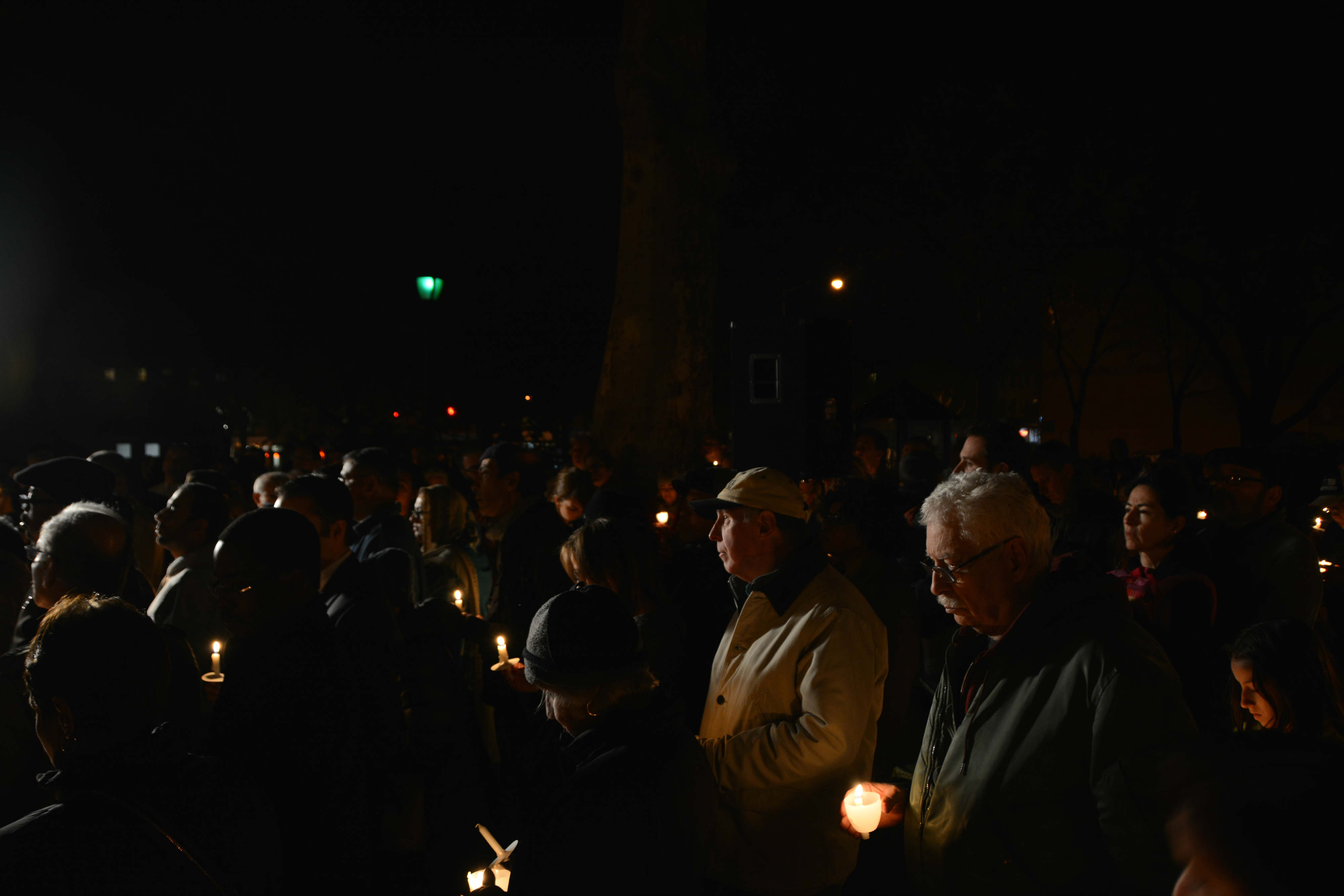 Adams added that he would meet with NYPD officials and major Brooklyn venues next week to discuss safety and vigilance.

"It's imperative that we remain prepared here in the borough of Brooklyn," he said.

Carroll Gardens and the surrounding neighborhoods are home to a large French community, thanks in part to a popular French dual-language program at P.S. 58. The neighborhood is now dotted with Parisian-style eateries and holds an annual Bastille Day celebration along Smith Street. 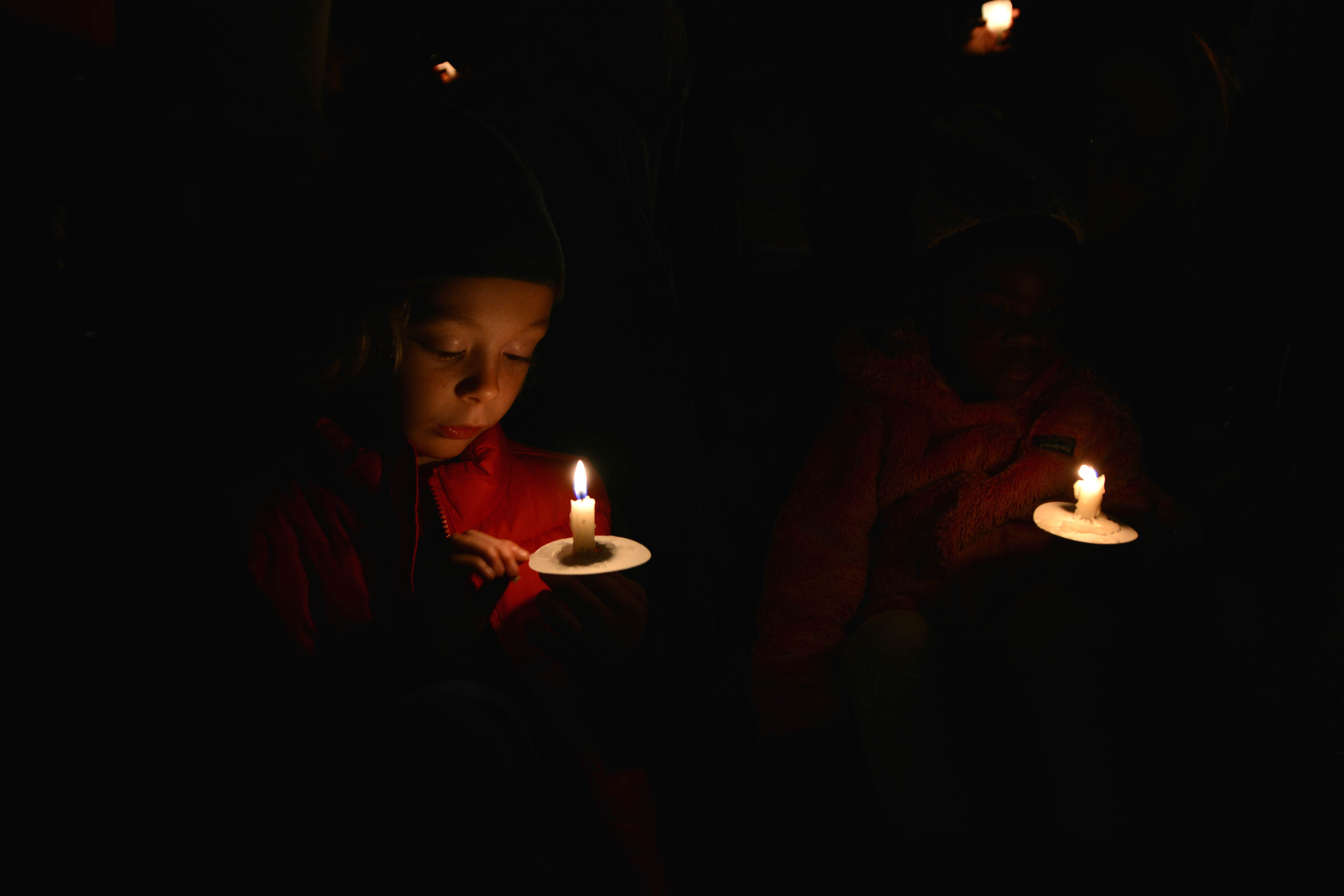 Julian Weidlinger, 7, holds a candle at the vigil. (DNAinfo/Nikhita Venugopal)

The Paris attacks hit hard for New Yorkers who couldn't help but reflect on the terrorist attacks of Sept. 11.

Christine Schwartz Hartley, a Boerum Hill resident from France, recalled the outpouring of support for New York after 9/11. She wanted to stay strong for Paris, where she has several friends who are safe after the recent violence.

"New York gets what Paris is going through," she said.

Mary Carriero, who worked at the World Financial Center in 2001, said "it's important to show solidarity."

"Now it's our turn to show support for Paris, and for Beirut, and for Kenya," she said. 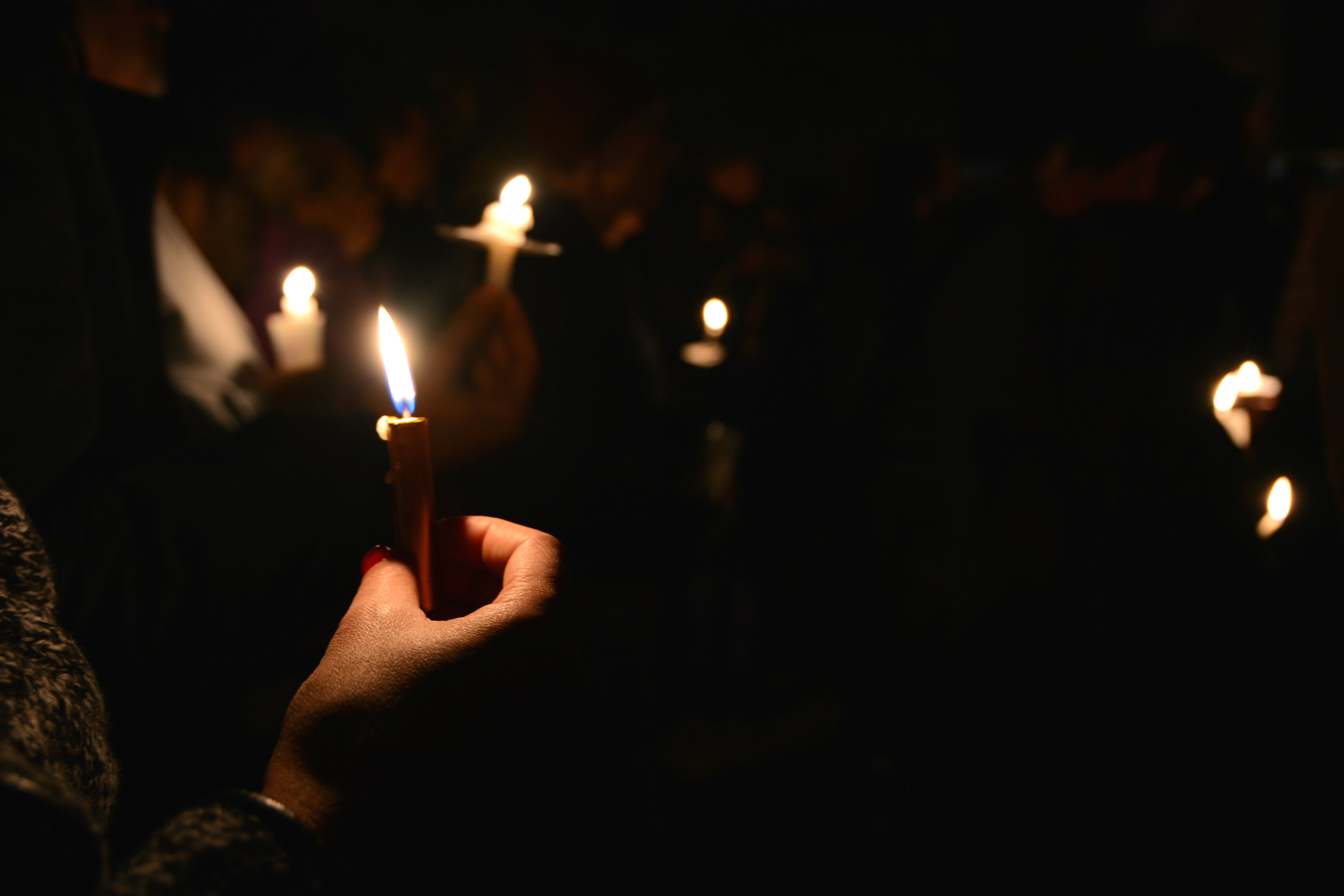 Following the vigil in Carroll Park, mourners walked down Smith Street and headed east on Sackett Street toward St. Agnes Roman Catholic Church, where an interfaith service had been scheduled.

Priscilla Lecomte, who placed a candle at a memorial outside St. Agnes Church with her two young children, said she tried to explain the violence to her 6-year-old daughter, Jasmine — that it isn't just "something that happens in the news," but that these attacks could have affected them.

"It could have been us," said Lecomte, whose family is Muslim. "[It] made me think of people who live with this fear every day." 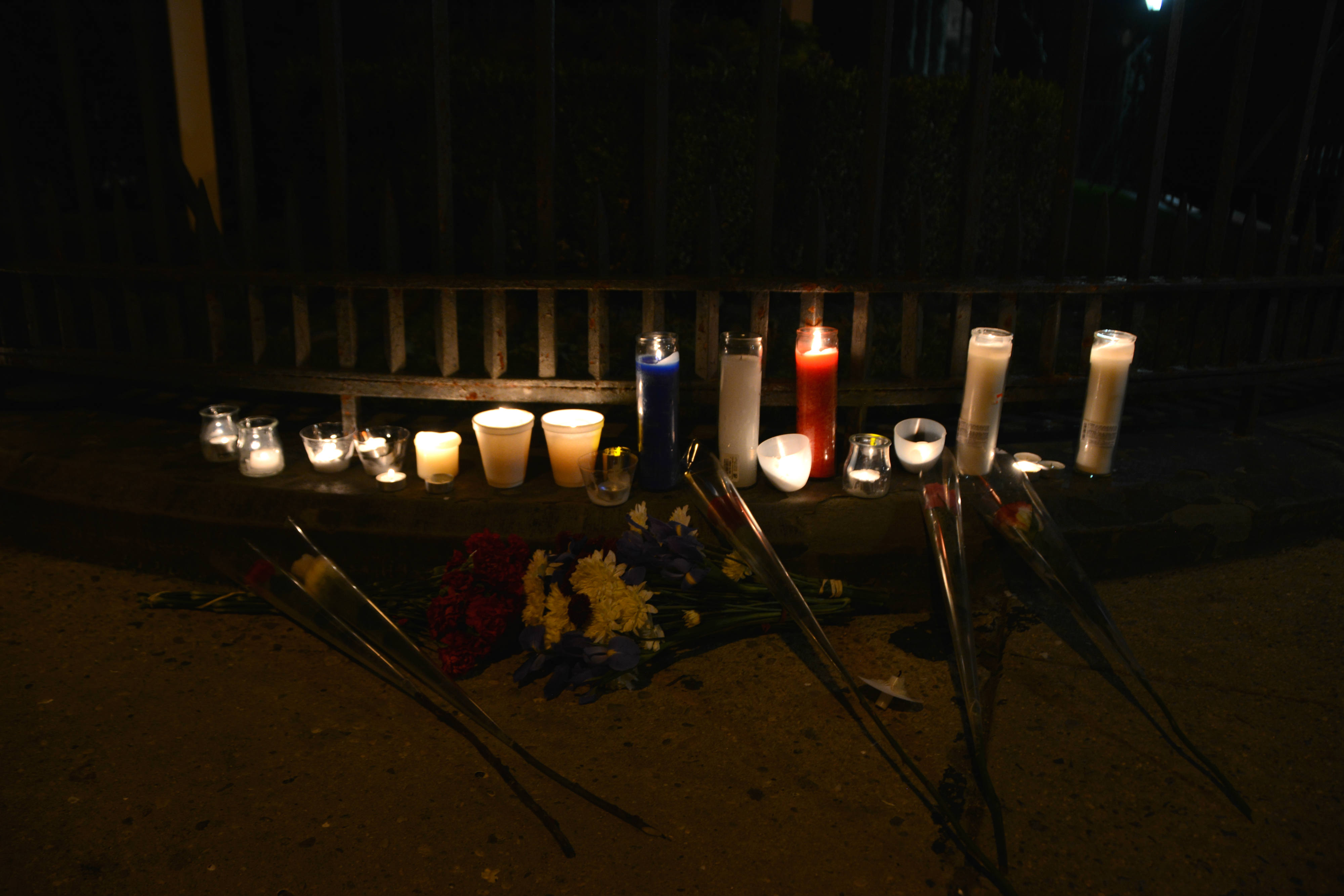