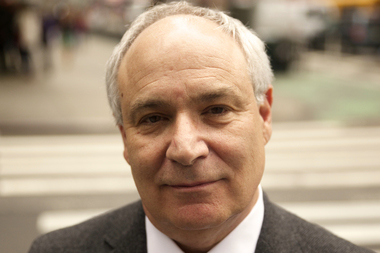 Murray Weiss is an award-winning investigative journalist, author, columnist and editor, and is considered an expert on government, law enforcement, criminal justice, organized crime and terrorism.

Murray has held a number of prominent positions at two of the country's largest newspapers, the New York Post and the New York Daily News, and exposed the secrets of murderers, mob bosses and terrorists to coining the expression "Rough Sex." Under former Post editor Pete Hamill, Weiss served for nearly a year as metropolitan editor during one of the paper's most difficult, and colorful, periods.

He has written scores of exclusive articles - among them the national disclosures that a rogue NBA referee was on a Mafia payroll and the link between a Ft. Hood Army psychiatrist and an Al Qaeda leader. Others involved stories recognizable by single names or phrases: Louima, Diallo, Gotti, Madoff, Preppy Murder, Mob Cops, Kennedy Rape, Sean Bell, Central Park Jogger, Crown Heights Riot, NYPD Ticket Fixing, Stop-and-Frisk, and Millionaire Madam.

His award-winning investigations include exposés on corruption in city government, drug abuse within the NYPD, breakdowns in the Fire Department that cost the lives of two firemen and systemic abuses in the New York military. Several articles resulted in governmental and legislative changes, the dismissals of top officials and the criminal convictions of wrongdoers.

For more than two decades, Murray also served as Criminal Justice Editor at the New York Post, overseeing a bureau of reporters working inside NYPD Headquarters.

Before joining the Post in 1986 as a reporter and Associate Editor, he already was an award-winning journalist at the New York Daily News, where he served as the newspaper's Police Headquarters Bureau Chief and later as Chief Investigative Reporter assigned to New York's City Hall during a period known as "The Great Municipal Corruption Scandals."

One of his books, "The Man Who Warned America," (Harper Collins, 2003), was a ground-breaking 9/11 tome on the FBI National Security counterterrorism leader who chased Osama bin Laden around the world, but died in the attack on the World Trade Center. The book reached the New York Times best-sellers list.

He's also been a television and radio commentator and analyst with appearances on the "Today Show," "Larry King Live," "Imus," "Dateline" "CBS 48Hours" and "The Brian Lehrer Show," among others.

Murray has continued his award-winning reporting at DNAinfo New York, scoring top honors from The New York Press Club, the Society of Silurians and the Society of Professional Journalists. He is the 2015 recipient of the NY Press Club's "President's Award."

FUN FACT: Murray spent six weeks on tour with The Who traveling in

Dump trucks, snow plows and other vehicles are getting new paint to highlight the state's presence here.

Man Stabs Girlfriend in Head After Following Her Into UWS Building: NYPD

She already had an order of protection against him before the Columbus Avenue attack, police said.

The two men had been at a private club in Manhattan before the scuffle broke out.

Several Port Authority officers made more than $300,000 last year thanks to overtime.

Authorities ruled Nichelle Waring's death a homicide this week, eight months after she was killed.

Ex-NYPD Psychologist Admits Shooting Husband To Run Off With Lover

Emily Dearden shot her husband in the head as he slept in a botched murder attempt, prosecutors say.

The shooting happened around 4 p.m. at 890 Belmont Ave., according to police.

Video shows the girl screaming and falling to the ground after being shocked with a Taser.