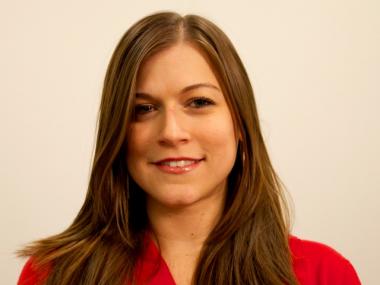 Della Hasselle is the Newsletter Editor at DNAinfo, in charge of neighborhood newsletters, special events coverage and entertainment stories.

She was born in the East Village, raised in New Orleans, and now lives on the Upper East Side.

Della joined DNAinfo after graduating from Columbia Journalism School. After working as a dancer, Della found her calling to the news when she covered the effects of Hurricane Katrina on the local dance community of her hometown. She interviewed dislocated students, company members and stage directors for a feature and follow-up article in Dance Magazine.

She then went on to cover stories about dance and the arts for several publications, which included writing feature stories and dutifully plugging events coverage into a calendar for the Daily News.

As a freelance writer, Della has also been published in Crain’s New York, msnbc.com, cbs.com and the New York Press.

Fun Fact: Della made her debut in journalism as a baby, when she appeared nude on the cover of a German magazine.

As NYC begins its recovery from Hurricane Sandy, DNAinfo is collecting the storm's most arresting images.

Fine Art Given Away to Exclusive Patrons at Fashion Week

Art pieces were being given away inside the tents at New York's Mercedes-Benz Fashion Week.

Fashionistas discussed which trends they did and didn't like from the runways at Lincoln Center.

Some fashion-forward fans use Fashion Week to live out their style fantasies.

Women Get Edgy in Leather for Fashion Week

Fashionistas sported shiny accessories to take to the tents.

Bars and restaurants around Lincoln Center are offering stylish libations during Fashion Week.