Hollis native Russell Simmons and rapper DMX visited a South Jamaica school Thursday to encourage teens to stay out of trouble — with the hip-hop entrepreneur kneeling down to meditate with hundreds of students as part of an anti-violence event.

The two celebs met with about 800 local students ranging in age from 11 through 13 at Catherine and Count Basie Middle School 72 in Southeast Queens, where despite recent decrease in crime, gangs and illegal guns still mar the area.

Simmons, who grew up in Hollis and is an avid yoga practitioner, asked the teens to meditate with him for several minutes, closing his eyes and settling into hero pose.

Simmons also told the students — who later formed a giant peace sign outside the school — that it’s important to “make choices on your own that are good for you.” 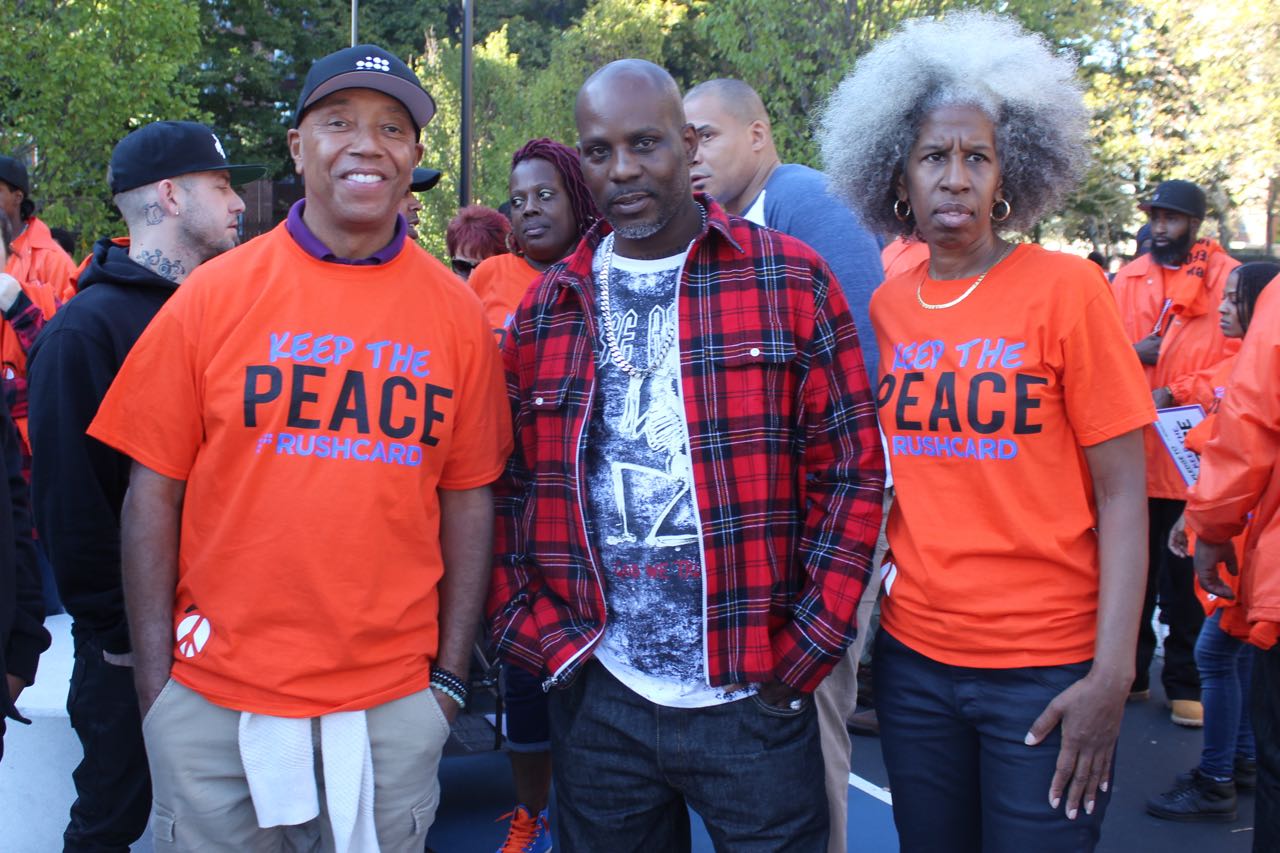 Simmons was joined by DMX, who encouraged students to “stay in school, don’t do drugs, don’t get in gangs.”

“Nothing is impossible," the rapper said. "You are at the age right now when you can accomplish anything you want, as long as you put your mind to it.”

Simmons visited the school as part of an initiative to reduce youth violence in major cities nationwide. He also announced that his company RushCard, which offers prepaid debit cards, will donate $25,000 to activist Erica Ford's LIFE (Love Ignites Freedom through Education) Camp, an anti-violence program that he has been supporting for about two decades.

The group goes to crime scenes and tries to convince gang members not to retaliate against each other. They also keep an eye on young people in the neighborhood, trying to engage them.

“I feel like their work makes a difference,” said Simmons, who before coming to I.S. 72 visited prisoners at Rikers Island and was also planning to meet with former and current gang members later that day.

Sixth-grader Maya Mack, 11, said that while there is still a lot of violence in the neighborhood, including a shooting a couple of years ago near her old elementary school, events like this teach teens “how not to let anybody push you over and do your own thing instead."

Guillermo Perez, 11, said Simmons's message not to “follow people that are doing bad things" resonated with him.

“When people bring you down," he said, "just keep going."

READ MORE: No Shootings in Nearly a Year in Section of Harlem Once Known for Violence

Police Release Video of Suspect in Killing Near Barclays Center

2nd Shooter Gets 15 Years to Life For Murder of Teen on City Bus, DA Says