It’s been one year since the fatal shooting of mentally ill, bat-wielding Bronx resident Deborah Danner at the hands of an NYPD sergeant in The Bronx — an incident immediately condemned by both the mayor and police commissioner. NYPD Sgt. Hugh Barry has since been indicted for murder, and the department is scrambling to retrain its officers on how to handle cases of emotionally disturbed people.

DNAinfo recently spoke to a mental-health advocate who analyzed video of another recent fatal police shooting of a weapon-wielding, mentally ill person — the first one captured by the NYPD on body cameras — to hear what she believes could have been done differently. 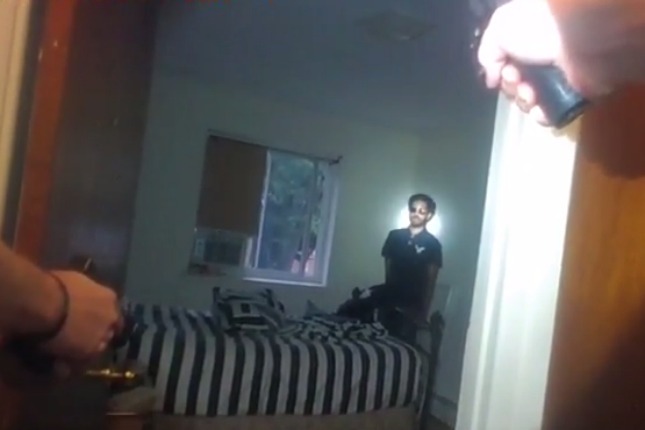 THE BRONX — The fatal shooting of an emotionally disturbed Bronx man by police last month could have ended differently if the police had tried drawing him into a conversation rather than shouting commands at him, a mental-health advocate said.

Carla Rabinowitz, the director of an organization that advocates for the mentally ill, reviewed a set of NYPD body-cam videos released last month involving the fatal police shooting of Miguel Richards, 31, in his Eastchester apartment.

What she saw disturbed her.

Her organization, Community Access, believes police should respond to crisis calls with support from mental-health professionals. But the organization also supports the Crisis Intervention Team model, which some members of the NYPD are already trained in.

Under the CIT model, responding officers would have tried to start a dialogue with Richards, asking questions like, "How are you?" "What's going on today?" "Can I get you something?" "Are you thirsty?" "Do you want a water?" and "Why are you holding a knife?"

After reviewing the combined footage from body cameras worn by NYPD officers who responded to Richards' home on Sept. 6, she noticed several moments during which police could have taken a better approach.

In the first two minutes, Rabinowitz counted seven commands given by the officers, who can be seen standing at the doorway of Richards' room. He remains impassive, standing still, and holding a knife.

Later, the officers told Richards to "Move the bag away" and "Put up your hands" before asking him, "Do you want to die?"

"Officers kept on repeating commands and threats of force throughout the 17 minutes," Rabinowitz said. "This is an example of a command and control approach that does not work for those in emotional distress. Officers come in with guns drawn and try to gain compliance by threat of force. This does not work for someone in emotional distress who is not thinking rationally, and may fear the police."

She said shouting things like, "Do you want to die?" are especially problematic because, "you don't know what's going on in his mind."

“Maybe he wanted a suicide," she said, adding, "maybe he was hearing voices."

Rabinowitz noted that officers in the video had a clear view of the room and might have identified items that could help get a conversation going and defuse the situation.

Questions an officer in a similar situation could ask include: "I see you have a TV? What do you watch?" or "Your landlord called us, do you two get along?" Other questions could have included, "I see a picture of you and someone else. Who is in the picture with you?" and "Are you a sports fan? Those Yankees are doing good," according to Rabinowitz.

She said that emotionally disturbed people confronted by officers may not even understand that it's police they are dealing with, or may be triggered by their presence.

"We did fail and we need to say it out loud," the mayor said at the time. The Bronx District Attorney eventually leveled murder charges against the officer.

In the Richards shooting, on the other hand, with the video footage as support, NYPD officials backed the way the officers handled the case. None of the officers involved have been charged.

The Richards video ends after he raised a toy gun with a laser pointer, which officers took to be real, and they opened fire, killing him.

"Sometimes mental-health recipients, when they see police, will get very, very afraid," Rabinowitz said. "They will pick up a bottle, they’ll pick up a kitchen knife."

In the case of Richards, she said he never approached the officers with his knife and there was an alternative to shooting him even if he wouldn't talk.