The Rise of Fentanyl, the Drug Driving Up Deadly Overdoses Across the City

By Nicholas Rizzi |&nbspSeptember 25, 2017 7:34am
@nickr15
Twitter Facebook Email More
A comparison of a lethal dose of heroin compared to fentanyl, which is being mixed in with batches of heroin to cut down on costs for dealers;.
View Full Caption
New Hampshire State Police Forensic Lab

The drug, which is 50 times more powerful than heroin, was linked to nearly half of all fatal overdoses across the city last year, as sellers mix it in to batches to increase potency and drive up profits, experts said.

"Dealers have figured out that they can make much more money by adding in fentanyl because it's much cheaper," Staten Island District Attorney Michael McMahon told DNAinfo New York. "Fentanyl is accessible and it's profitable."

Part of the reason for the spike in deaths is that it takes a much smaller amount of fentanyl to cause an overdose than heroin, experts said.

Last year, 1,374 people died from overdoses across the New York City — a 46 percent increase from 2015 — and fentanyl was found in 44 percent of those cases, according to the Department of Health.

McMahon estimates that more than 50 percent of the drug cases his office sees involves fentanyl, though he expects it could be as high as 75 percent.

Fentanyl also makes saving overdose victims much more difficult, because it takes four to five doses of naloxone — a drug that effectively reverses the effect — to work compared to the one or two needed for heroin, the top prosecutor explained. 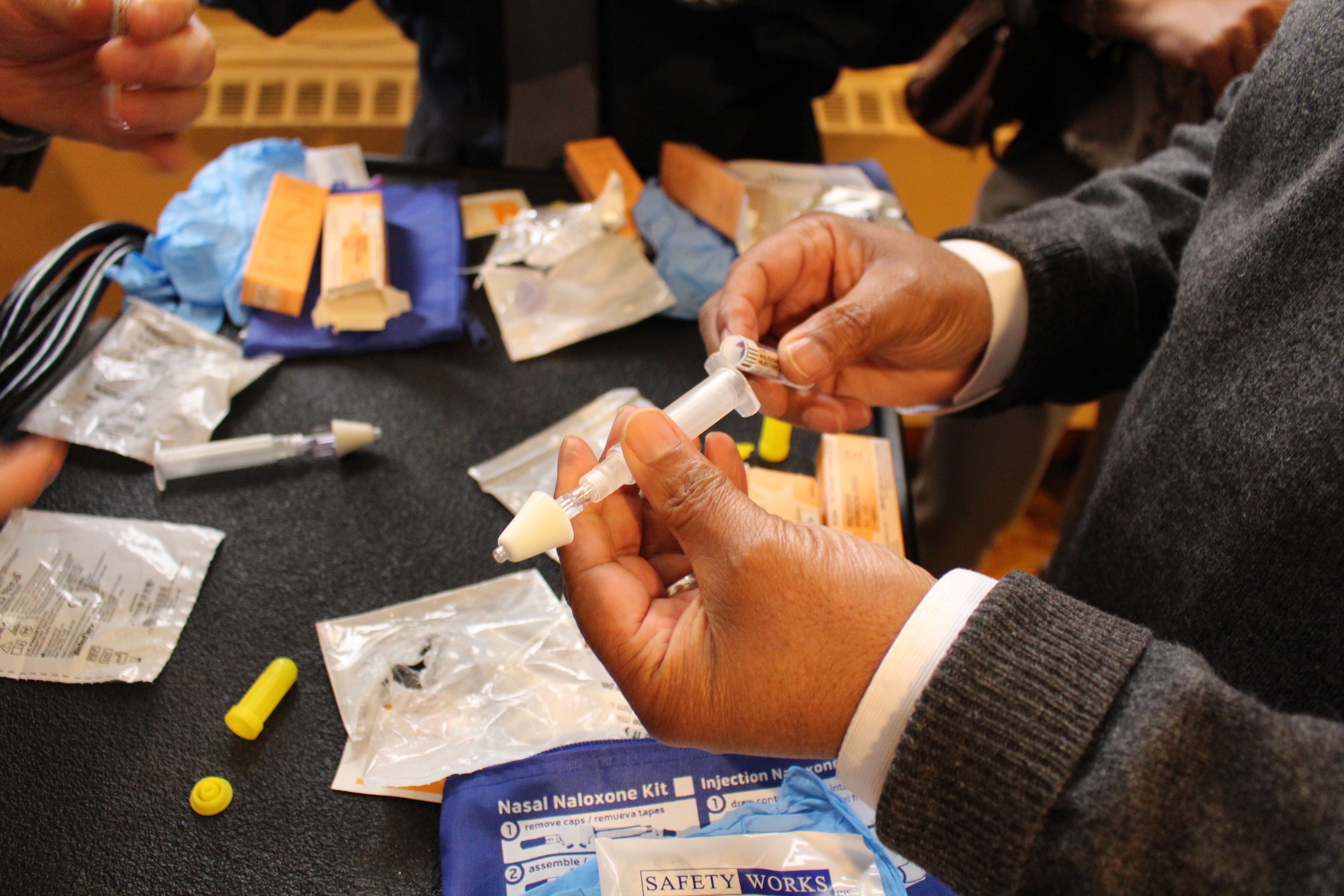 Widespread use of the drug stems from dealers who mix it in to batches of heroin so they can vastly increase profits, with most users not even realizing it's in the drugs they're buying, experts said.

Instead of spending $5,000 on a kilo of heroin to turn a $500,000 profit, traffickers can now spend $3,000 on the same amount of fentanyl and expect to make between $5 million to $6 million, explained James Hunt, special agent in charge of the Drug Enforcement Agency's New York division.

It's also easier to make than heroin, which requires the poppy flower, because it's purely synthetic. Investigators have traced its production not only to sophisticated drug manufacturers, but to crude labs hidden in the jungles of the Dominican Republic.

"You don't have to be a skilled chemist — it can be taught how to make it," Hunt said. "Even in a controlled setting, it's dangerous. But on a kitchen table in The Bronx, it's way more dangerous."

While dealers don't tell users fentanyl is in their heroin, they still use its effect as a promotional tool to brag they have the strongest product.

"People who sell the drugs want the reputation that the products that they're selling is powerful, it does the job," said Luke Nasta, executive director of Camelot Counseling treatment center.

However, in one case investigators found a dealer specifically bragging about selling fentanyl-laced heroin. Stephen "EZ" Cummings — the first dealer in the city charged with manslaughter for selling drugs linked to a fatal overdose — was caught on wiretapped phone calls boasting about his fentanyl.

"'We mix it in and it's the good stuff, it's the strong stuff,'" McMahon said prosecutors heard Cummings telling users over the phone.

Even if users know fentanyl could be in their batches, it hasn't stopped them from still getting their heroin, because their addiction causes them to chase the strongest high.

"They're aware that they're moving toward the most powerful painkiller, so the fact that it's fentanyl and they know it might cause death is not going to ultimate deter them," Nasta said. "Death's part of the lifestyle."

The city has been in the throes of an opioid epidemic for more than a decade, with Staten Island and The Bronx being hit the hardest.

Most users started down the path of addiction with a doctor's visit, where they were prescribed painkillers such as oxycodone after an injury. Eventually, their daily needs exceed the capacity for just one script, so they start visiting different physicians to get the same drugs — a practice called "doctor shopping."

New York's I-Stop law, passed in 2012, helped curtail the practice and drove down the number of prescriptions in the city. However, dealers flooded in to fill the void with a cheaper opioid: Heroin.

Dealers seeking more profits looked for ways to cut down prices while increasing potency, a major selling point for them. They tried less deadly substances like caffeine before finding fentanyl, which was cheap and highly effective, and started to add it to batches, Hunt said.

"The trafficker knows what his audience wants," he explained. "Once you get the taste of it, it could be anything in there. If it gives them that high, they're going there."

Fentanyl first showed up in 2005 and was linked to some deaths around the country before quickly dying down. But it 2015 it "started rearing it's ugly head" when Chinese traffickers started to bring it in, Hunt said.

Mexican drug cartels saw how profitable it was, so they started smuggling it in themselves, he noted. It could also be purchased easily on the Dark Web, leading to smaller "mom and pop" dealers, like Michael Luciano, 58, and Philip Luciano, 29, who were arrested in August for selling it online.

The drug is so powerful officers are warned not to even handle it with their bare hands or field test it, because one touch could be fatal, Hunt said. Fentanyl has been linked to overdoses of officers and drug-sniffing dogs across the country who came in contact with it during busts.

To make matters worse, fentanyl withdrawal takes much longer than heroin. Patients can take only a week to go through withdrawal from heroin, but more powerful opioids like fentanyl can take up to two months to get over, Nasta said.

Fatal Stabbing at Hotel Triggered by Texts From Another Man, DA Says