Hubs with at least four, and up to 20, charging stations will be peppered across the city as part of a $10 million investment that aims to make electric cars a more accessible option for New Yorkers, the mayor said.

"We believe this is how we help lead the way in this city, by making this technology more and more available to everyday New Yorkers," De Blasio said at a news conference held at the Gowanus Whole Foods. "This is an indicator of the shape of things to come."

Under a partnership with Con Edison, each borough will boast a rapid charging hub by the end of next year with the capacity to juice more than 12,000 vehicles a week. The state-of-the-art stations will fully fuel electric cars in 30 minutes, as previous models took up to eight hours. 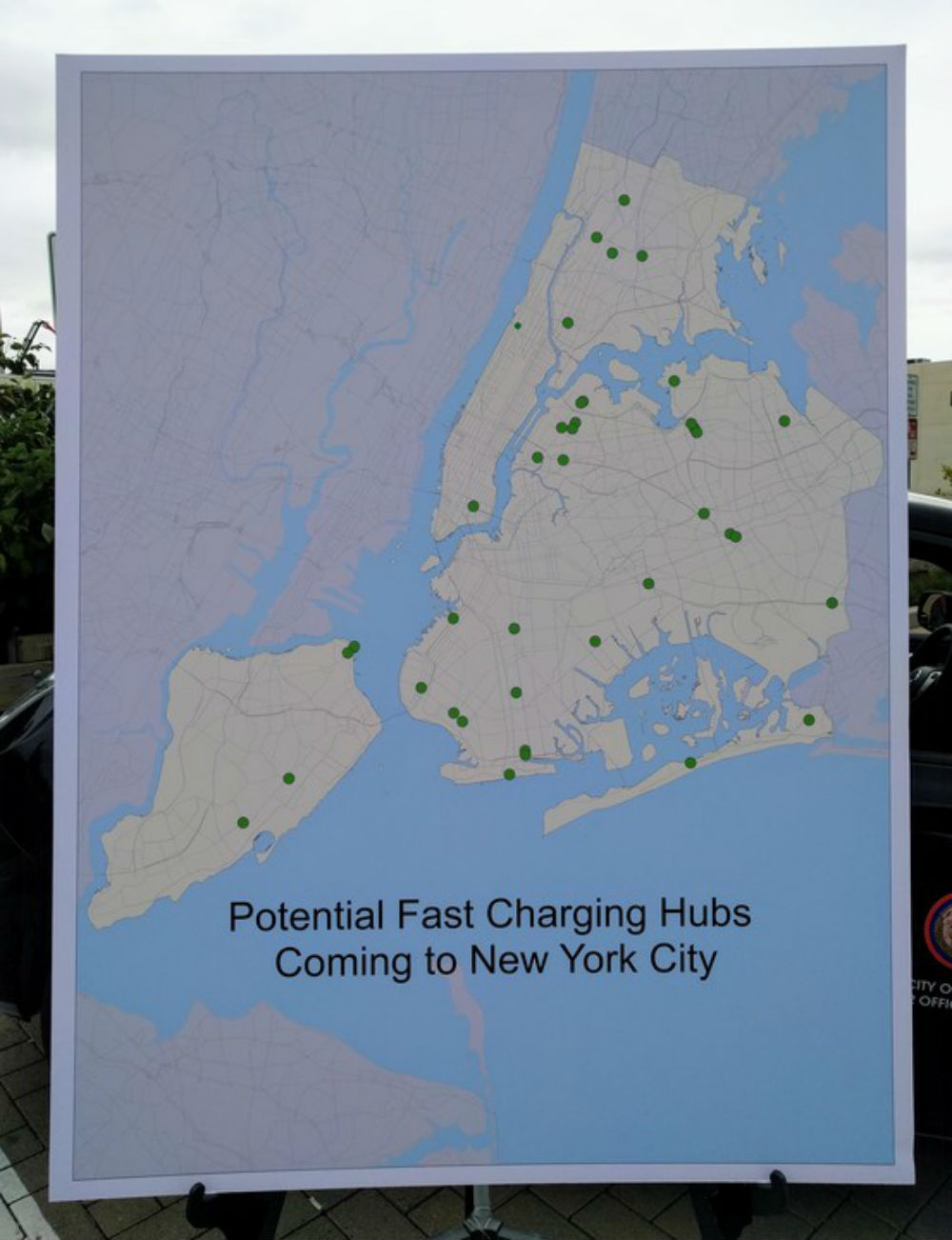 The city has mapped possible locations for the 50 charging hubs including Sunset Park, the Rockaways and the South Bronx. (DNAinfo/Caroline Spivack)

More than 1,000 electric cars already roll through New York City streets with a total of 307 publicly available charging sites citywide. However, only 16 of those hubs include the faster chargers.

The initiative marks a step toward the mayor's goal of having 20 percent of New Yorkers' 1.8 million cars be electric by 2025. It comes days after he announced plans to force 14,500 of city's most inefficient buildings to curb their greenhouse emissions as part of a broader plan to cut New York City's emissions 80 percent by the year 2050.