BEDFORD-STUYVESANT — The Billie Holiday Theatre is putting on its first full production in the renovated playhouse next month with a play about wartime life in Harlem, starring an actor from an Emmy-winning episode of "Black Mirror."

“The Old Settler,” which tells the story of a pair of sisters living in 1943 Harlem, opens on Oct. 20 at the theater’s newly revamped facility in Restoration Plaza at 1368 Fulton St. The show kicks off the theater's 2017-'18 season of plays dealing with issues of love, life, racism and black life in New York City.

Other productions include “A Small Oak Tree Runs Red,” by Brooklyn native LaKethia Dalcoe, about lynching in the Deep South, and “Yellowman,” a 2002 Pulitzer Prize finalist by Dael Olandersmith. They were chosen to highlight the past, present and future of the neighborhood's black community, as well as the tense themes of racism Americans find themselves in at the current moment, according to Indira Etwaroo, the theater’s executive director.

“We’re interested in theater that is relevant and resonant to our audience,” she explained. “We know affordable housing is a critical conversation in central Brooklyn and throughout NYC, and we felt that this piece about the housing crisis in 1943 Harlem would be able to look at that while also illuminating a poignant storyline with love, sisterhood, some humor.”

“The Old Settler” — named for the pejorative term similar to “spinster” — follows the lives of Elizabeth Borny, an older, single woman, and her sister Quilly McGrath, who recently separated from her husband. Strained by the cost of their Harlem apartment, the North Carolina natives take in boarder Husband Witherspoon, a brash young man looking for a lost love.

The play was written by the late John Henry Redwood, a Brooklyn native whose acting chops included stints in a “Guys and Dolls” revival and a one-man show playing leftist singer Paul Robeson, according to an obituary in the New York Times. Redwood took to playwriting late in life, crediting the move to frustration with the lack of roles available to him as a black actor. He gained recognition in 1998 with “the Old Settler,” which won awards and was on of the top 10 most-produced plays in the country for two seasons, according to the Times. 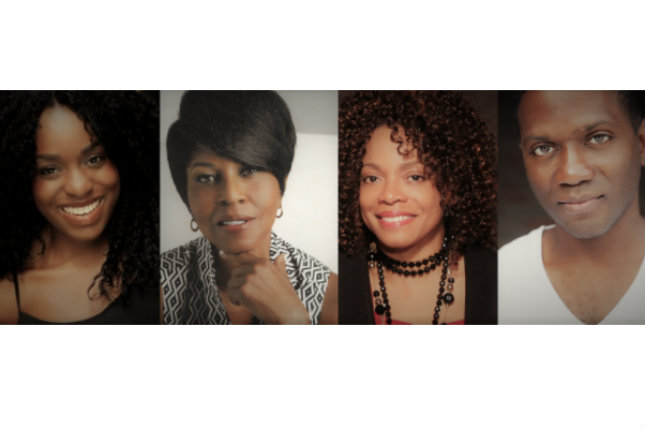 The Billie Holiday Theatre, founded in 1972, reopened its new facility in May after nearly two years of renovations, including a new stage, redesigned seating and a full makeover for the front of the house.

Following on the heels of “The Old Settler,” Dalcoe’s “Small Oaktree” will open in January, premiering for the first time in New York. The play tells the story of a woman seeking justice for the men who lynched her husband, a theme that Etwaroo said became disturbingly current after nooses were found outside the Brooklyn Museum and a Bed-Stuy branch of the Brooklyn Public Library in just over a week’s time.

“As we talk about domestic terrorism and lynching in this play, we hear of two nooses found in our own Brooklyn, in a northern state,” she said. “It couldn’t be any more relevant 100 years later.”

Finally, the season will wrap up with “Yellowman,” which opens in April. It tells the story of a relationship between a light-skinned black man and a dark-skinned woman, and looks at issues of internalized racism and colorism within the African-American community.