CROWN HEIGHTS — It was a cold and rainy night in Brooklyn, but the steel pan band Despers had to keep practicing.

Dressed in sweatshirts and jackets, dozens of players huddled under metal coverings in their outdoor practice space at Classon Avenue and Pacific Street Tuesday evening, tapping out rhythms on their drums as bandleader Odie Franklin gave the cue.

With only days left before Labor Day weekend, the steel pan orchestra is perfecting the arrangement they’ll play Saturday at the annual “Panorama” tournament, held at the Brooklyn Museum as part of the annual West Indian Day Parade festivities.

And everything has to be perfect. Terrence Greenwich, 50, who plays a double “guitar pan” drum, said each part of the band — from the high tenor drums to the large bass drums — has to be right on the money, every time.

“If you don’t sound right, the whole band fails,” he said.

Greenwich, a native of Trinidad, has been playing in steel pan bands for more than 30 years, and was brought into Despers by his brother when he was about 16.

He is one of about 90 Despers players who practice for hours every weeknight from late June to Labor Day weekend to get ready for the tournament. Despers is one of the larger steel pan groups in Brooklyn who compete; there are about eight or nine bands set to take part at Saturday’s show.

The music they’ll play is a combination of classical, jazz and island music, said drummer Noah Smit, which is typically taught taught orally, without sheet music. Joining the band is “informal,” he said; one member simply walked into the pan yard one day and asked if he could give it a go.

“It’s not like there’s an audition,” he said. “Being at practice is your audition.”

But that doesn’t mean the musicians don’t take it seriously. Many players have been involved for years, forming a “really tight-knit community” in Brooklyn, Smit said.

“Even though we’re all enemies right now competing, everybody’s friends,” he said.

For Greenwich, winning the Panorama competition is the goal, but he keeps coming back year after year for a simple reason: playing is “relaxing.”

“You come and learn a little bit of music … The tune that you’re learning takes you away from everything because your mind is concentrating on the music,” he said.

The Panorama tournament will be held at 7 p.m. at the Brooklyn Museum, located at 200 Eastern Parkway, on Saturday, Sept. 2. Tickets are $50 each and can be purchased through the West Indian American Day Carnival Association website. 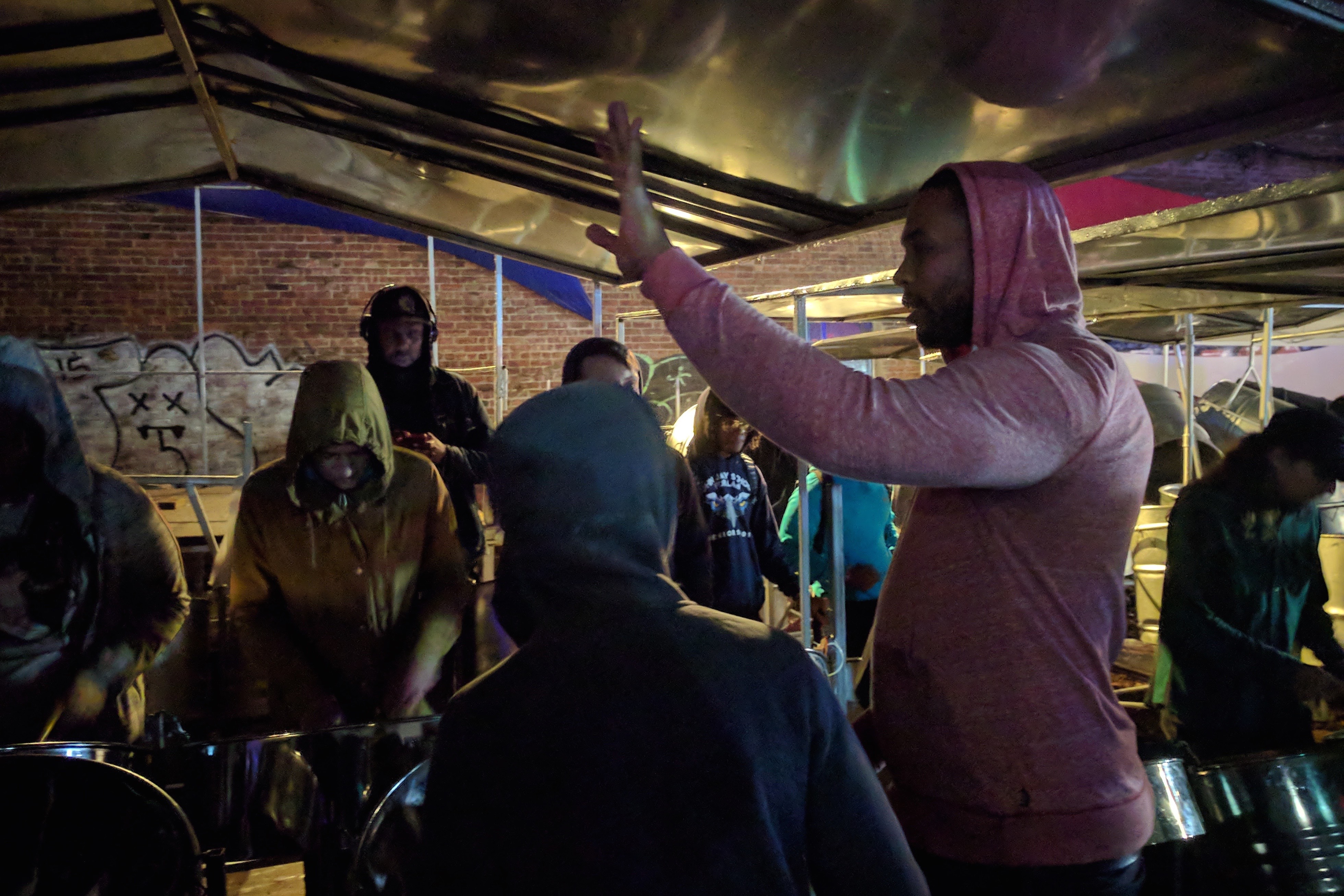