CROWN HEIGHTS — A church group that sold their former worship space to a Crown Heights developer says they're being cheated out of space promised to them in the new building going up where the old church once stood.

The Charity Neighborhood Baptist Church had operated at the historic Savoy Theater building at 1515 Bedford Ave. since 1975, members of the church said outside the lot on Tuesday, but moved out after a 2012 sale of the building for $575,000 to 1515 Bedford Avenue Realty LLC.

The church agreed to sell after signing a contract with the company stipulating Charity Neighborhood would receive “approximately 5,000 square feet of ground floor space for use as a religious sanctuary,” the document reads, and another 2,000 square feet in the basement for a community facility.

But the church’s leader, Bishop Kareem Evans, said the developer’s representative Yosi Cohen told him several months ago the church would receive space in the basement only — not on the ground floor, as promised.

Now, the church community is calling out the developer publicly to right the wrong and will go to court over the issue if necessary, Evans said.

“This was our building from the beginning,” he said.

Calls for comment to the developer’s office and Yosi Cohen were not returned Tuesday.

The church has support from high-profile attorney Sanford Rubenstein, who spoke on their behalf Tuesday, members of Black Lives Matter and Gwen Carr, mother of Eric Garner and aunt to Evans, who has attended the church since 2009. She took issue with the developers trying to force her congregation into a basement.

“Nobody would build a church in the basement,” she said. “We don’t want them to disgrace us to dishonor us. They would have never done this in other certain neighborhoods.” 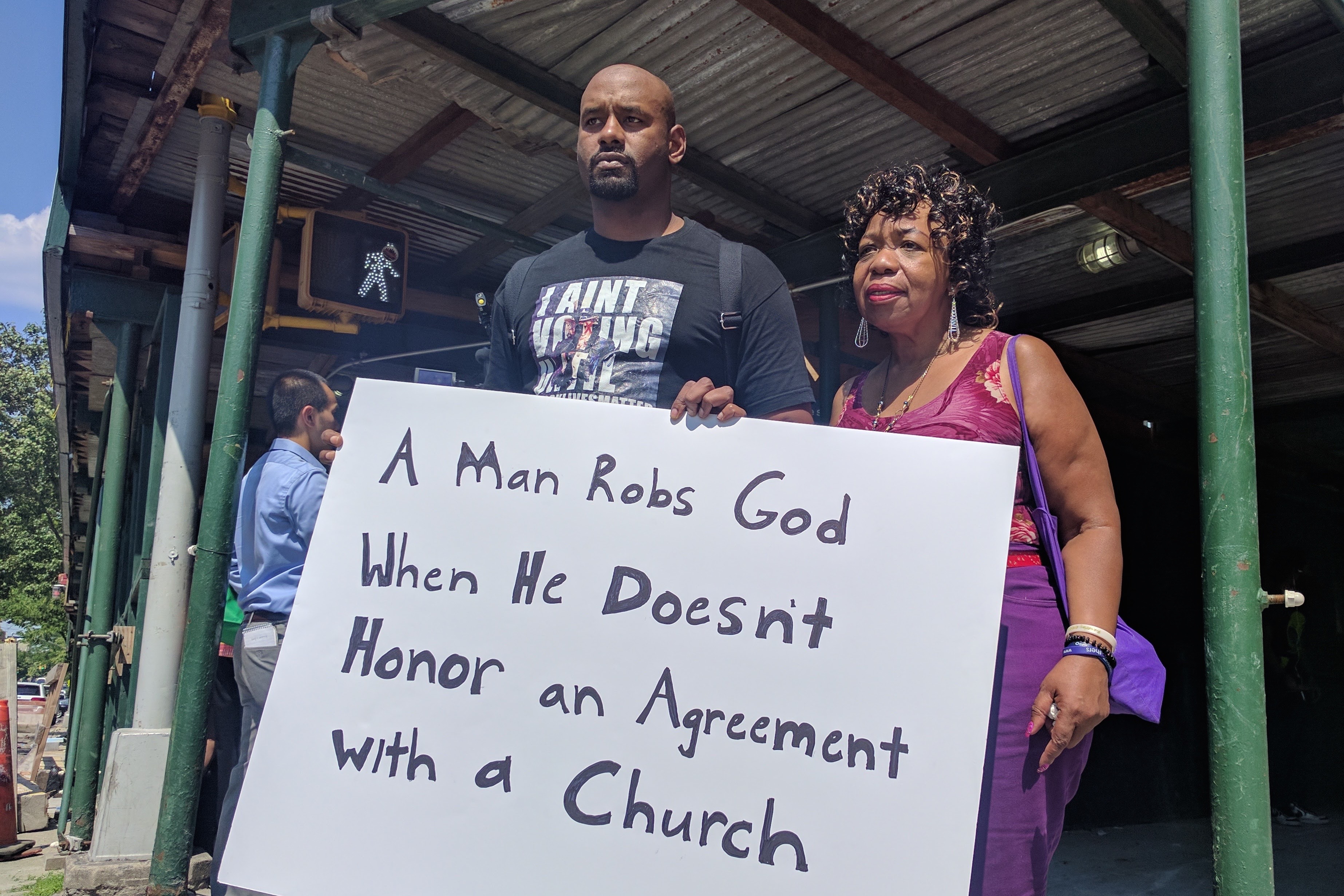 BLM activist Hawk Newsome stood with Carr outside the construction site at Bedford Avenue and Lincoln Place with a sign reading, “A man robs god when he doesn’t honor an agreement with a church.”

“It takes a special kind of evil to cheat a church,” he said.

Construction has been ongoing at the site since the Savoy Theater building was torn down in early 2014. The building going up on the site will be 10 stories tall and include 114 residential units when complete, building records show.