PROSPECT PARK — Now that’s what you call a soil flush.

New York’s very first composting public restroom is now open in Prospect Park, giving parkgoers an eco-friendly place to do their business as part of a $2.34 million renovation of the park’s historic Wellhouse.

The small 1869 brick building — the last remaining structure in the park created by Frederick Law Olmsted and Calvert Vaux, Prospect Park’s designers — was originally built as a pump station for the park’s manmade waterways, but has been out of use for more than 100 years.

But thanks to its recent renovation, it will now be used as a public restroom with specially designed composting toilets and an environmentally sustainable drainage system.

According to the Prospect Park Alliance’s architect Alden Maddry, all solid waste from the new toilets will be diverted to compost tanks underneath the building where worms will convert it to nutrient-rich fertilizer, he said on a tour of the restrooms, which opened Monday. 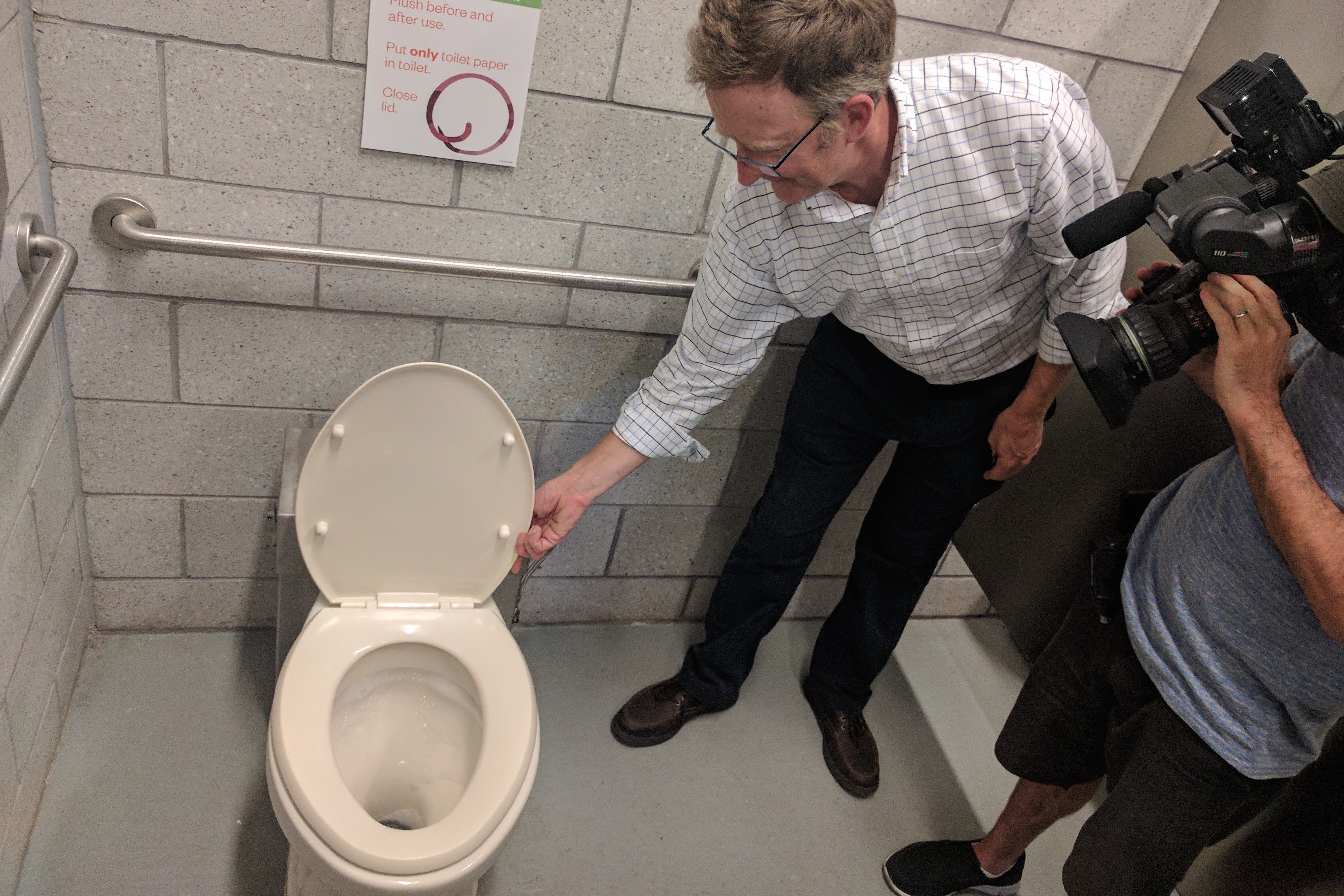 Additionally, all water at the facility — from drains and sinks — will be used to irrigate a “greywater garden” outside the building.

“We’re not connected to the city’s sewer system in any location,” he said.

Instead of using water, the new toilets use foam and just a few ounces of water with each flush — 97 percent less than a traditional toilet, which uses about 1.6 gallons of water per flush on average, he said.

The Wellhouse renovation has been in the works for years, said the Alliance’s president Sue Donaghue, made possible by funding from the City Council. She said it was important to the group to rebuild the historic building in a way that would be “most sustainable.”

“Whenever we have money for a capital project, we want to do it in the most environmentally friendly way,” she said on Monday.

The Alliance estimates the toilets will divert approximately 250,000 gallons of water from the city’s sewer system every year. 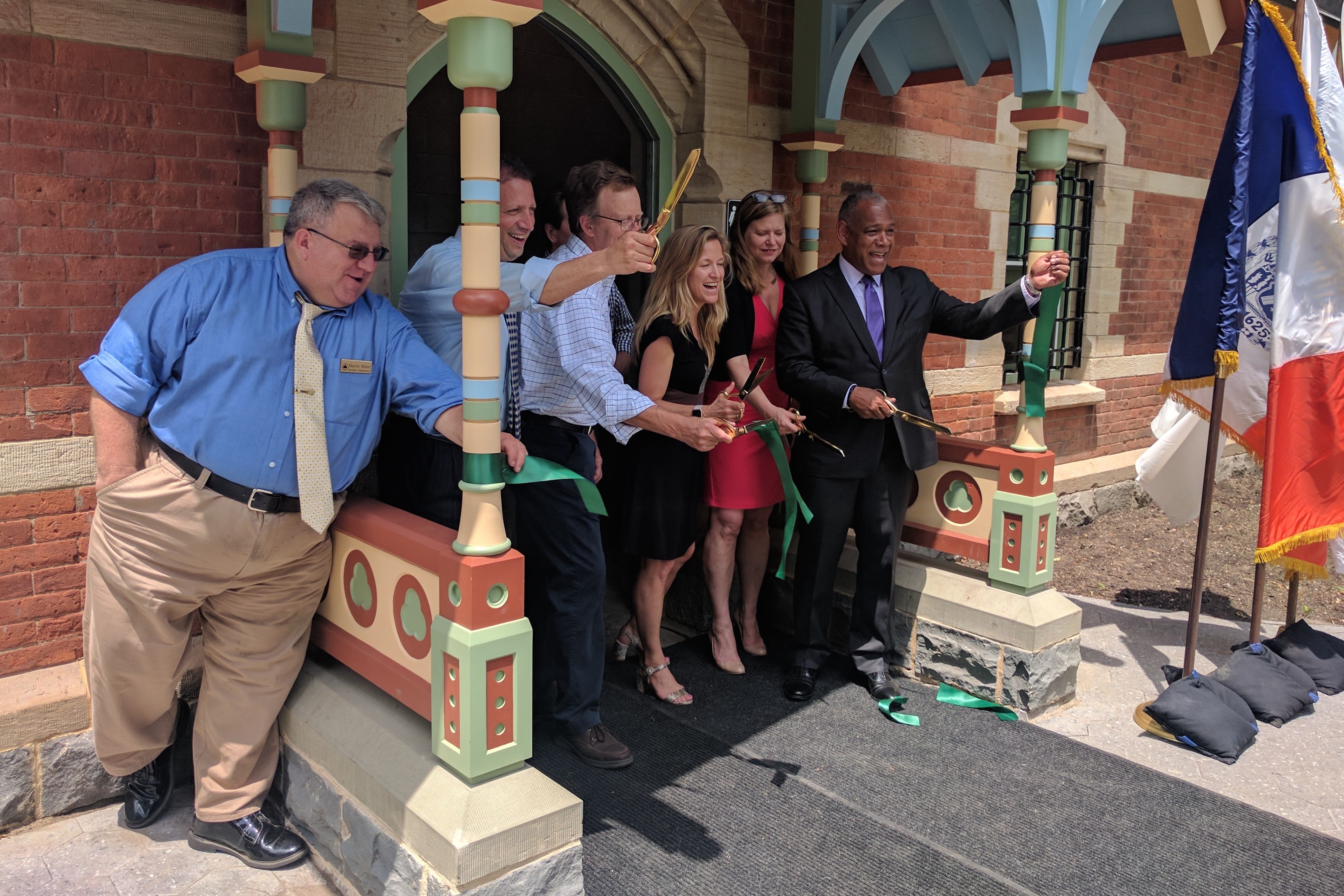 Members of the Prospect Park Alliance and Parks Department cut a ribbon at the new restroom facility at the Wellhouse on Monday. (DNAinfo/Rachel Holliday Smith)