THE BRONX — An NYPD sergeant pleaded not guilty to second-degree murder charges brought nine months after he fatally shot a mentally disturbed Bronx woman in October in an altercation that both the mayor and commissioner strongly condemned at the time, officials said.

Sgt. Hugh Barry, an eight-year veteran with the NYPD, gunned down Deborah Danner, 66, whom he had convinced to drop a pair of scissors before she then threatened him with a baseball bat in her Bronx home on Oct. 18, officials said.

Barry was arrested Wednesday and appeared in Bronx Supreme Court a little after 3 p.m. for his arraignment. He was suspended without pay after the arrest, police said.

The officer walked into the courtroom wearing a dark suit and did not appear to show any emotion while he was arraigned.

Fellow detectives filled the benches in support. It was not immediately clear if Danner's family members were also in the courtroom.

Barry pleaded not guilty to murder, two counts of manslaughter and criminally negligent homicide, His bail was set at $100,000 by Judge Robert Neary.

“When I asked last December that a special grand jury be impaneled, I said there would be no timetable, and that a fair investigation would take place and go wherever the evidence takes it. I commend the grand jurors for their painstaking work and for giving so much time away from their families," Clark said.

“I want to express my condolences again to the Danner family for the heartbreaking loss they have suffered. I thank them for their cooperation and patience throughout these last seven months." 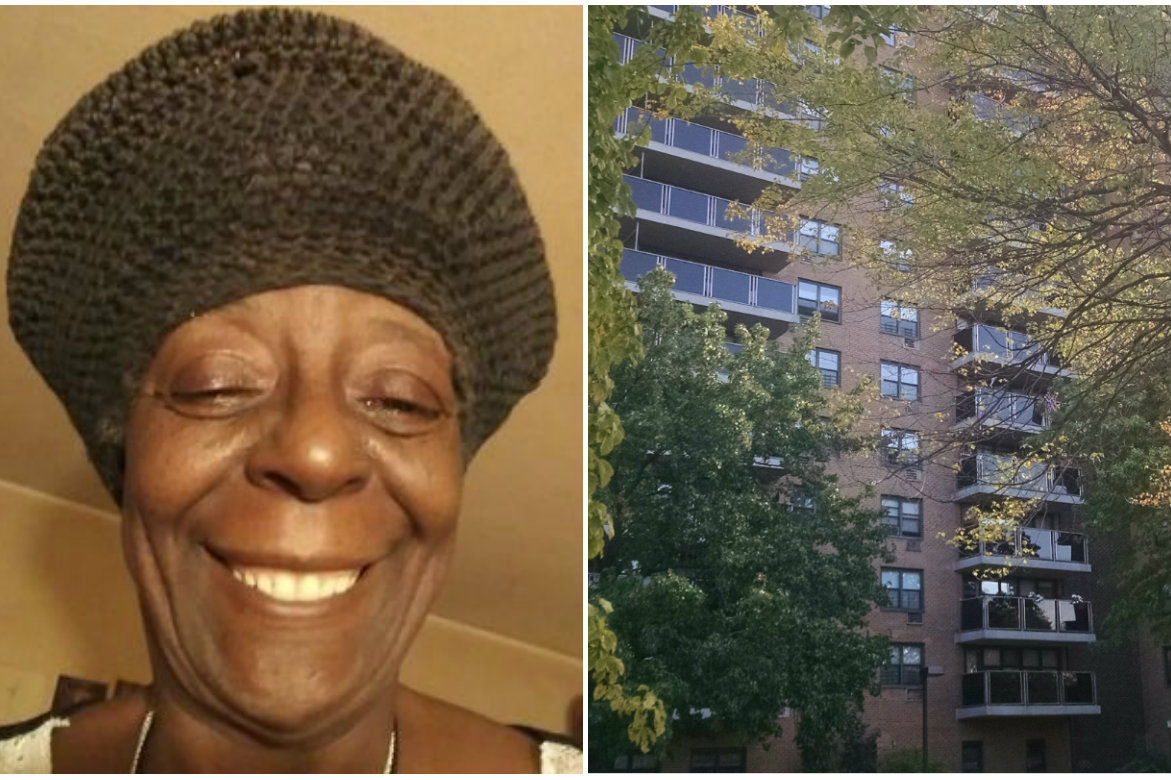 Mayor Bill de Blasio previously condemned Barry at the time for not using a department-issued stun gun or calling for a hostage negotiator to defuse the situation.

Clark decided to investigate the case after State Attorney General Eric Schneiderman determined that the shooting did not fall under his authority because Danner was armed with a baseball bat when she was shot.

Assistant District Attorney Wanda Perez-Maldonado said during the arraignment that Danner suffered from paranoid schizophrenia and police had previously taken her to the hospital without incident.

She had not taken her medication when officers responded to a 911 call of an emotionally disturbed person, the ADA added.

"On that day, Sgt. Barry failed to seek critical background information about Ms. Danner’s condition or behavior," Perez-Maldonado said. "He didn’t know who she was, and he didn’t take steps to learn more about her."

Defense attorney Andrew Quinn said Barry is married, has strong ties to the Westchester community where he lives and has "absolutely no" criminal history.

Quinn added that the officer responded to a "call where he was confronted with an emotionally disturbed person who, by everyone’s opinion, was armed with a deadly weapon, a bat.”

"This is an absolute disgrace," said SBA president, Ed Mullins.

"The fact is that Sgt. Barry did everything right. He responded to the scene, took immediate charge and de-escalated the situation by convincing the women to put the scissors down. He was well within his rights to take the action that he did, even though it was the last thing he — or any police officer — would ever want to do," Mullins added.

The SBA leader also argued that the mayor's initial comments along with NYPD Commissioner James O'Neill's improperly colored public perception of the shooting.

"They immediately poisoned the well, supplanting in the hearts and minds of a gullible public, the grand jury pool and Bronx District Attorney Darcel D. Clark that a crime had occurred. They did not just throw Sgt. Barry under the bus; in the court of public opinion they ran over him with a steamroller," Mullins said.

In her life, Danner had been a vocal critic of police violence, taking to Twitter repeatedly to condemn it.

Point of the Conversation: How'd U like to move about w/a TARGET on you because of the color of your skin? BLACK LIVES MATTER!

There are no shortcuts to justice....

She had written about mentally ill people being killed by law enforcement in a 2012 essay, NBC New York reported.

Police arrived at Danner's Castle Hill home on Pugsley Avenue, where they'd been called about four times in previous years, just minutes after 6 p.m. when a neighbor complained that she was acting irrationally, officials said.

Danner was clasping scissors and threatening Barry and the other responding officers until the sergeant was able to calm her, officials said.

She was being escorted out of her home and eventually to a hospital when she grabbed a bat and charged Barry, prompting him to pull his sidearm and fire two shots into her torso, officials said.

Danner's sister, Jennifer, was in the hallway waiting when she heard the shots, de Blasio said at the time.

"She said she was standing there in that hallway ready to go to the hospital to meet the doctors to see what they could do. And she told me she did not in any way expect to hear gunshots ring out," said de Blasio.

Jennifer Danner, who had legal guardianship over her sister, had been by her side during a decades-long battle with mental illness, de Blasio said.

"She told me that Deborah's mental health problems had emerged during college and that literally for all those decades since Jennifer had tried to help her sister in a very, very difficult situation," the mayor said.

The mayor condemned the actions of Barry, who was stripped of his badge and gun in the aftermath, and added that he had already been trained in de-escalation tactics following the police killing of Eric Garner.

The mayor was part of a large chorus of politicians who felt Barry acted improperly and continued to condemn him Wednesday afternoon.

Rev. Al Sharpton said the charges were a "good step in a long walk toward justice" and said he would monitor the trial.

"National Action Network has previously said that the need for an overhaul in police training and a review of those qualified to become police officers is apparent and must be dealt with," Sharpton said in a statement. "We cannot return to a city of Eleanor Bumpurs type shootings that we fought many years ago in the same borough.”

Bumpurs was a mentally ill woman holding a knife who was fatally shot by an officer in 1984 after police broke down her door while trying to evict her Bronx apartment.

Bronx Borough President Ruben Diaz Jr. added that he did not think the shooting was indicative of the NYPD.

"Clearly, there were options available to Sgt. Barry which he failed to implement and his conduct in this case is by no means a reflection on the great work of the New York City Police Department and its dedicated members,"  Diaz Jr. said.

"We once again offer our condolences to Ms. Danner's family during this difficult time," Diaz added.

Mullins said after the arraignment he thought Barry would acquitted of all the charges.

"I can't stress enough the damage that was done by the comments of this police commissioner, the actions of the mayor and the politics of this office that have led to this indictment. None of us were in the room that night and yet we have an indictment of a sergeant who went to work...trying to help people," he said outside the courthouse.

"In this type of business, sometimes people die. Things happen."

“The men and women of the NYPD protect and serve us, and face the possibility of danger every time they respond to calls of emotionally disturbed persons, domestic violence incidents and other crises," the DA said.

"They answer thousands of these calls each year without incident. I hope that measures will be taken to prevent another tragedy such as this.”

Man Wraps Woman in Bear-Hug and Throws Her to Ground in Sex Attack: NYPD

8-Year-Old Boy Found After Running Off From Bronx Supermarket: NYPD