EAST HARLEM— Before the sweltering summer heat arrives, a local community garden has added a new pavilion to provide much-needed shade for its visitors.

The garden, which was under threat of development by the city in 2015, features a newly constructed pavilion and seating space spearheaded by 15 graduate students and faculty members from Parsons over the spring and summer of 2016. 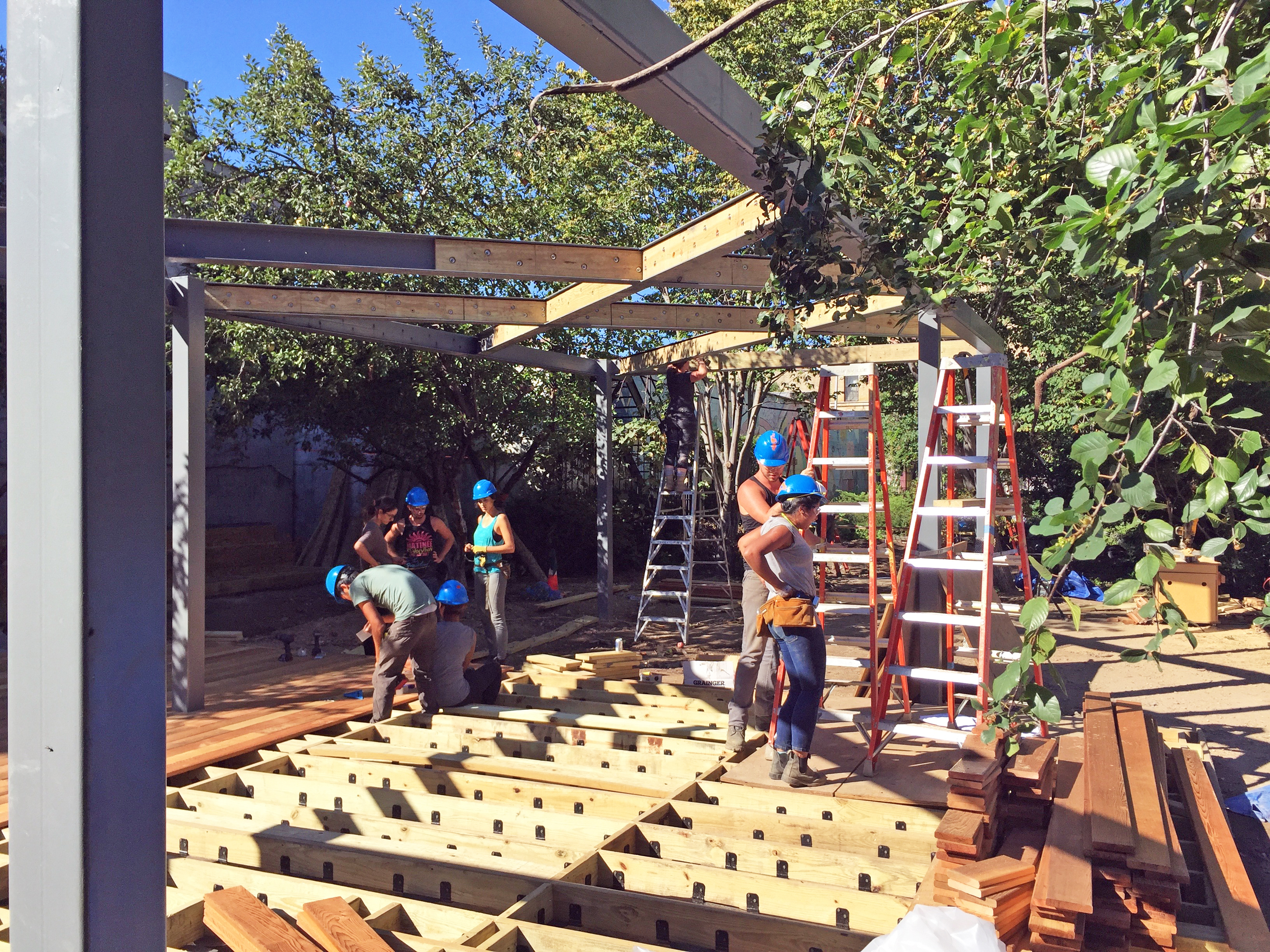 The school said the improvements were done pro-bono to show its commitment to civic engagement by enhancing public spaces. Parsons did similar work at the Highbridge Recreation Center in Washington Heights and the Sunset Park Recreation Center in Brooklyn, officials said.

“By improving some of our city’s most important public spaces, our students are improving the quality of life for thousands of New Yorkers,” said Joel Towers, executive dean of Parsons, in a statement.

The new space is expected to be officially unveiled at a ceremony Thursday.