Prospect Park's Rose Garden to Get Art Installation and Renovation

By Rachel Holliday Smith |&nbspMay 24, 2017 8:48am
@rachelholliday
Twitter Facebook Email More
A rendering from "The Connective Project" by Suchi Reddy of Reddymade Architecture + Design, an array of 7,000 pinwheels to be installed in the Prospect Park Rose Garden this summer.
View Full Caption
Courtesy of the Prospect Park Alliance

PROSPECT PARK — In the first years of its life, Prospect Park’s Rose Garden served as a children’s playground, a well-manicured spot for outdoor weddings and a setting for displays of roses before the creation of the Brooklyn Botanic Garden.

But in recent decades, the 2.5-acre plot featuring three empty circles of concrete (formerly lily ponds) has become overgrown and hard to find in a section of woods near the Vale of Cashmere, visited mostly by birders and cruisers — lovers looking for a private meeting place, according to park staff.

Now, the Prospect Park Alliance is hoping to revitalize the Rose Garden as part of a larger effort to significantly spruce up the northeast side of the park, with the help of Brooklynites.

Starting next month, the Alliance will solicit ideas for how best to renovate and rebuild the Rose Garden, beginning with a June 10 design workshop at the park’s Boathouse led by the non-profit group Hester Street Collaborative. As long as they fit into landmark rules governing the park, any ideas are welcome, the Alliance staff said.

“It’s a little bit of a blank slate,” said Matt Ojala, Director of Government and Community Relations for the group. 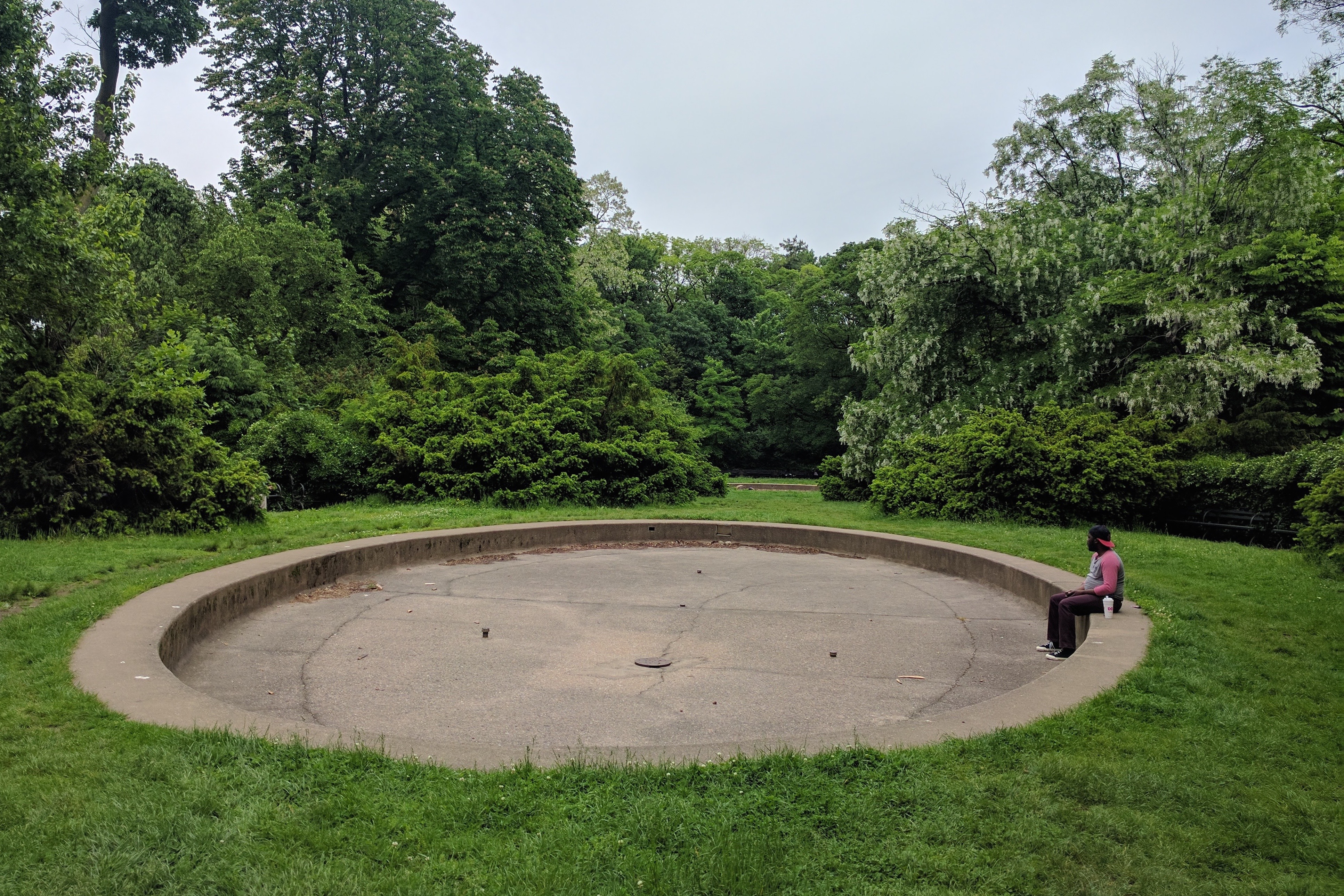 While the group gathers input for the garden’s redesign — which will likely not be built for at least another few years, including time for fundraising and construction — an art project will fill the Rose Garden space this summer.

Between July 7 and 17, 7,000 pinwheels will be installed in the garden by Suchi Reddy of Reddymade Architecture + Design and event producers AREA4, decorated with thoughts from park goers about “what Prospect Park means to them,” said Deborah Kirshner, assistant vice president of communications at the Alliance.

“We’re kicking off this open call for people to submit a photo or a piece of art of even a verse or prose,” she said. The period for submissions will take place between June 1 and 30. 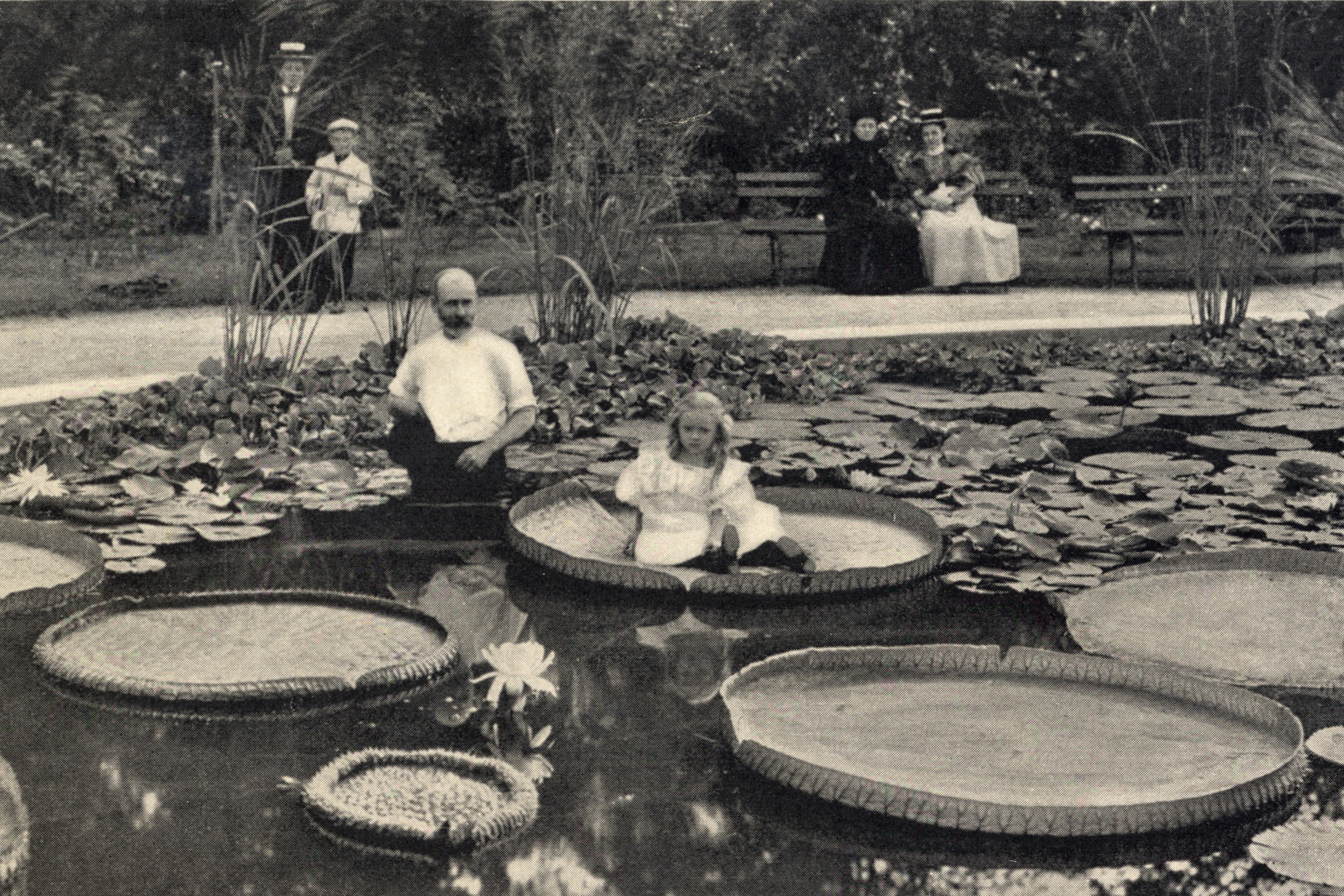 A photo from 1897 shows a little girl posing in a giant lily pad in a pond at the Rose Garden. (Photo credit: Prospect Park Alliance)

The art installation and restoration are just two portions of a bigger renovation of the northeast quadrant of the park, focusing on the area east of the East Drive between Grand Army Plaza and the Prospect Park Zoo. So far, the group has plans to fix sidewalks and lighting, restore woodlands damaged by Hurricane Sandy (now being cleared by hard-working goats) and update the Vale of Cashmere.

"Since its founding, Prospect Park Alliance has been focused on restoring the park for the enjoyment of all of Brooklyn," said Sue Donoghue, president of the Prospect Park Alliance. "Through these innovative community engagement initiatives, we are looking to involve all of the diverse communities that consider the park 'Brooklyn's backyard' in the future vision of this corner of the park, one of the few remaining landscapes untouched by restoration."

In addition, city funding through Parks Without Borders will allow for new entrances to Flatbush Avenue, one of which will likely be located nearly adjacent to the Rose Garden.

“You create access to the space, you light it up, you make it feel safe and then you activate [it],” Ojala said. “All these pieces are really coming together nicely.” 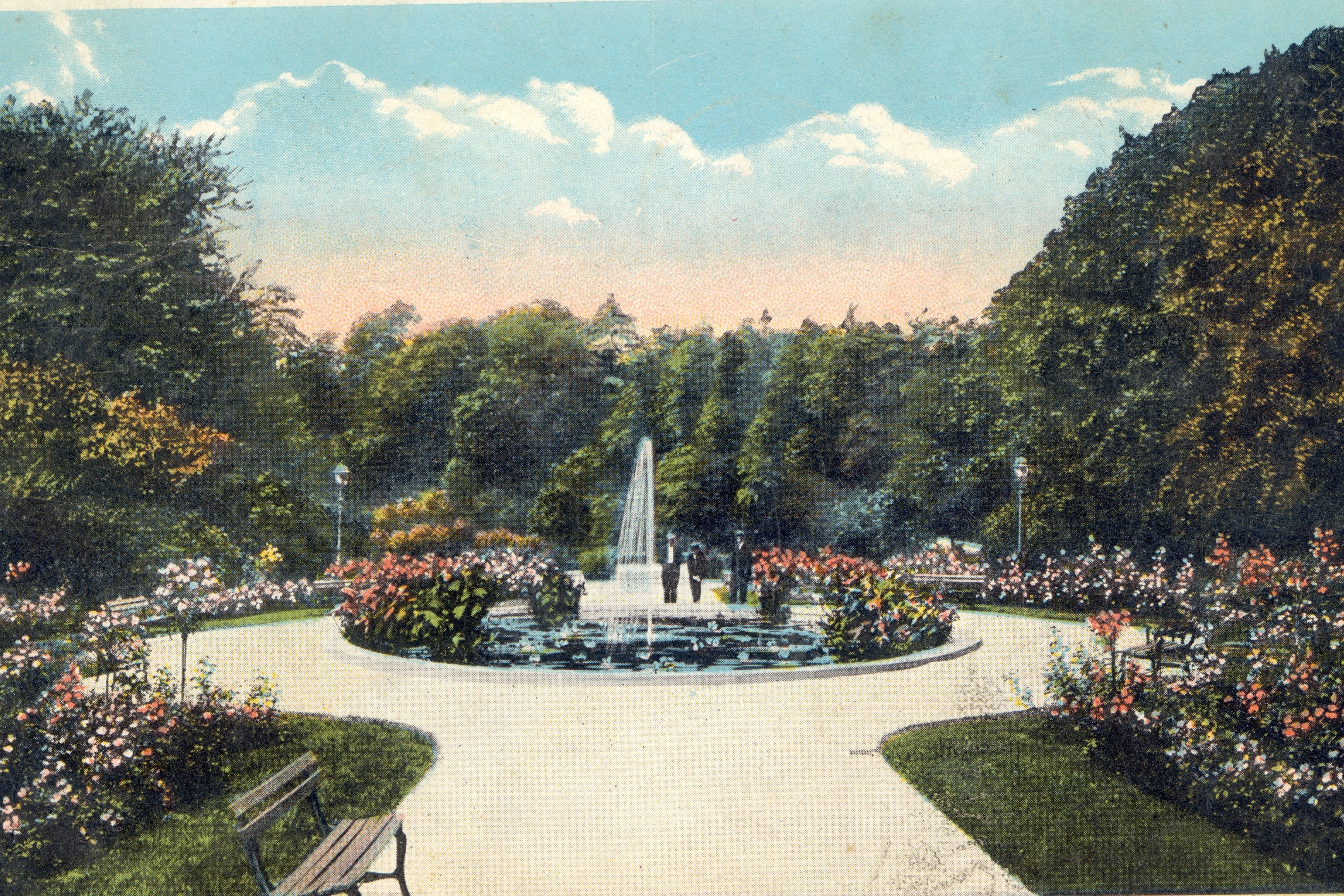 An undated postcard shows one of the fountains that used to be installed in the Rose Garden. (Photo credit: Prospect Park Archives/Bob Levine Collection)

The Alliance wants to “collect as much feedback as possible” from the community before finalizing a design for the Rose Garden, Ojala said, and is encouraging all interested Brooklynites to RSVP for the June 10 design workshop and submit their artwork for the pinwheel art installation through the Alliance website starting June 1.