By Shant Shahrigian |&nbspMay 24, 2017 11:40am
Twitter Facebook Email More
Most of the people who live there think the quality of life in the borough could better, a study found.
View Full Caption
DNAinfo/Jeanmarie Evelly

BRONX — Ladies and gentleman, The Bronx is bumming.

A nonprofit group's new survey of nearly 10,000 New Yorkers found people in The Bronx are the least satisfied with their neighborhoods, city services and dozens of other issues like safety, health and quality of life.

The Citizens Budget Commission (CBC) found just 42.5 percent of Bronxites have a positive opinion about their neighborhood as a place to live. In comparison, 72.9 percent of Manhattanites said they love their home, 66.5 percent of Queens residents gave positive reviews and 61.3 percent of Brooklynites felt the same way. Staten Island actually rated highest, with 73.8 percent of people there giving a positive overall review of their 'hood.

"The survey results would seem to indicate the city is not meeting the needs of people or people don’t feel their needs are being met," CBC’s Vice President Maria Doulis said of Bronxites.

The borough got positive responses in just 14 out of 45 categories ranging from crime control (36.8 percent of Bronxites approved) to public after-school programs (38.7 percent).

The survey, which CBC modeled on a similar undertaking by then-Mayor Michael Bloomberg's office in 2008, also showed racial disparities among answers from 9,873 households. Across the city, 74 percent of white residents were satisfied with their neighborhoods and 50 percent of black and Latino New Yorkers were.

"The data when you look at them citywide are clear that there’s a racial aspect," Doulis said. "There’s probably a proxy for that, which we know is income."

"Look, I'm white. I always get the question, 'You still live there?'" he said. "What, I'm white, I shouldn't live here? There definitely is racial disparity."

Hispanics comprised 53.5 percent of The Bronx’s population in 2010; blacks made up 36.5 percent; and whites were 27.9 percent, according to U.S. Census data. 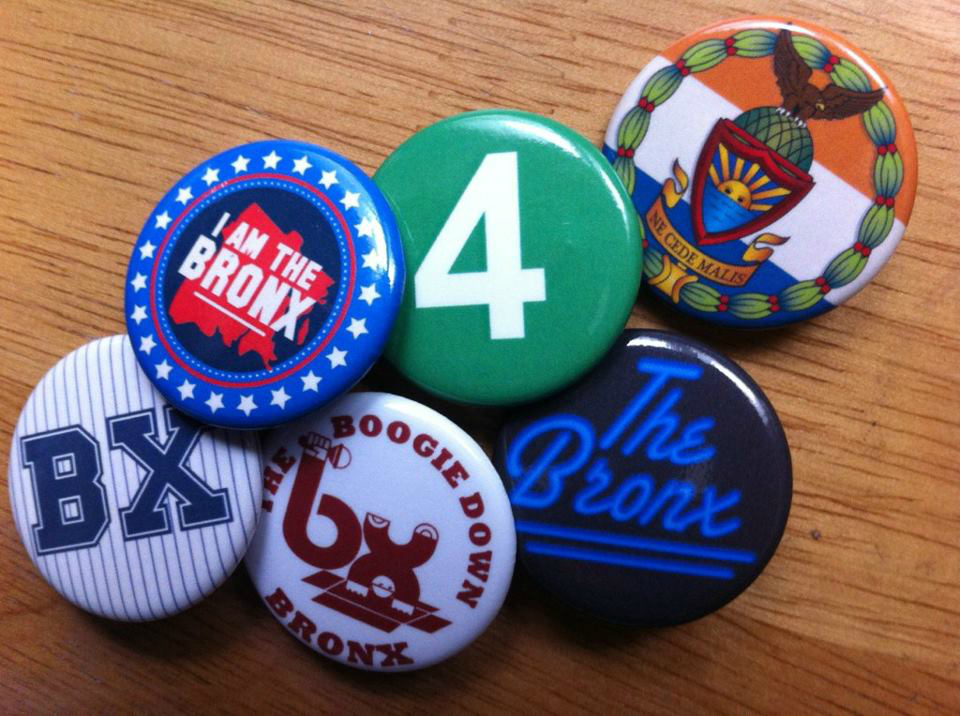 CBC’s survey found 40.7 percent of Bronxites had a positive opinion of city services. Only Staten Island got worse results in that category (33.1 percent).

Rogers, a longtime community activist, said most of The Bronx, save a few more affluent areas, has gotten the short end of the stick at least since the city’s fiscal crisis of the 1970s.

"We need the same simple things that help a community like Riverdale or the Lenox Hill area — but we need a shot of penicillin, vitamin B12 and a bunch of other things to step up our game," said Rogers, adding that the city should take a "triage" approach and give the most help to communities that need it most.

Mayor Bill de Blasio moved his office to The Bronx this week as part of a program called City Hall in Your Borough and is helping residents sign up for literacy services, health insurance. The mayor is also informing them about small business opportunities and other social services.

"City Hall in Your Borough is in the Bronx this week, giving our administration an action week of focus that allows us to deliver resources where they’re needed most," de Blasio spokeswoman Jessica Ramos said. "We’re having a conversation with New Yorkers that requires us to get out of City Hall and into neighborhoods.”

While recent years have seen crime reach historic lows in the city, the issue remains a major concern to borough residents, according to CBC’s survey. Only 36.8 percent of Bronx respondents had a positive view of crime control.

Public housing was another area that stands out in the poll, called "NYC Resident Feedback." Positive reviews were limited citywide, with Brooklyn and The Bronx coming out at the bottom – 18.9 percent of respondents in each of those boroughs gave NYCHA housing good marks.

"We need more security. We need somebody to pay attention to us when we talk about things, about getting things fixed in your apartment," said Johnson, who declined to give her age.

Asked about subway service in The Bronx — which 47.3 percent of respondents there reviewed favorably — Johnson was chagrined.

"Do I take the subway? Oh, Lord, please. The subway is terrible," she said. "You gotta go downtown to come back uptown to go where you need to go."

Complaints about city services appear to be borough-wide, with a resident of the South Bronx — which has seen an influx of development in recent years – saying she and her neighbors have taken it upon themselves to keep their neighborhood clean.

"Supposedly we have street sweepers who come through to clean the streets, but it’s strewn with litter, anyway," said Kaerensa Craft, 46, a psychotherapist who lives in Mott Haven. "The amount of litter we pick up can be overwhelming at times. It's not like other parts of the city that look nicer."

Doulis said the goal of the survey is to focus the city’s attention on the most urgent problems.
"This provides a road map for city government to ask why people are so dissatisfied and then to adjust policies to address that," she said.

Rogers, who retired as manager of a group home for the disabled, has spent years organizing a community garden in Melrose, alongside his other activist work.

"We’re activists fighting to get our fair share, which we still don’t get,” he said. "We’re spinning our wheels. Why do we have to fight for things that other communities get in surplus?"