Twitter Facebook Email More
A rendering for a plan to redevelop the Bedford-Union Armory in Crown Heights shows a portion of the building to become condominiums on the President Street side of the 1903 building and a 13-story rental building to be constructed on the armory's east side.
View Full Caption
Bedford Courts LLC

CROWN HEIGHTS — The city is moving ahead with the official approval process for the controversial Bedford-Union Armory redevelopment, despite the loss of key City Council support for the project.

On Monday, the Department of City Planning greenlit the beginning of the official review of the building proposal, which would turn the vacant former military building into a recreation center, 330 affordable and market-rate apartments and 56 condominiums.

The move starts a nearly year-long process known as the Uniform Land Use Review Procedure, or ULURP, that requires input or approvals from the local community board, borough president, City Planning Commission, City Council and mayor before the project can begin.

Monday’s hearing to begin ULURP comes days after the armory redevelopment lost the support of Councilwoman Laurie Cumbo, who cited the armory's condominiums as a dealbreaker for her.

“I cannot in good conscience support a project with an economic model based on luxury condominiums,” she said at a press conference Thursday. “It's a non-starter, it's not a deal, we're not moving forward. My community deserves better."

Cumbo had been under pressure for months to drop support for the controversial development from activists and community members who have called for the city to “kill the deal” and create 100 percent affordable housing on the site.

A draft environmental statement for the project states “the consideration of a 100 percent affordable scenario as an alternative will not be included.” However, NYC EDC spokesman Anthony Hogrebe said that a project with deeper affordability levels could still be considered.

Currently, half of the planned apartments at the armory would be affordable.

Protesters have continued to criticize the project after Cumbo’s announcement. On Monday, activists interrupted the DCP hearing, shouting “kill the deal” inside the meeting.

Representatives of the project’s developer, BFC Partners, and Cumbo declined to comment on the protests Monday.

Protesters also showed up outside the armory on Sunday, facing off with a group of community members and 32BJ service workers — who struck a deal to work in the redeveloped armory — supportive of the project. 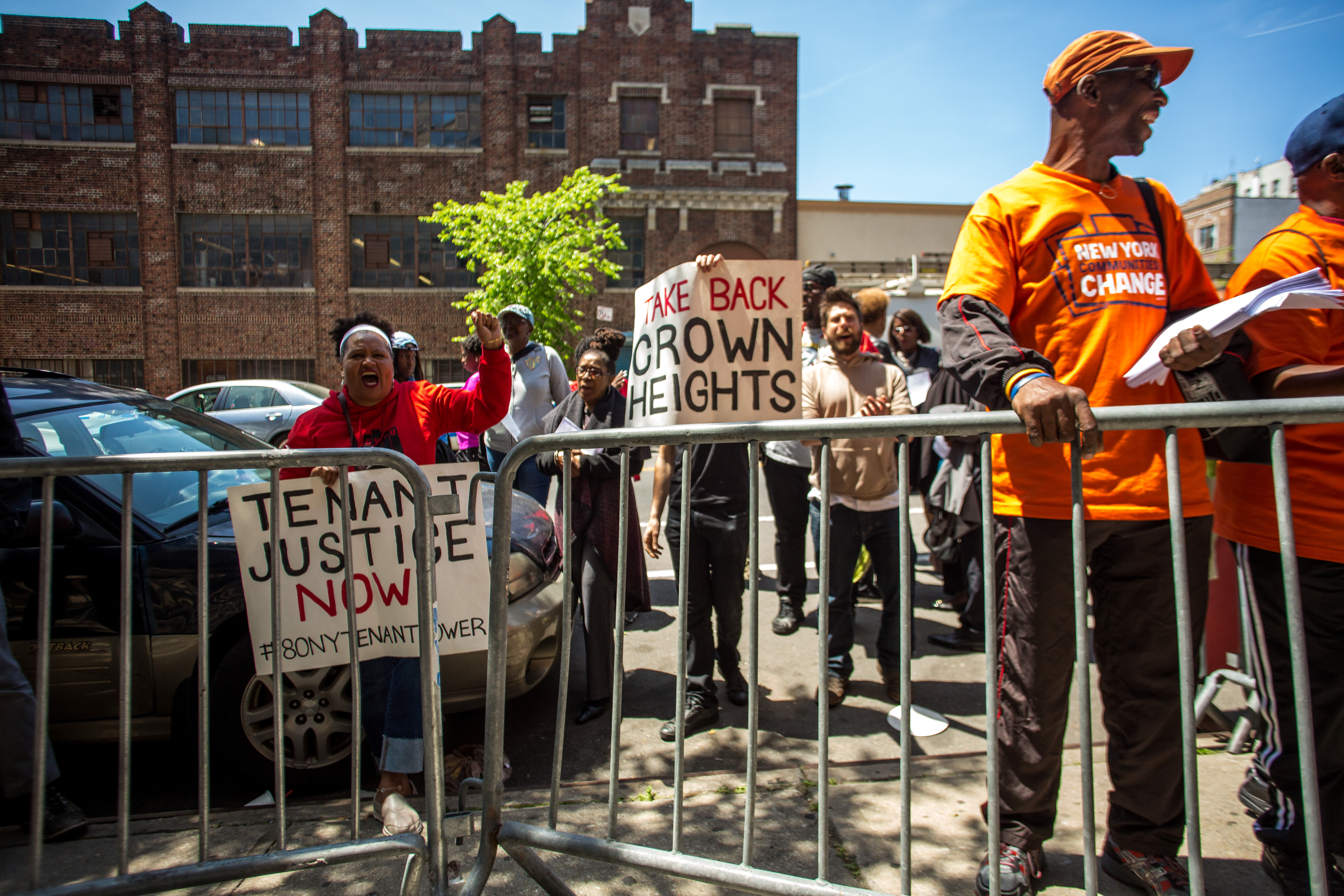 Reverend Daryl Bloodsaw, pastor of the First Baptist Church of Crown Heights who will help oversee a $500,000 affordable housing fund provided by BFC, participated in the pro-development rally, organized by the developer.

He said he'd prefer a plan without condominiums, but believes it's more important to see the negotiations through and dismissed the protesters as idealists.

"We need to work with the plan that is in place now," he said. "It ain't perfect ... but there's a deal on the table. Let's come to the table and negotiate with fire."

Brooklyn Community Board 9 will give input on the process first in ULURP. It’s unclear when the board will consider the issue. An inquiry to CB9 on Monday was not immediately returned.