By Amy Zimmer |&nbspApril 18, 2017 11:25am
@the_zim
Twitter Facebook Email More
The great room in one of the condos at the Polhemus Residences.
View Full Caption
Fortis

BROOKLYN — Instead of affordable housing and a new school, the developer of the former Long Island College Hospital site is bringing luxury apartments and townhouses, with prices ranging from $2.55 million to more than $8 million, according to listings from the first phase of the project that hit the market this month.

Fortis Property Group initially proposed affordable units and a school in exchange for building higher in this tony enclave of historic brownstones.

But with controversial plans that would have required the city to OK zoning changes at the site, Fortis instead focused on luxury homes in an as-of-right development requiring no public approval. The community, however, feels shut out of the process.

“They are saying they are releasing a master plan, but no one has seen a master plan,” said Amy Breedlove, president of the Cobble Hill Association. “They’re calling it River Park, and are calling their buildings 1 River Park, 2 River Park … [instead of using the existing street names]. We’d like to see it more integrated into our neighborhood. They’re setting themselves apart and we find that concerning.”

The nearly 1-million square foot redevelopment for Cobble Hill’s 156-year-old LICH site is now called River Park and is being billed by Fortis as the city’s largest project since Hudson Yards, according to details the developer released Monday.

Fortis expects to bring roughly 500 units but plans have not been finalized yet, the project's representatives said, declining to release the master plan itself.

The seven buildings at the site of the hospital, which closed in 2014, will be a mix of restored landmarks, contemporary townhomes and towers reaching 28 stories. They will front the upper part of Van Voorhees Park, a 2.5-acre city-owned park along the Brooklyn-Queens Expressway that the developer is planning to restore and beautify, according to the project’s representatives.

Breedlove noted that Fortis will have to engage the community on a renovation of the public park, which she hopes will include a way to connect the upper and lower parts of the open space bisected by the busy roadway.

“We’d like to see walkways connecting the upper and lower parts of the park,” she said.

The project’s first phase, the Polhemus Residences and Townhouses, were never part of the rezoning plans. 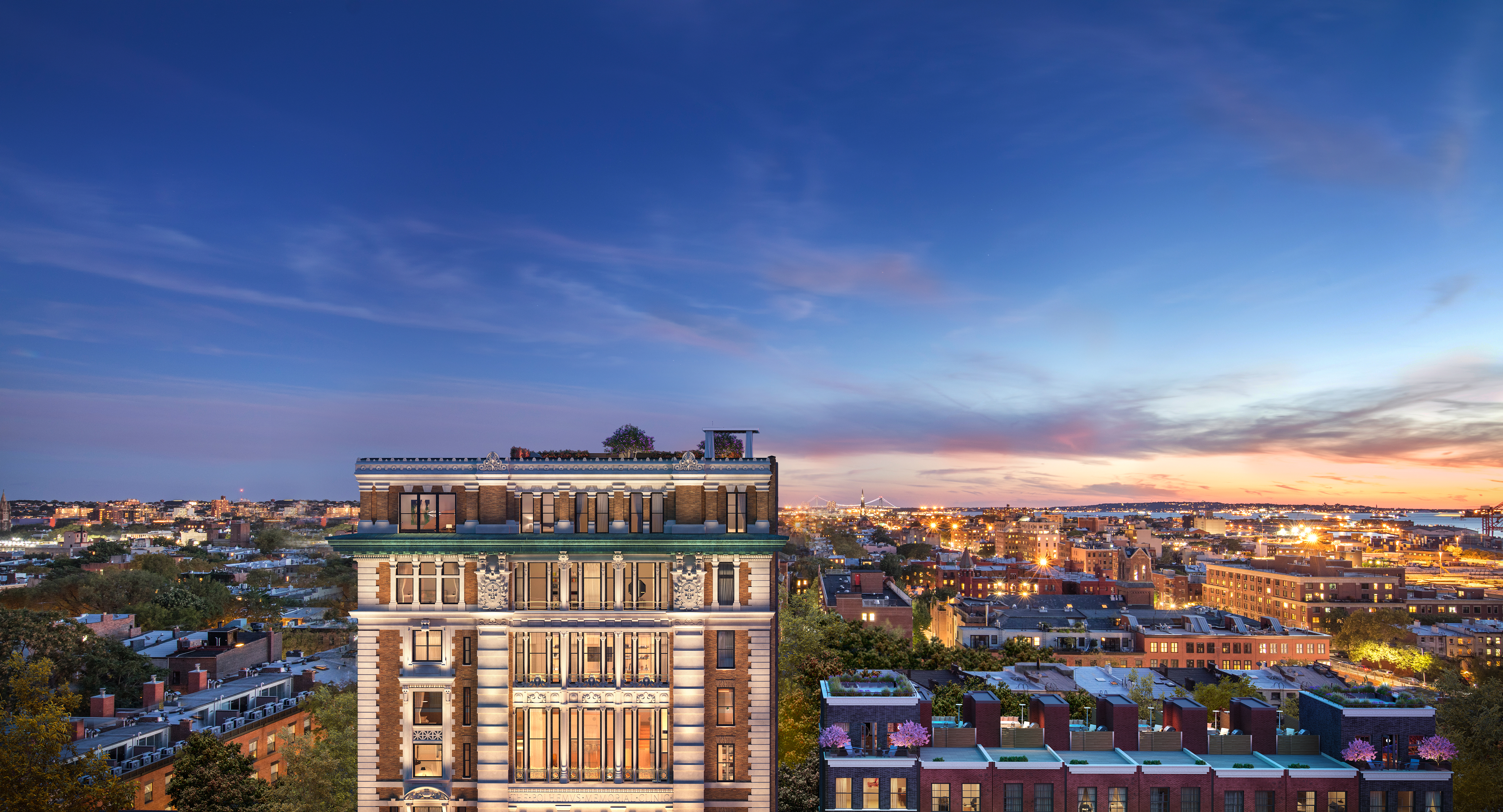 A rendering of the restored landmark. (Courtesy of Fortis.)

The Residences include 17 sprawling condos within the landmarked Polhemus Building, where a restoration of the 1897 Beaux Arts limestone-and-brick façade on the corner of Amity and Henry streets is underway along with an overhaul of the interior by BKSK Architects.

The two- to five-bedroom apartments, ranging from $2.55 million to over $6 million, will have windows stretching up to 16 feet, ceilings soaring up to 21 feet and roof decks with harbor views. They’ll have custom millwork cabinetry, and some duplexes will have oak staircases. The building will have a concierge, fitness center, yoga studio, billiards library, rooftop lounge and parking garage.

The 8 individual townhouses, rising along Amity Street, between Henry and Hicks streets, will feature private elevators, two-story great rooms, 20-foot glass walls, chef’s kitchens and rooftop space for entertaining. Townhouse owners will also have private parking and optional membership plans for the amenities at the Polhemus Building. These homes, designed by Douglas Romines, are priced from $5.995 million to more than $8 million.

Though the project’s name separates it from the existing neighborhood, the marketing materials play up its location within it.

“River Park’s idyllic location is simply unrivaled, with planned architectural masterpieces that will create an iconic new skyline rising above the tree-lined blocks of Cobble Hill,” said Million Dollar Listing’s Fredrik Eklund, whose Eklund Gomes Team of Douglas Elliman is leading the sales for the project. 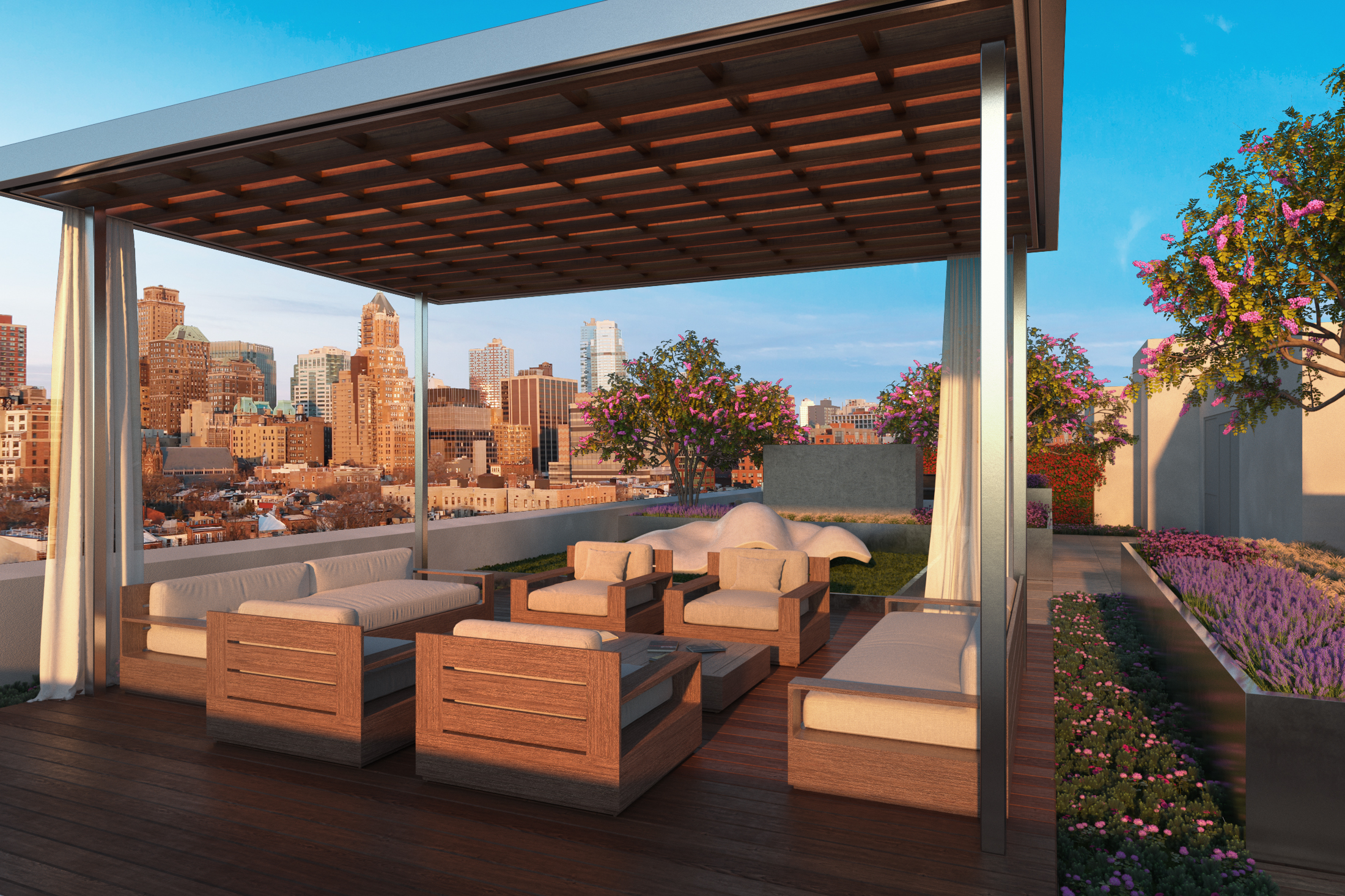 A rendering of the Polhemus roofdeck. (Courtesy of Fortis.)

Monday’s announcement from Fortis construction on these properties is slated to begin this year with completion expected by 2020, but many of the permits filed in December for these buildings have yet to be approved.

According to permits filed in December for 2 River Park — listed at 339 Hicks St. — where Fortis plans to construct a 28-story tower, the permit for it has been disapproved by the Department of Buildings several times, most recently on March 14.

The LICH site has been riddled with controversy ever since the hospital closed about three years ago, when Mayor Bill de Blasio, who was Public Advocate at the time, was arrested as he fought to keep the medical facility open.

A subsequent settlement required a health care facility on the site — though not a full service hospital — and ultimately, a $240 million bid from Fortis was approved, which included a facility run by NYU Langone Medical Center with a freestanding 24-hour emergency room now open in a former LICH building with plans to move into a larger space. 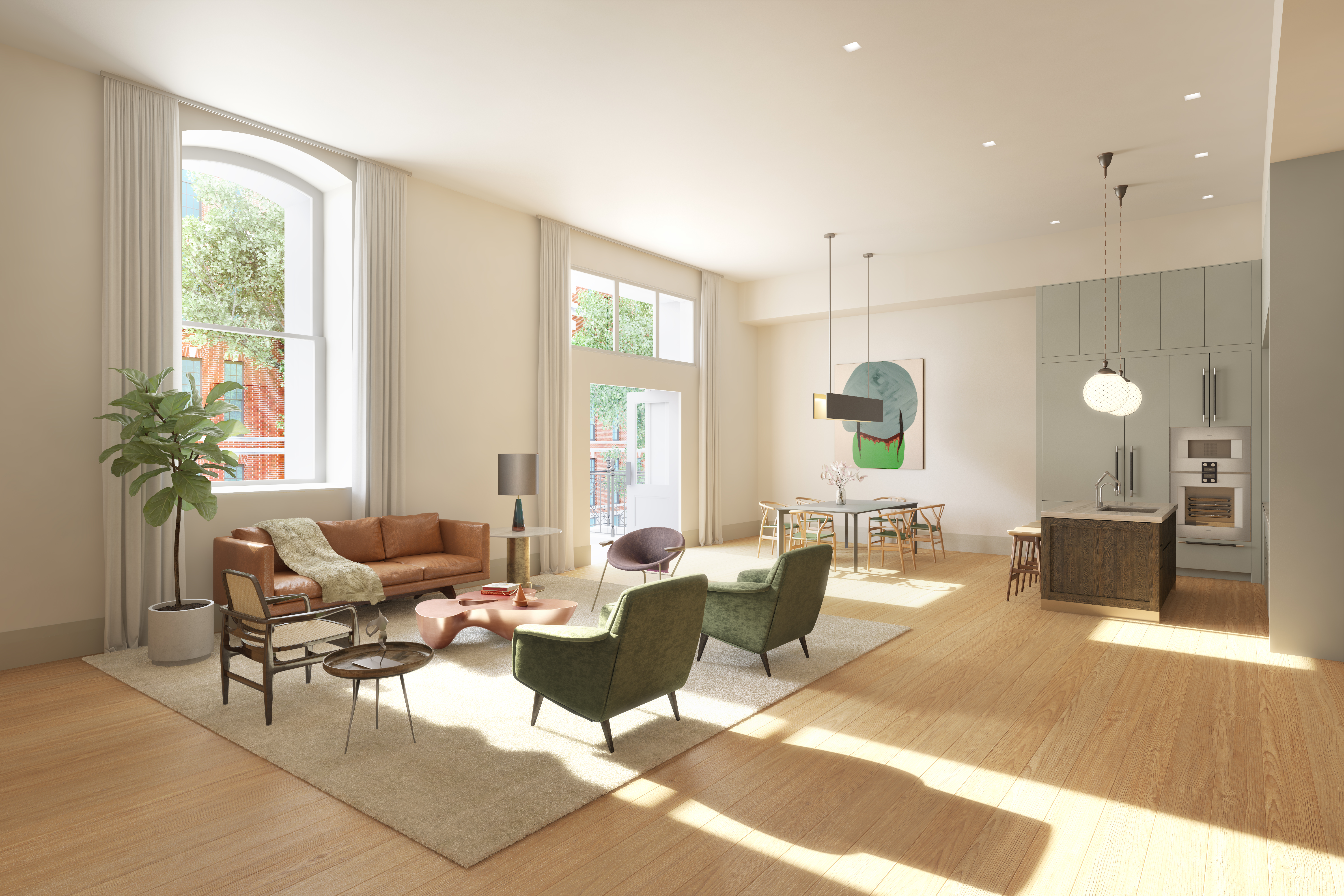 A rendering of a condo at the Polhemus. (Courtesy of Fortis.)

A rezoning would have allowed an additional 370,000 square feet of housing, DNAinfo previously reported, as well as as 225,000 square-feet of affordable housing, a school and retail.