The founding mission of Labyrinth Books, as it was then called, was to offer Columbia University professors and students all the literary resources they might need.

Twenty years later, the shop is still in business under the name Book Culture, after expanding to two sister locations in the neighborhood.

Its core purpose hasn't changed all that much over two decades, co-owner Doeblin said. 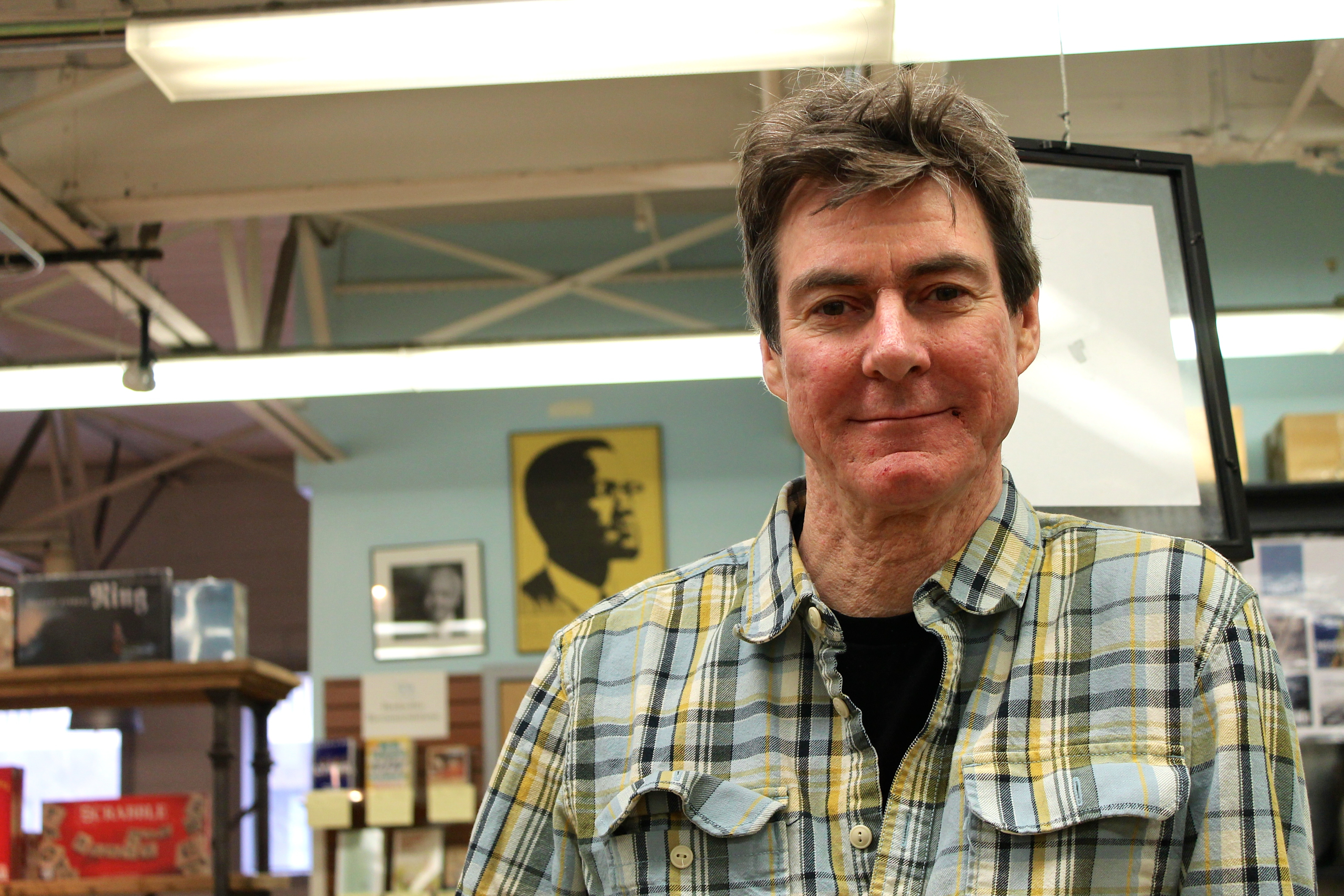 Doeblin and his family have lived on 110th Street for more than 20 years, he said. (DNAinfo/Emily Frost)

The store maintains its dedication to academic books published by university presses.

"We buy everything basically everything that we can in philosophy and history, African-American studies, women's studies, anthropology, psychology, and all kinds of literature," he said on the same day that Book Culture held its 20th birthday party.

That's important to the Morningside Heights resident because, in his words, "bookstores have always been a place where cogent work has been transmitted from the best of our thinking society to the masses."

DNAinfo New York spoke with Doeblin about his bookstore's celebratory plans, its most memorable customers and events and its future. The following interview has been condensed and edited for clarity.

Columbia University played a large role in the bookstore's launch. What's your relationship with the college like these days?

It's largely just mercantile. Columbia owns a lot of property and their our landlord. But we really don't have strong ties to their administration any more.

What we still have is a terrific relationship personally and academically with all of the faculty. We still solicit course book lists for everybody. They are our customers and our supporters.

Why is Morningside Heights a great neighborhood for an independent bookstore?

If you look at the history of bookselling in the city, this place was a pocket of safety from the chain store expansions.  Chain store growth really needed very large spaces and we didn’t have that.

We were basically off the radar and were able to survive through that period of the '80s and '90s. All the stores around the 82nd Street Barnes & Noble closed, every single one of them. Shakespeare & Co., Eeyore's Books, Endicott Booksellers — they all closed.

Alternatively, the inherent base here is just fantastic. Manhattan and the Upper West Side is about as literary and aspiring a group of homes as you could hope to be amongst.

Probably the biggest single thing we ever had here was [Slavic philosopher Slavoj] Zizek. That was back in the heyday, when there were more people interested in academic work and scholarship than is the case today. But we had people listening in a hushed manner all the way downstairs. We probably had 200 people in the store trying to listen to him and our store is not designed for more than 75.

Do you remember the first book you ever sold?

No, I don't. There's a man we have who's still a customer who read about us and came knocking on the door before we opened. He's an attorney and a voracious reader. He buys books relentlessly. He came knocking on our door when we were still trying to set up, and he bought books before we even started. I think he was our very, very first customer and I don't remember what he bought, but he’s been knocking on our door ever since. He goes out with a big load of books every week. I would bet that he has spent at least $100,000 over here over 20 years.

Who's the most famous customer to browse the shelves at Book Culture?

We had Meryl Streep in the other night. And Governor Pataki came in to shop. And the ambassador of Iran comes in, and he comes in with a full entourage.

Book Culture got a lot of attention from the press in 2014 when a group of employees said they were fired for unionizing. They were soon re-hired, and the labor dispute faded from view. As a manager and business owner, what did you take away from that whole episode?

If you have a storefront, it's not really viable to maintain a group of jobs for a very large number of people that are significantly interesting and financially remunerative enough to support them through decades of their lives. Over the years, hundreds and hundred of kids have come and worked in our bookshop for a period of eight months, a year, two years and gotten their feet on the ground in New York City and then gone on to publishing or graduate school.

We now have three stores, so we have more significant jobs and a few jobs people can actually live on and plan to grow into. I’d like to do more of that — the more we can empower the people we work with, the more fun it’s going to be, the more successful we’ll be.

What do you hope to accomplish over the next 20 years?

I'd like to open more stores and give more opportunities to the people we have working here.

There's been a huge cultural shift in people moving back into cities and towns. Communities want the amenities of a great neighborhood. Those are largely given to us by the shops we find out there. My goal is to open more stores in areas where the community is going to benefit from us being there. There are huge swaths of Manhattan just totally underserved by bookstores.